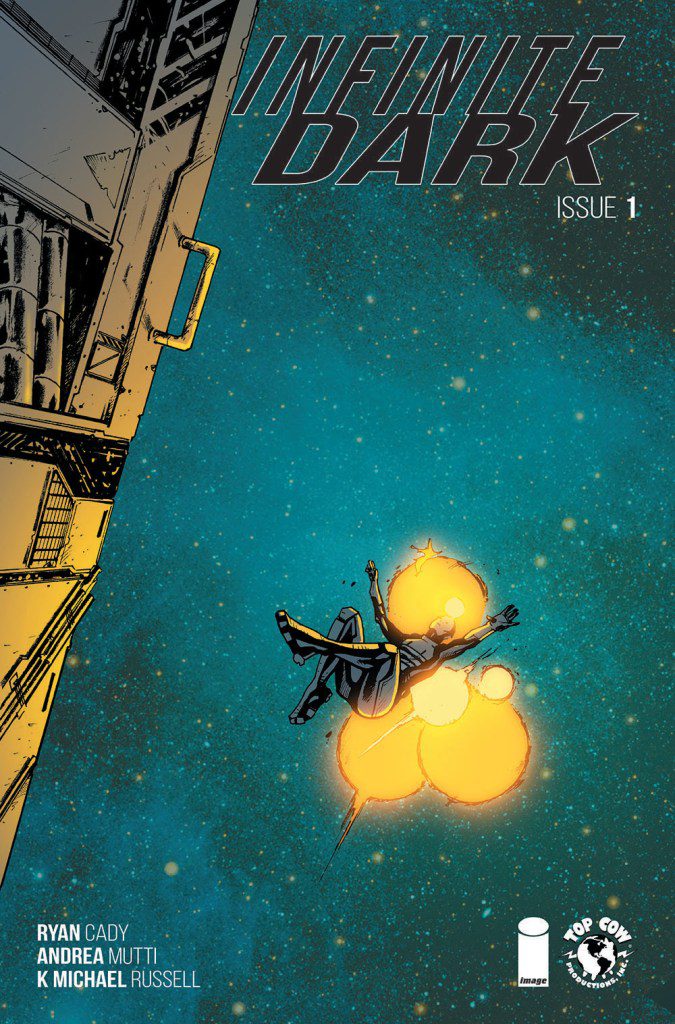 Infinite Dark is a new sci-fi horror series that has an interesting premise. First, we are introduced to our main character. Deva Karrell, who is also the director of the space station, which serves as our main setting right now. The mission is to try and save humanity as everyone lives on the space station while they search for a new home. Later, on though a situation happens where someone has been kidnapped. Things begin to spiral a bit out of control as they start the investigation. Deva is trying to keep everyone calm as they search the station and when she comes to finally confront the kidnapper, Deva notices something has scared this man to the extreme and by the end of the issue, we get a small glimpse of something that may be on the ship. That is really when the horror aspect of this comic starts.

I found it very interesting to have a sci-fi setting like this and have the belief that aliens do not exist. Deva comes off as a very collective person as she always tries to maintain order and control while staying on top of the investigation for this issue. Now that there may be a huge unknown factor coming onboard to the station, I’m very interested to see how Deva will handle this as I imagine it’ll be something that’ll be haunting the rest of the crew before anyone realizes something is there if it indeed is a real thing.

The art does a very commendable job here. The splash page where we see the station from the outside with all the stars surrounding it looked great. Characters are drawn pretty well but the faces seem to blend the same expression throughout the issue, but there’s nothing here that really takes you out of the book. The pacing of the issue is a bit odd. We spend some time learning a bit out Deva and why everyone is here. Saving the horror nature of the issue to the end was smart as it is the major thing to hook the reader in and want to go onto the next issue. I really enjoyed the coloring, especially the page where we see some explosions as they really do pop especially among so many other pages full of dark shadows but that all comes together and helps to set the tone of the book. The issue starts off a bit slow but there’s enough here to make want to come back and see what will happen to Deva and her crew.