Infinite Minigolf Heading to an eShop Near You

Zen Studios, creators of pinball games including Rogue One, Marvel, and Bethesda versions, have announced the upcoming release of Infinite Minigolf for the Switch, PS4 and Xbox One. Already available on Steam Early Access, the minigolf game looks to bring the exciting family sport to the newest console generation. 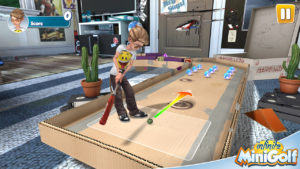 The intent of Infinite Minigolf’s developer was to create “a game  designed to never end.” Tools such as a course creator allow gamers to develop and share their own courses. A previous iteration of the game, Planet Minigolf, had an underdeveloped form of this mechanic that spawned over 80,000 holes. Between this and the variety of gameplay modes and powerups, Infinite Minigolf looks to generate a fun and imaginative experience to hook in gamers, especially with the Switch’s portability. 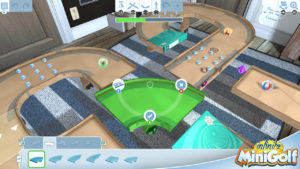 Look for Zen Studios’ Infinite Minigolf to release on the eShop, PSN, and Xbox Live this Spring.

What are your favorite small scale sports games? Are you looking forward to minigolf on your console? Please comment below and stay tuned to GWW for more video game news.