The Third character pack for Injustice 2 has been revealed and it’s a doozy. Fans knew for some time, based on the silhouette, that Atom was joining the roster, and majority also speculated that Enchantress was the female silhouette, but the one straight out of left field has fans on social media going crazy. The third character(s) to be revealed in this back are the Teenage Mutant Ninja Turtles.

Many fans including myself were skeptical when NetherRealm Studios decided to bring two previous Mortal Kombat characters into the fray instead of utilizing the already massive roster DC has to offer. However, adding the Teenage Mutant Ninja Turtles was a move that no one could have expected.

As a long time fan of the Ninja Turtles, I think it’s great! I’m excited to see the turtles take on the likes of Gorilla Grodd and Swamp Thing.

I am curious to see how they will play.

Leo, Mikey, Donnie and Raph are no strangers to the DC universe. Recently, the turtles teamed up with Batman in an epic 6 issue DC Comics IDW team up event.

What are your thoughts on the Turtles with Attitudes to the roster? Think you will play as them? 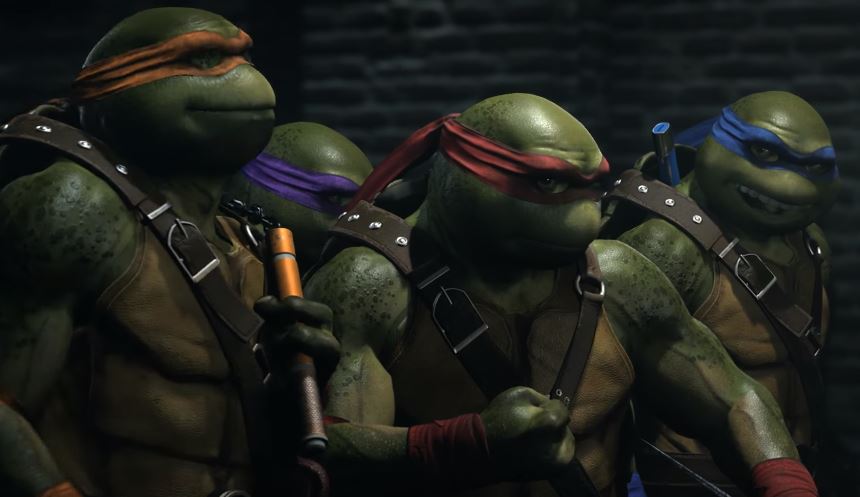