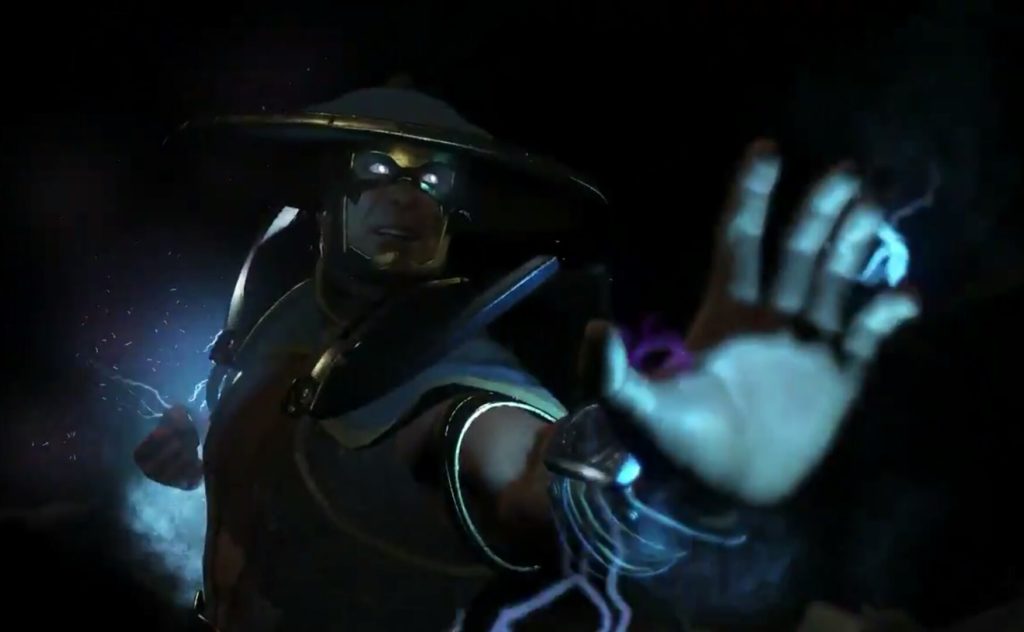 Black Manta is a great addition to the game, especially since we haven’t seen much of Aquaman’s villains showcased before. Manta had already been teased in the game as players can catch a glimpse of him during an area transition while fighting in Atlantis. I am interested to hear the dialog between the two.

Hellboy was a inclusion that came completely out of left field and I absolutely love it. This was a brilliant move from NetherRealm. Hellboy is seen in the trailer catching one of Black Manta’s missiles and using the flame to light up his cigar. 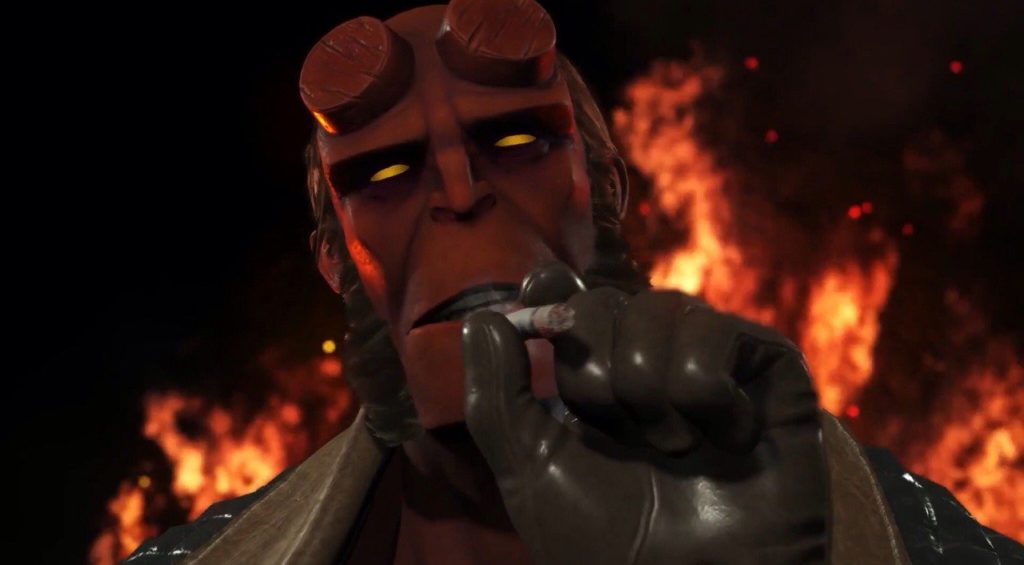 Thanks to the DLC silhouettes revealed earlier this summer, it was no surprise that Raiden was making his way to the game at some point. So far, this character announcement has been met with mixed reactions across the web. Personally, I love this series. Injustice 2 is one of my most played games of the year. However, I do feel like the inclusion of these Mortal Kombat characters is such a wasted opportunity. Netherrealm has such a huge DC line-up at their disposal. Sub Zero was great but now we are getting Raiden and now thanks to a tweet from Ed Boon, fans have been speculating that Cyrax is set to make an appearance in the game. That, or he could be trolling us. I prefer the latter.

Mortal Kombat XL was a fantastic fighting game, but being that this is a DC game, I would have loved to see their lineup fully utilized. If we absolutely needed a character with lightning abilities, what ever happened to Static? Perhaps, it is still possible to get him as a Premium skin?

For Fighter Pack 3, My wish list includes any of the following: Constantine, Etrigan, Beast Boy, Nightwing as Deadman, Martian Manhunter. Or if we are going the route the recent Rebirth issues are going, bring in some of the Watchmen characters.

Again, as a huge fan of the series, I’m going to play regardless but adding more than one Mortal Kombat characters feels like the developers may be going the easy route.