Of all fighting games released in recent months, I was most looking forward to Injustice 2. Though I have had issues with NetherRealm Studios’ previous game, Mortal Kombat X, I was a big fan of Injustice: Gods Among Us. Not only is it a solid fighting game that both casual and hardcore fighting game fans can enjoy, there is a well-written story that comic book fans can enjoy. With the game’s release, does it live up to expectations? As a fighting game, it is easily one of the best around. A solid gameplay system that is not only gorgeous to look at but pleasant to listen to. As a story-driven game, however, it fails to perform. Depending on what gamers are looking for, they might not find it here.

Before discussing Injustice 2’s story, let us go over the core of this game, the fighting system. In terms of gameplay, it is hard to fault Injustice 2. Some fighting game fans might criticize its predetermined chain strings, an issue some have had with the first Injustice and the Mortal Kombat games, but this is more an issue of personal preference than an actual fault with the game itself. Exact button inputs and precise timing is important to not only executing basic strings but more advanced combos. Combat becomes even more interesting thanks to an assortment of special moves, super moves, and various advanced techniques, more that any character can use. These include powered-up special moves, juggle attacks, stage transition attacks and new evade moves that allow players to dodge attacks even in the air at the cost of the super meter. It is difficult enough to be enjoyable to fighting game enthusiasts, but not too difficult that those new to the genre couldn’t pick it up.

The game’s starting roster consists of twenty-eight characters, twenty-nine if you include Darkseid who was a pre-order bonus character. Not only do these characters have their own unique set of moves and play style, but returning characters retain much of their move list from the last game. This means players won’t have to spend hours relearning their favorite characters. This is a big plus for players like me who spent hours replaying the original Injustice to prepare for Injustice 2. One issue that can be found with the cast, however, is that certain characters that survived the events of the last game are missing here, most notably Damian Wayne as Nightwing, who players fight in story mode. This was an issue that players had with MKX as a number of characters players fought in story mode weren’t included in the game’s initial roster. Whether they will be included as future downloadable content characters or not is uncertain at this point.

Graphically, Injustice 2 is easily the best looking fighting game available. Character costumes are not only well detailed, but they are also comic-faithful. Moreover, facial models and animations are incredibly lifelike. Rarely did I ever find myself in uncanny valley territory, a feat that even high budget role playing games have trouble achieving. Stages as well are beautifully crafted, so much so that they can be distracting during fights. These arenas are a treat for comic fans as they’re filled with lore. The most striking of which is the Rock of Eternity, which looks like it has its own compelling story to tell. Suffice to say, NetherRealm Studios once again sets the bar for its graphics with Injustice 2.

As with the previous Injustice game, although the background music is serviceable, what really shines is Injustice 2’s audio with an all-star voice cast. Kevin Conroy, who voiced Batman over the years, returns, as does Tara Strong, known for her performance as Harley Quinn in the Batman Arkham series. George Newbern and Susan Eisenberg, who voiced Superman and Wonder Woman respectively in the Justice League animated series, have reprised their roles as well. All give strong performances which really help bring these characters to life. The one exception, however, is the miscast Phil LaMarr as Aquaman. LaMarr, a talented actor who’s well-known for voicing John Stewart in the Justice League animated series, doesn’t seem to fit the role. Considering how many Justice League alumni are in the cast, it is surprising that NetherRealm Studios couldn’t get Scott Rummell to reprise his role as the King of Atlantis.

Considering how great the rest of the game is, it is a shame that Injustice 2’s story is such a letdown. Even considering the events of the previous game, where Superman and much of the Justice League operated as part of the tyrannical Regime, characters not only behave out of character, they lack any depth. For example, despite her familiar appearance, Wonder Woman’s behavior is almost unrecognizable. Considering the events of the past games and comics, her behavior makes little sense. Other characters, like Atrocitus, are awkwardly shoehorned into the story for the sake of including them into the game’s roster. The Red Lantern leader shows up, fights Hal Jordan then leaves, without any real reason being given. There are moments in the story when we expect there might be greater depth and development, since we see former Regime members like Superman returning to form and showing that, even after everything that has happened, they are still capable of truly heroic deeds. By the final chapter, however, this all falls apart, leading to a flat and painfully predictable conclusion to the story.

Although the story is serviceable, I expected more. Brainiac’s attack on Earth presented an opportunity to tell a much stronger story than this, especially in the Injustice universe. The rise of Grodd’s Society, the threat of Brainiac and the release of Superman, the former leader of the tyrannical Regime, provided an opportunity to build an interesting world for future comics and games. There are even moments within the story that give the player the hope that, even if the Justice League can’t be restored, there can be an uneasy truce between Batman and Superman’s forces. The inability of the story’s writers to take advantage of these plot points and craft a deep and meaningful story is the game’s greatest fault. As a result of this failing, I cannot recommend this game to those who are buying it primarily for the story.

Though I doubt many players will replay the game’s story mode after fully completing it, that doesn’t mean there isn’t a wealth of content here for players to enjoy. The game’s Multiverse Mode is filled with single player content. Besides the traditional arcade towers, there are challenge towers for players to test their skill with. Just like MKX, there are hourly, daily and weekly challenges for players to complete. For those looking to play online, Injustice 2 offers a very stable multiplayer, a significant improvement over past NetherRealm Studios games. No matter which mode players choose to spend their time with, they are rewarded with in-game currency, armor and colors to customize their characters, and Mother Boxes which are filled with this loot. These constant rewards keep players returning to the game long after they’ve played through all modes. Suffice to say, having purchased the game myself, in terms of wealth of content, I believe I got my money’s worth. 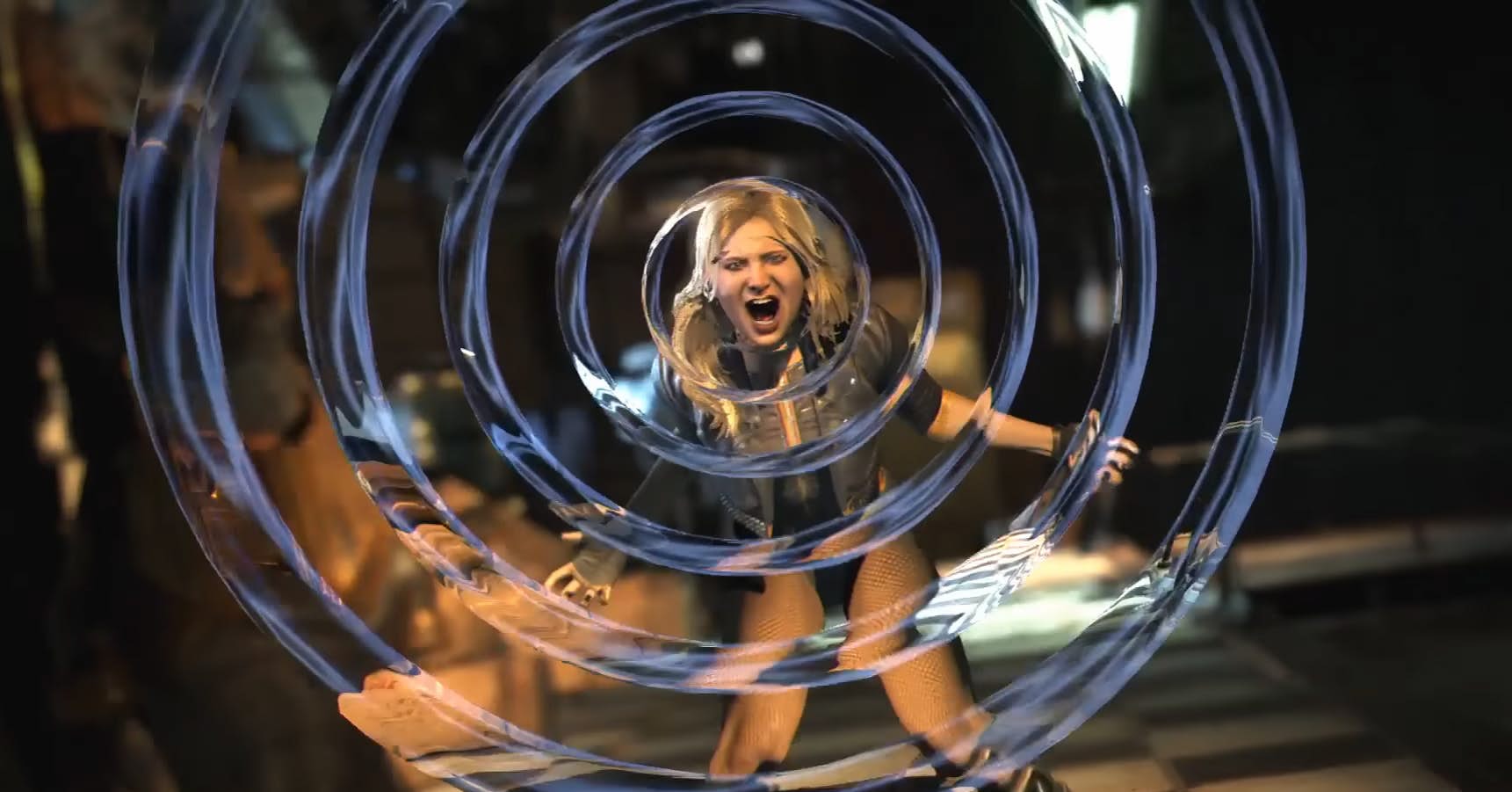 As a fighting game, Injustice 2 sets the bar for fighting games in terms of graphics, audio and gameplay. For fighting game fans, this is not a title to be missed. In terms of story, however, it fails to live up to expectations. NetherRealm Studios had an opportunity to build upon the world they created with the past Injustice game and tell a meaningful story with depth to form the foundation for future games and comics. Instead, we have an uninteresting and predictable story filled with characters that aren’t recognizable and lack cohesive plot. Considering the stories DC Comics have told in the past like Identity Crisis, which address the issue of superheroes crossing moral lines, it is upsetting that a similar effort wasn’t made here. If you are looking for a solid fighting game that is as enjoyable to watch and listen to as it is to play, then this is the game for you. If, however, you are looking for a well-written comic book story starring your favourite DC Comics heroes, I would recommend looking elsewhere.

Highlights: A solid fighting game with great graphics and a lot of content for players to unlock.

Weak Points: A story that doesn’t live up to expectations due to a poorly written story and a lack of character development. 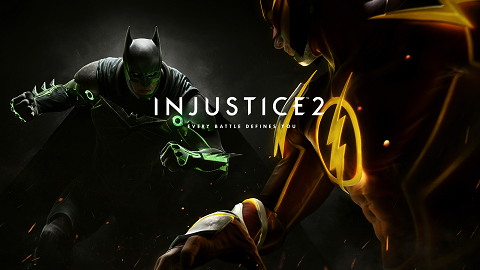