I read a comic… on my Nintendo Switch

Nowadays, you can read comics just about anywhere. You can read them on a computer, a phone, an iPad, or an Amazon Kindle to name a few. Digital offers benefits not found in print, the most notable of which is portability. Carrying a tablet with hundreds of comics loaded on it is considerably easier than carrying a 7 pound Omnibus. Digital’s second biggest strength is price, with most subscription based services charging you a set fee for access to their library, which adds up to thousands of dollars if you were to get those same comics in physical form. You’ll find all of these features and more on Nintendo Switch’s exclusive comic reader, InkyPen.

(Due to an anti-piracy prevention, InkyPen forbids screenshots, so all following pictures are taken with my iPad) 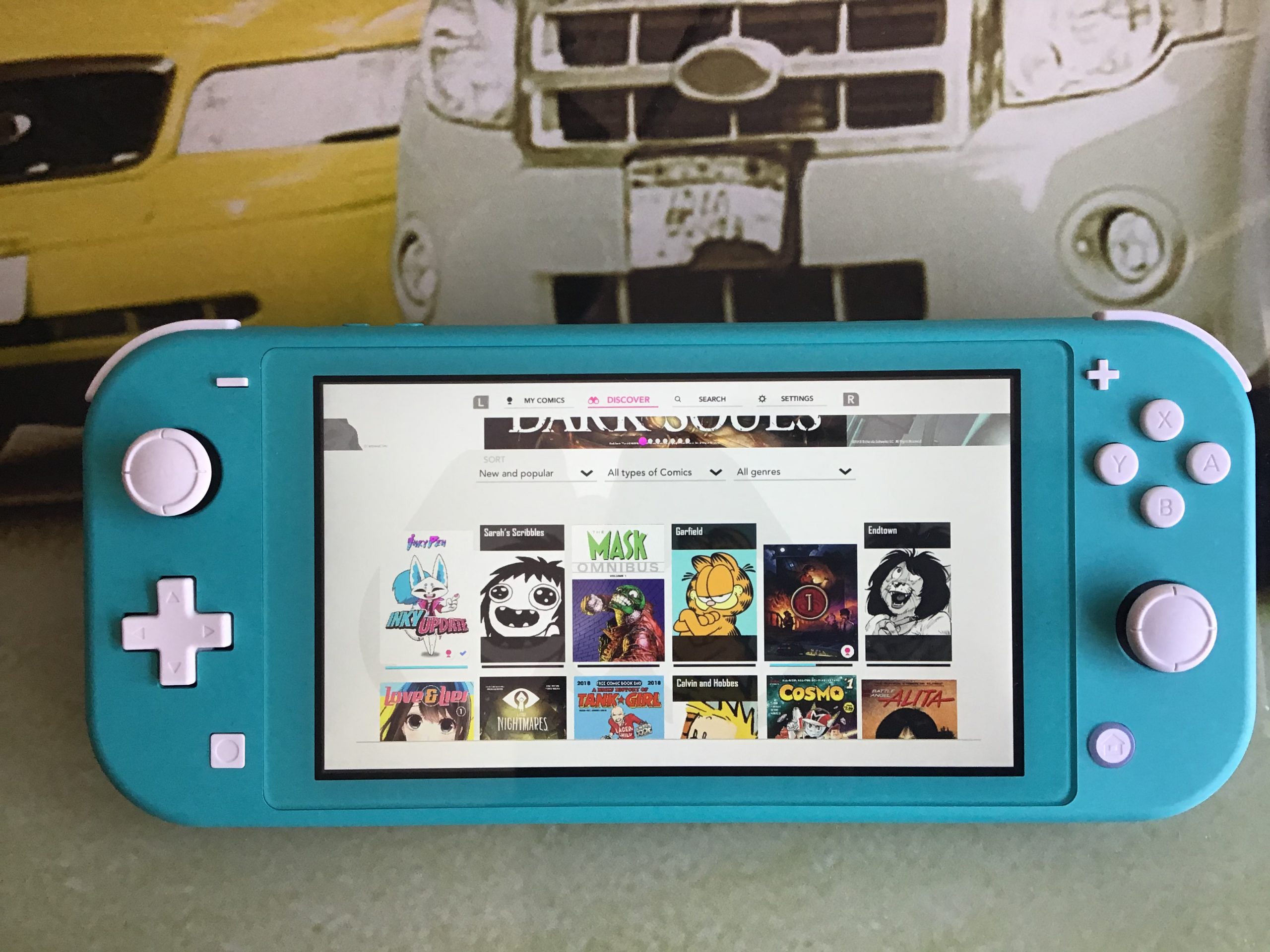 InkyPen released on the Nintendo eShop in December of 2018, and now boasts a library of over 10,000 unique comics. There’s no Marvel or DC on the platform, but the other publishers on it are more than enough to make up for it. You’ll find some of the best comics from Valiant, IDW, Dynamite, and Archie Comics among others. InkyPen recently partnered with Kodansha USA, giving subscribers access to titles such as Hajime Isayama’s “Attack on Titan”, Akane Shimizu “Cells at Work!”, and Yukito Kishiro’s “Battle Angel Alita”.

Readers can also treat themselves to some comic strip classics, as both Bill Watterson’s “Calvin and Hobbes” and Jim Davis’ “Garfield” are available on the service. If some of the more mature content isn’t to your liking, you can change the settings on your account to restrict comics with a certain age rating, making it very simple to lend your Switch to your little child or cousin without worrying about them stumbling on any unsuitable content.

When logging in, the platform takes you to the homescreen. Here you can browse the “Discover” section, where you can filter by type of comic, genre, and titles. Once you select a few comics, they’ll be added to your “My Comics” section, where you can keep track of all the titles you are currently reading with bookmarks. There’s no InkyPen originals on the service, although it does have a charmingly sweet strip where the app’s mascot tells you about the app’s latest updates in comic form. 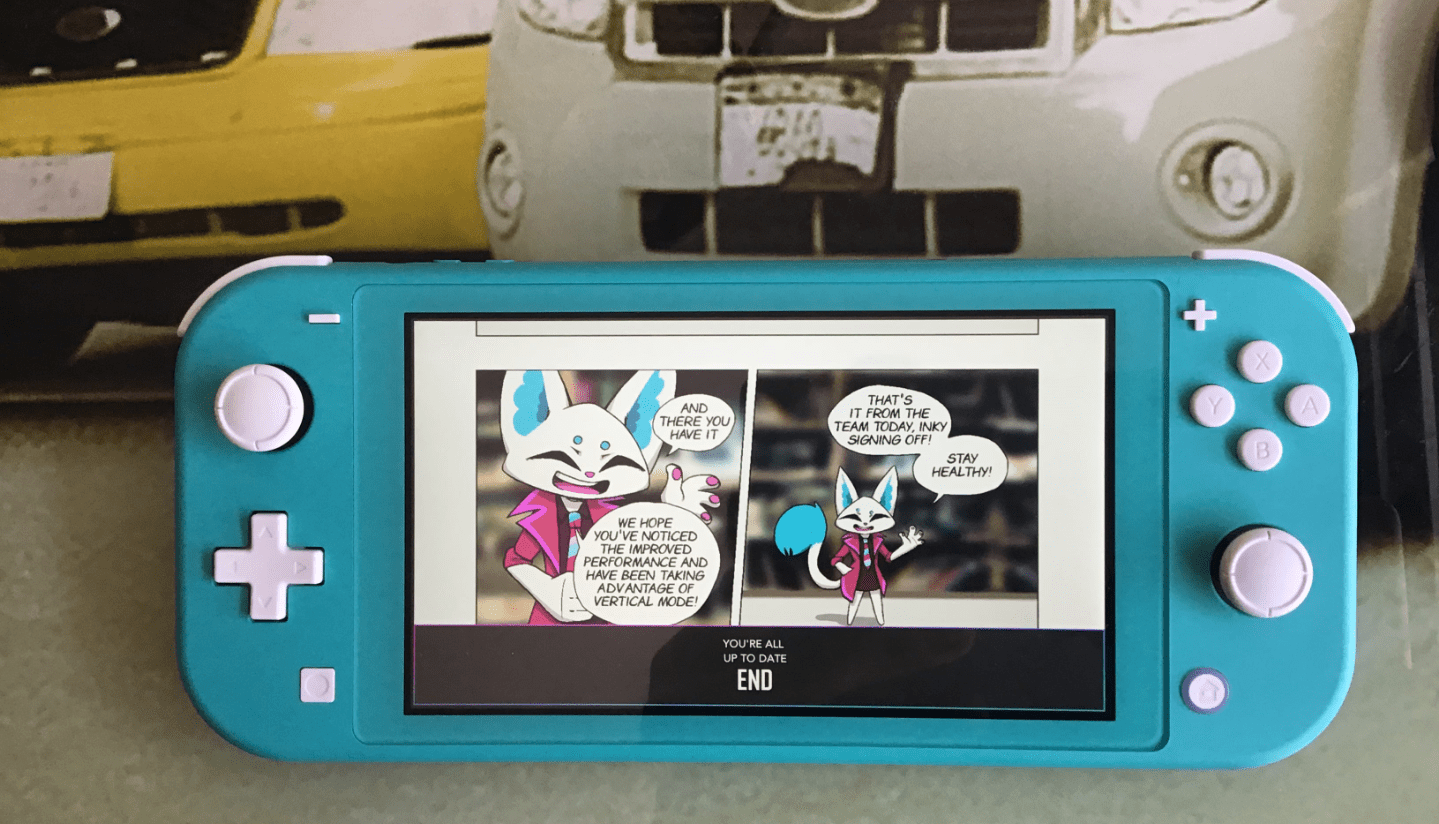 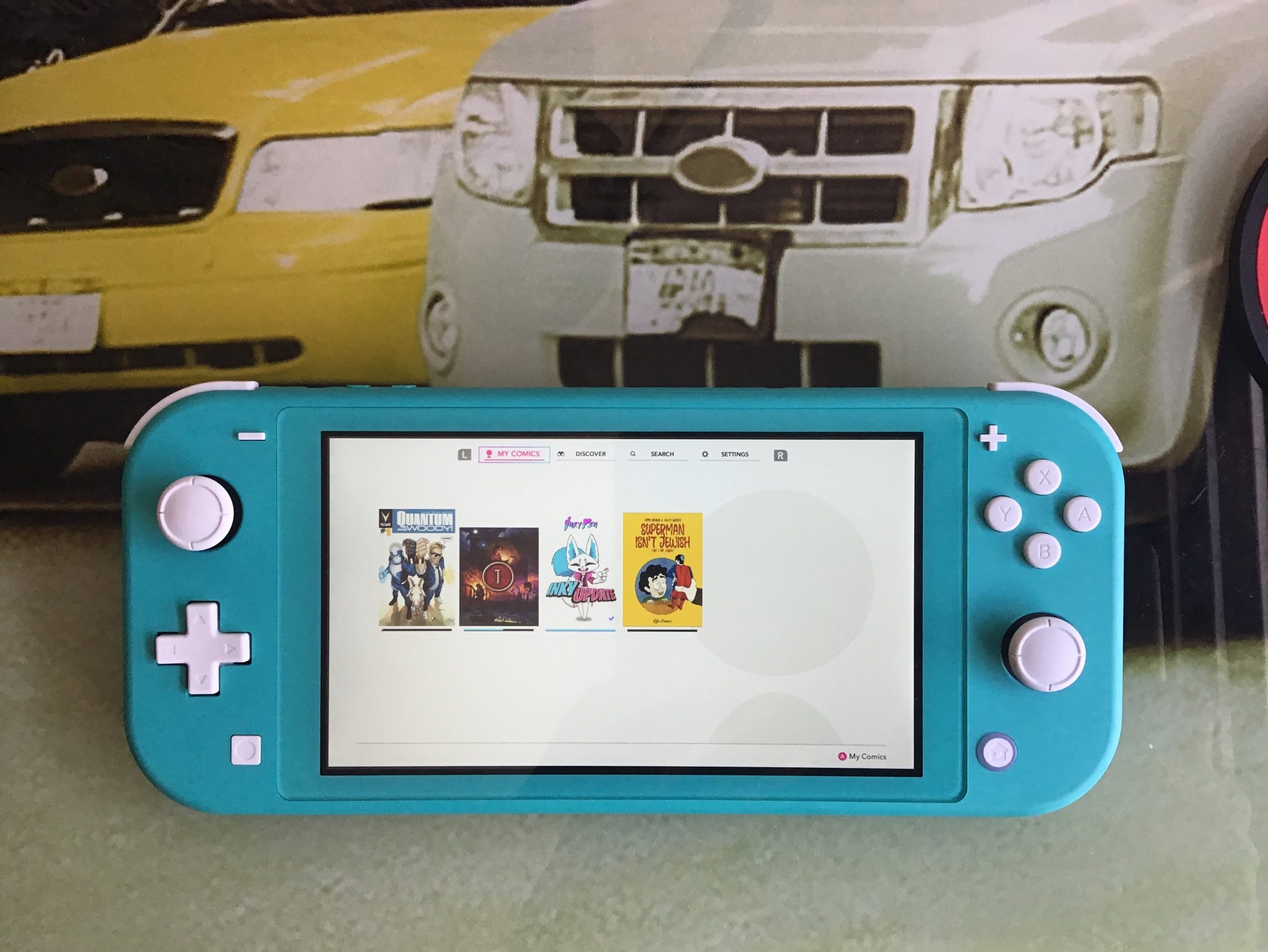 The service actually has so many options, I was having trouble choosing what to read. So I went on InkyPen’s twitter, assuming they must have promoted one or two interesting comics. Sure enough their latest tweet was a plug for Daniel Lieske’s “Wormworld Saga”, a small little indie project from the German creator funded through Patreon. I decided to check out the first 5 chapters (of the available 9) to see if I enjoyed it, and what I ended up reading was much more than the expectation I had made for myself after taking a look at the cover art. I messed around with InkyPen’s settings before starting my read, as it offers a variety of options.

You have two options to choose for reading your comic. One is the “Book” function, which will display your comic as two pages that you scroll through sideways. The other is the “Scroll” function, where the page will be stretched to fill out the screen horizontally for you to cycle downwards on. You can scroll through the comics in 5 distinct ways. 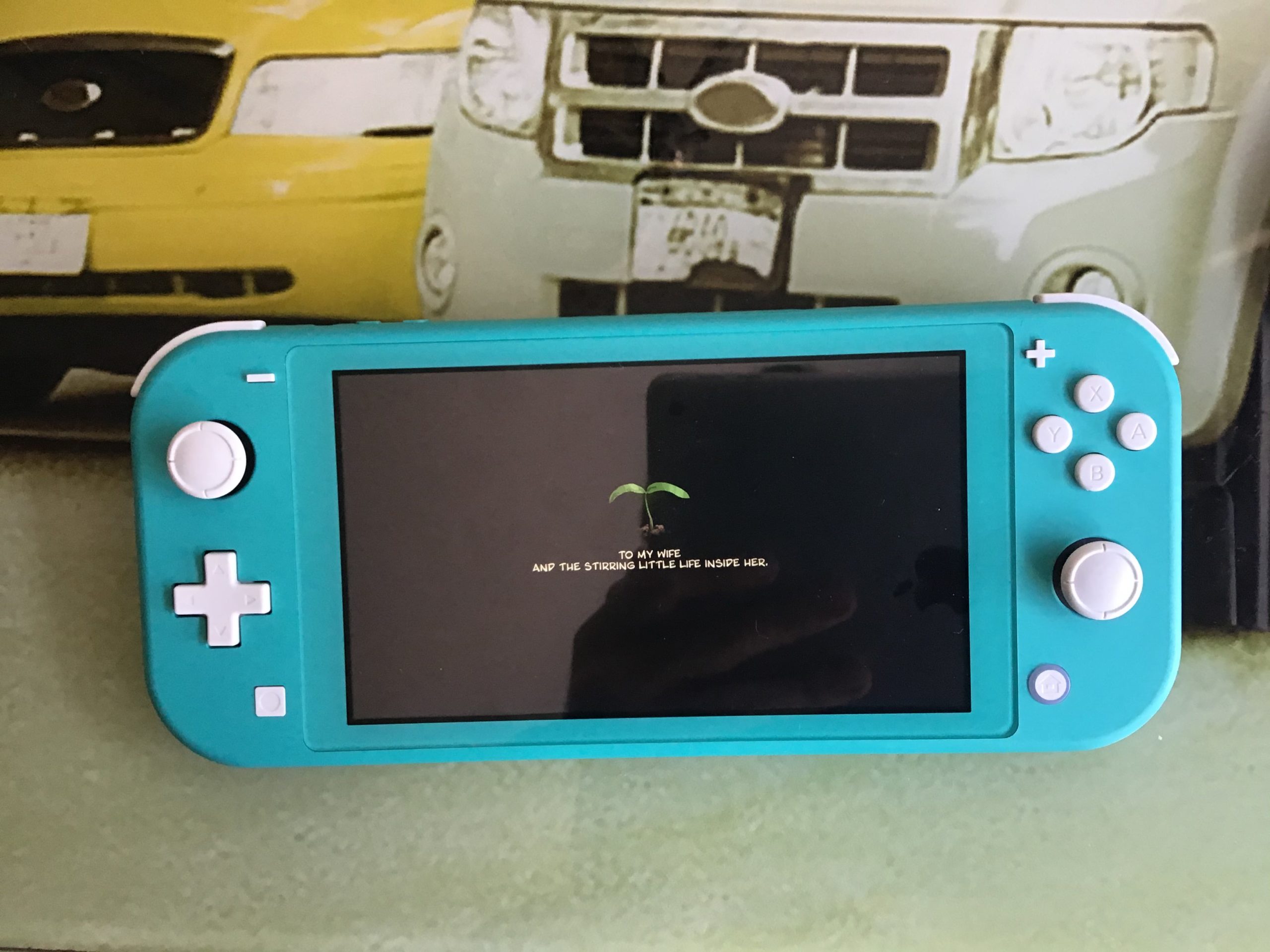 You can choose to either read the comic sideways, or use the Rotate function to turn the screen vertically. Vertical Mode will give you a similar experience to reading comics on a phone (I even compared with my own phone to confirm it). You can zoom in with your fingers, or with the A button. The B button brings up the menu, while X and Y do nothing. The - and + buttons also have no function on the reader. After choosing your desired settings you can go ahead and start your read. 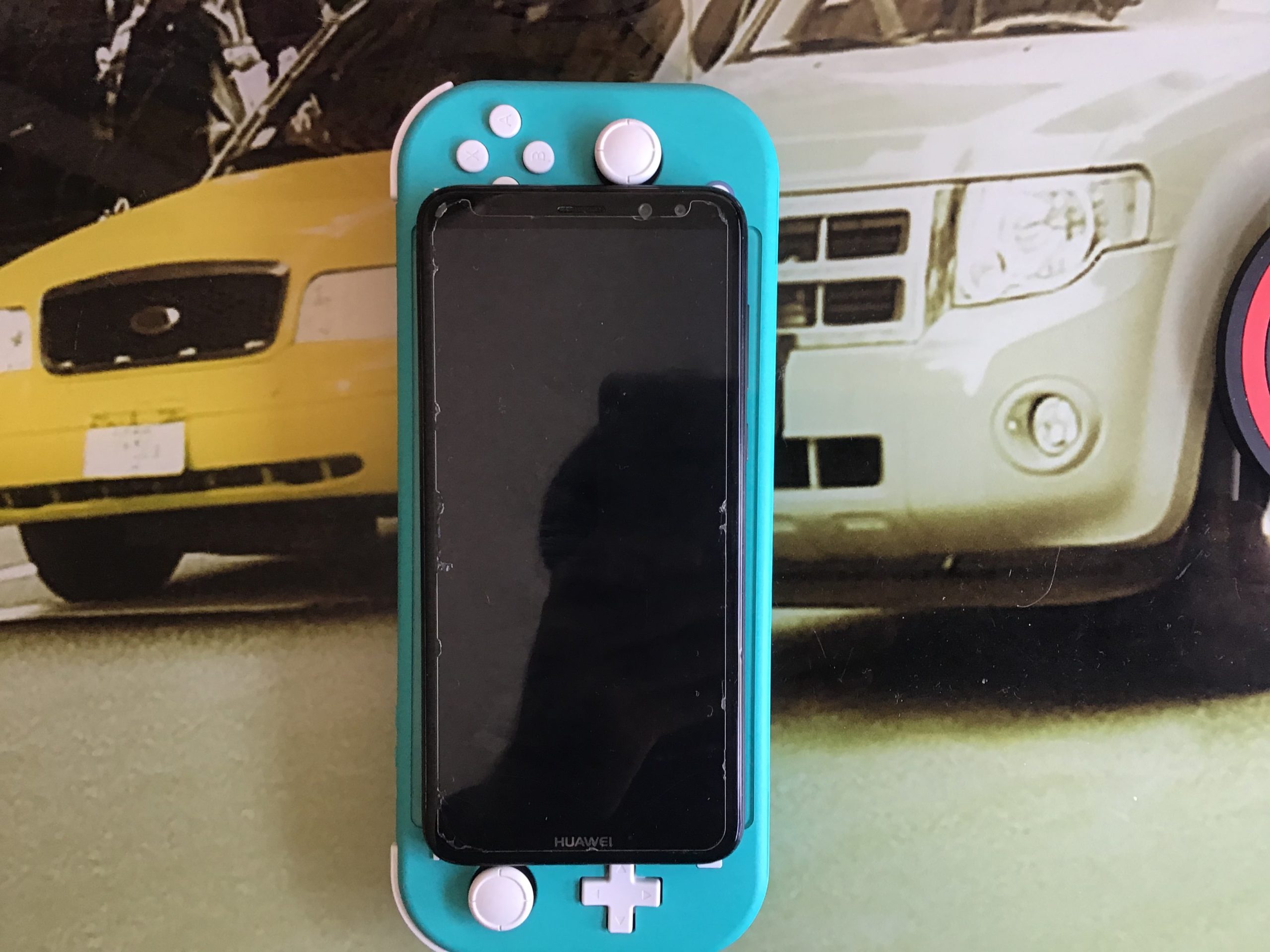 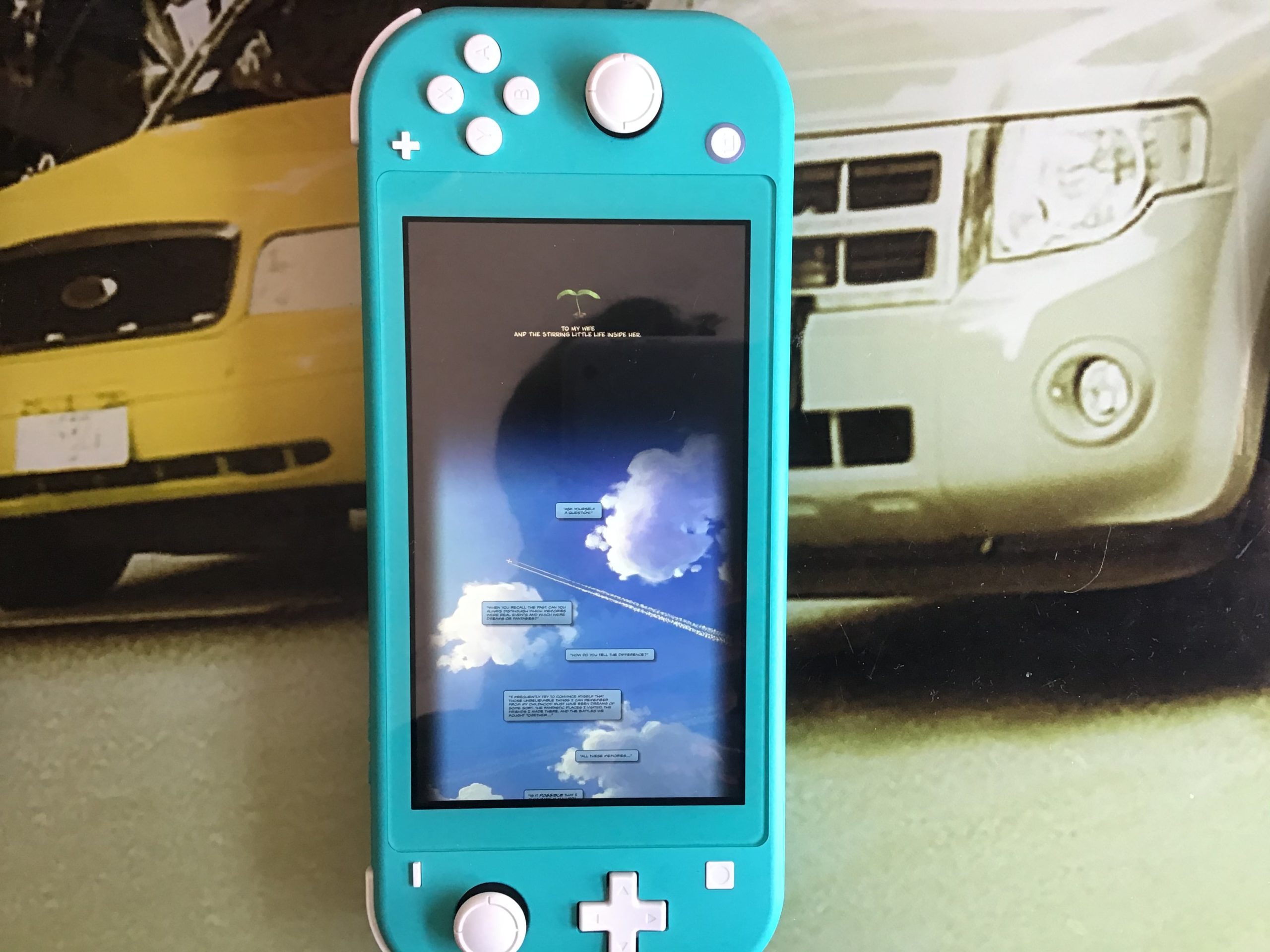 The Wormworld Saga is both written and drawn by Lieske in a style reminiscent of children’s art books in the best way possible. As I was reading it, I constantly found myself stopping and looking at the imagery, which manages to make even a simple car ride look dreamy and other-worldly. A curious element about this particular comic is that it’s artistically optimized for vertical viewing. There is no obvious page breaks like you’d find in a normal comic, with each “page” leading seamlessly into the next one, giving the impression that you’re actually just reading one really long vertical image. 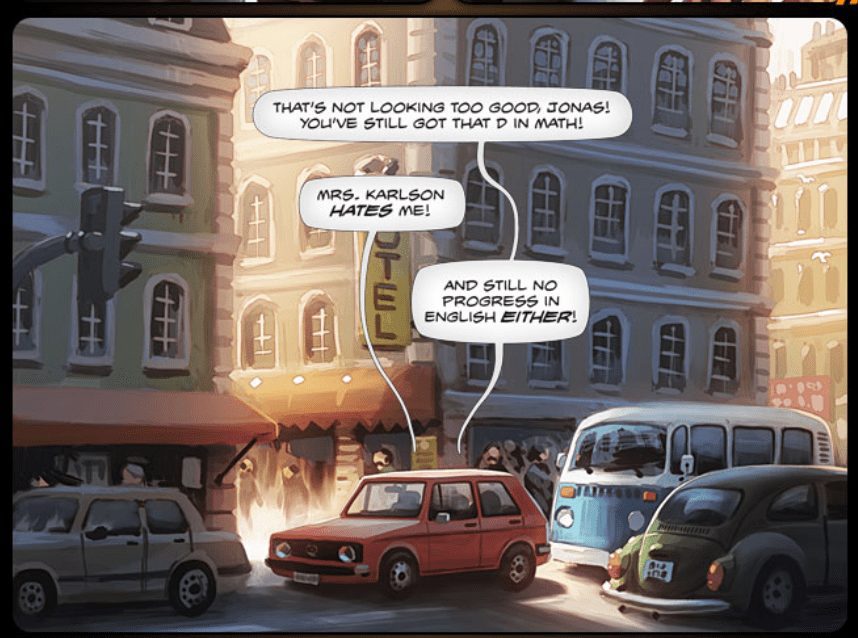 The plot revolves around Jonas Berg, an absent-minded student on the cusp of entering middle school. He prefers to doodle in his notebook and play with action figures rather than paying attention in class, which he then makes up for by copying his friends’ homework. On the last day of school, Jonas’ father picks him up to spend their vacation at his grandmother’s house out in the country. His mother’s absence isn’t immediately called out, with our first clue to her fate coming in the form of a dark and sudden flashback to a house fire which made Jonas develop a form of pyrophobia (the fear of fire). The story never brings it to the forefront, but it becomes clear that his mother died in the fire and that it has caused some tension between Jonas and his father. 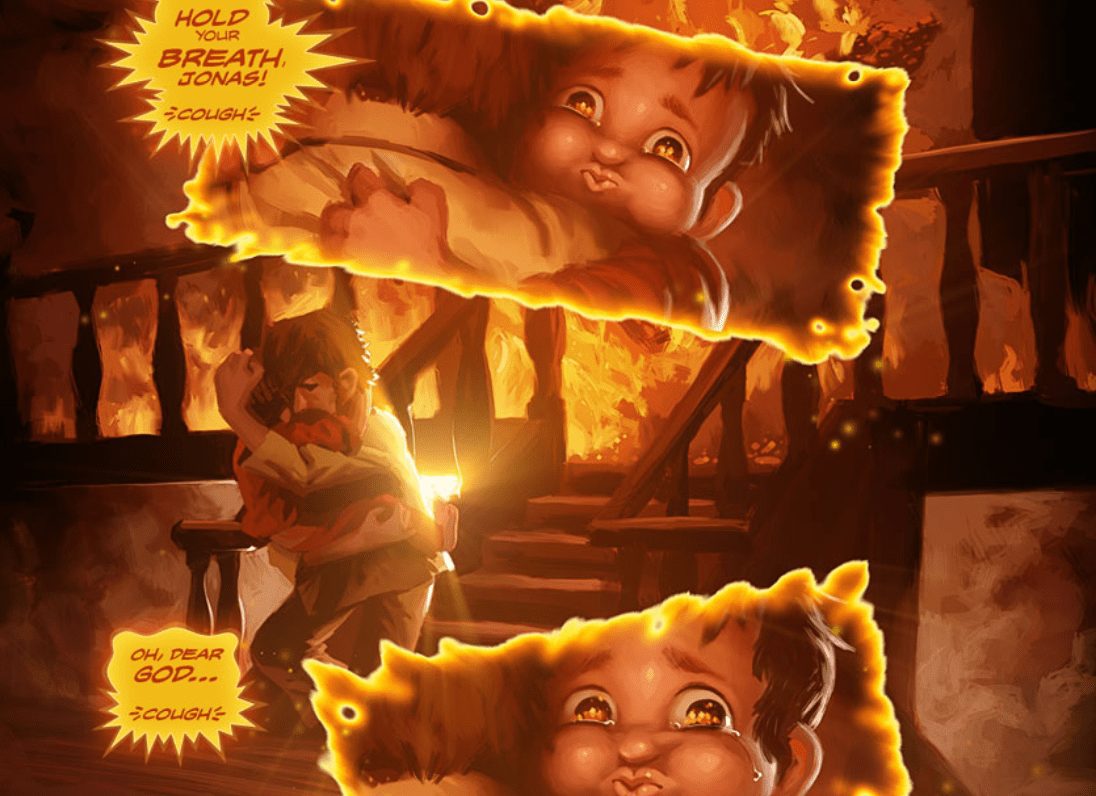 Lieske takes a bit of time to establish the characters and tone before the inciting action, which is to be expected, but the sequences feel worthwhile and integral to the story rather than something mandated so we can care about the characters. There’s a lot of moments in the book that reminded me of my own fantastic adventures as a kid, running around outside my house with toys and plastic swords as I slayed countless of invisible enemies. That feeling remained throughout much of the book, as even the slower moments were enhanced by the (literal) childlike sense of wonder imbued in the story. The dialogue in the story isn’t hammy, with some fun jokes sprinkled in that got a lot of chuckles out of me. 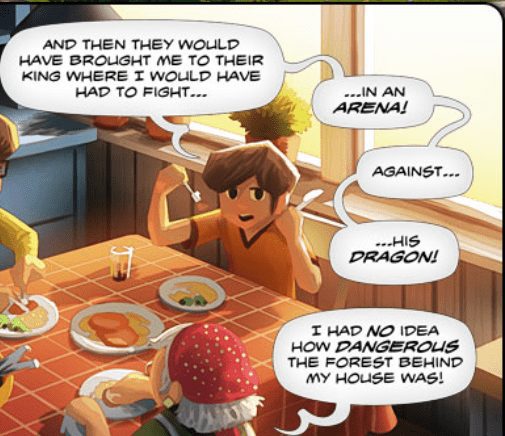 The action kicks in when Jonas accidentally falls inside a magical painting (in a Narnia-like situation), which leaves him stuck in a luscious green world filled with monsters, giant purple tigers and a group of rural natives with a culture based around “The World Root”, a giant plant erected by one of their gods to sustain them. Here Lieske employs a little narrative trick to explore the protagonist more deeply. While the story is presented in present time as we follow Jonas on his adventures, the tale is narrated by a much older Jonas, who articulates his thoughts in a much more thoughtful way. This lets the Wormworld Saga avoid the cliche of making the child protagonist too smart and breaking the reader’s immersion. Although, speaking of cliches…

The story falls back on some familiar fantasy elements, such as the evil monster that must be defeated by “the chosen one” (guess who it is), the old wise leader that goes on a long exposition-filled tirade to catch us up on the plot, and the brave warrior (a woman called Raya) who guides and mentors Jonas. However, the story’s charm and Lieske’s beautiful portraits are enough to carry it and make it enjoyable, if albeit a bit generic. 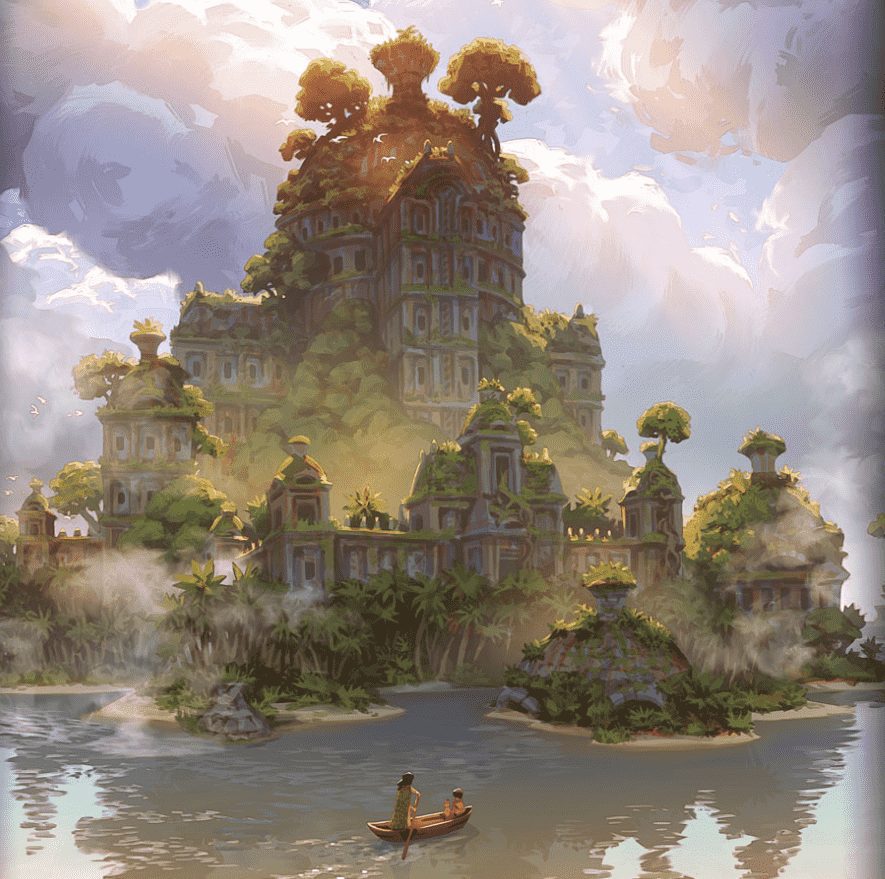 In one specific page, the author literally breaks the confines of the comic panels his characters live in, when our young hero falls through some vines and “bounces” from one panel to the next which was fun to read. The chapters are quick reads, and InkyPen will give you a prompt to go to the next one once you finish the current part. 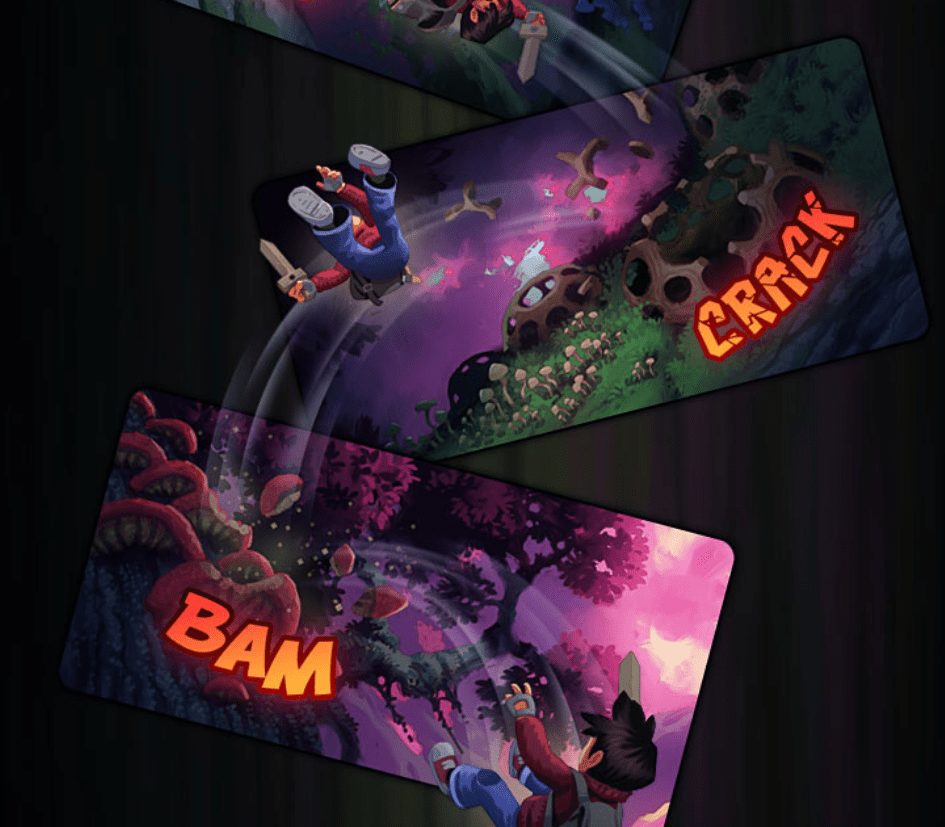 The Wormworld Saga is a neat little comic that’s sure to excite young children, and will manage to make older readers remember a time when they were the ones running around their yard with sticks playing pretend. You can read it for free at https://wormworldsaga.com/, or add it to your list on InkyPen. While it would be unfair to call the service a competitor to much larger apps such as Comixology, Marvel Unlimited, and DCU, I do think a more apt word would be “companion”. You might not use it every day or read everything on it, but InkyPen is worth the $7.99 a month if you’re an avid Switch player, giving you access to a varied catalogue of stories to read in between Smash games or waiting for your buildings to finish construction in Animal Crossing.

comics nintendo switch
Are you an Insider?News, reviews, & updates are just the beginning.