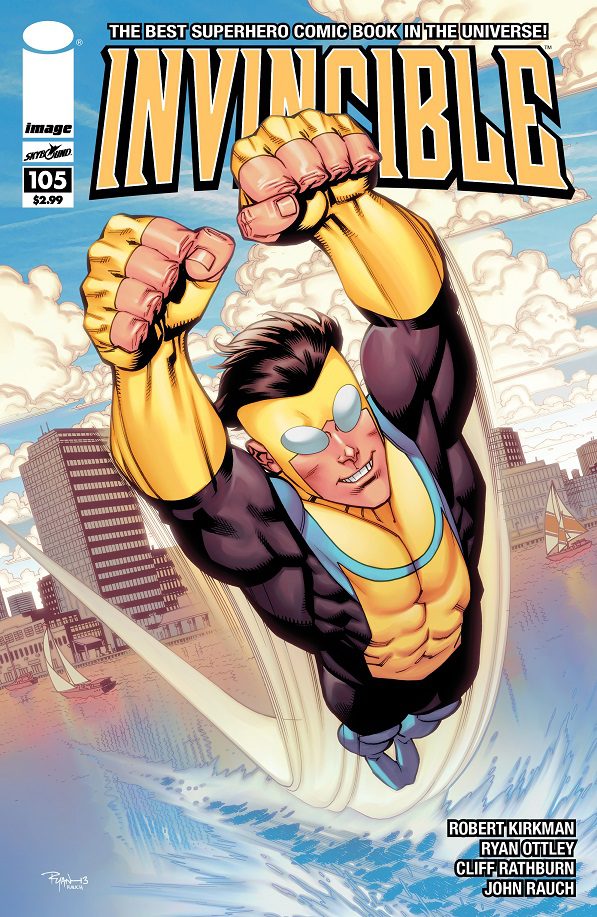 Invincible, a comic book series that ended earlier this year written by Robert Kirkman and co-created with Cory Walker is now greenlit by Amazon Studios to produce an 8 episode hour-long series. That is all of the information that is really given about this adaptation right now Kirkman is mostly famous among the mass audience for The Walking Dead comics that was adapted into a successful live-action series on AMC. A brief summary of Invincible is about a teenage boy named Mark Grayson whose father is the most famous superhero in the world right now. He eventually starts manifesting powers like his father such as flight, super strength, enhanced healing, and super speed. Mark then decides to try to become a hero too and I’ll end it there because what comes after is quite exciting.

After learning Amazon had acquired the rights to adapt Invincible, I was curious if this adaptation was ever going to happen. I think getting an animated adaptation is probably the best thing that can happen given with all the sort of events that occur. I’m also glad that this will be on a digital network so they don’t have to censor things out such as the blood, violence, and language that happen in the comics. Invincible is hands down one of the greatest superhero comics ever created that ended after a very impressive 144 issue run. I highly recommend checking out the series as a person that started it last September and got caught up in time for the final issue. If there is a series I can always recommend, Invincible will always be one of them.

Here is the official word from Skybound.

Amazon Studios today announced it has greenlit the hour-long animated series Invincible from acclaimed writer Robert Kirkman (The Walking Dead, Oblivion Song) co-creator Cory Walker and artist Ryan Ottley. Based on the popular comic book series of the same name, the eight-episode series will premiere globally on Amazon Prime Video in over 200 countries and territories.

“Robert has an uncanny talent to predict the zeitgeist, and we are incredibly excited to see him break boundaries in an animated one-hour format,” said Sharon Yguado, Head of Scripted Genre Programming, Amazon Studios. “In a world saturated with superhero fare, we trust Robert to subvert expectations while encapsulating a story filled with heart and adrenaline. We love his ambitious plan for the show and believe it will look like nothing else on television.”

Robert Kirkman commented, “I couldn’t be more proud of the series Cory Walker, Ryan Ottley and I did together for over 15 years. To know our characters will live on in multiple iterations in other media is almost too exciting to bear! What Amazon is allowing us to do in animated form is nothing short of ground-breaking, and I can’t wait for our rabid fan base to experience it!”

About Invincible
From Robert Kirkman and Cory Walker and based on the Skybound / Image comic of the same name, Invincible is an adult animated superhero show that revolves around Mark Grayson, a normal teenager except for the fact that his father is the most powerful superhero on the planet. Shortly after his seventeenth birthday, Mark begins to develop powers of his own and enters into his father’s tutelage. The series is suspenseful, action-filled, and emotion-packed, yet builds upon poignant and heartwarming moments of love, friendship, and humanity.

About Amazon Studios
Amazon Studios creates original television series which premiere exclusively on Amazon Prime Video which is available globally in over 200 countries and territories. This year, Prime Video will premiere a number of original series, including the highly anticipated Tom Clancy’s Jack Ryan starring John Krasinski, Homecoming from creator Sam Esmail and starring Julia Roberts and Bobby Cannavale, the legal drama Goliath starring Billy Bob Thornton, and a third season of The Man in the High Castle.

Have you seen this:
Nita Hawes’ Nightmare Blog #3 (REVIEW)