Episode 4 of Iron Fist has Danny hanging on literally and figuratively. Someone should have reminded him of the consequences of curious felines. As it wouldn’t be much of a series if the lead ends up dead, Danny finds himself in the presence of who he hopes are friends. One of the recurring themes in this series that I find both endearing and frustrating is Danny’s desire to want to belong to his old life. It is sweet that he wants to reconnect with the people in his life that he remembers from before, but the audience can see just how dangerous his need to trust can be. Especially, with the people whom he chooses to trust.

Danny is given information that links both his old life with his new. This information causes another moment of doubt from Danny as he starts to question whether or not it was his decision to leave Kun’Lun or was it fate that pushed him back to New York. He won’t have too much time to contemplate those questions as the situation that he finds himself in with the Meachums takes an unexpected and positive turn in his favor. All of this begs the question: What shall it profit a man to gain the whole world…etc?

This episode serves as a means of introducing the central conflict of the series and explains the secret that Ward Meachum has been hiding from everyone, including his sister Joy. The interactions between Ward and this mysterious figure are well acted. There is a condescension in Ward that borders on outright hatred for this authority figure, but the childish desire for approval and love from the man that fights against it. A conflict that this character has no problem exploiting at every chance.

Danny naiveté works on many levels, but can be slightly annoying as well. While his performance at the press conference announcing his return is well done, his struggles to catch up with the day to day operations of his company are painful to watch. The saving grace being the presence of Jessica Jones’ Jerry Hogarth (Carrie Ann-Moss) who has a personal history with both Danny and the Rand Corporation. He does make decisions that are rash and based on emotion, like a child would. 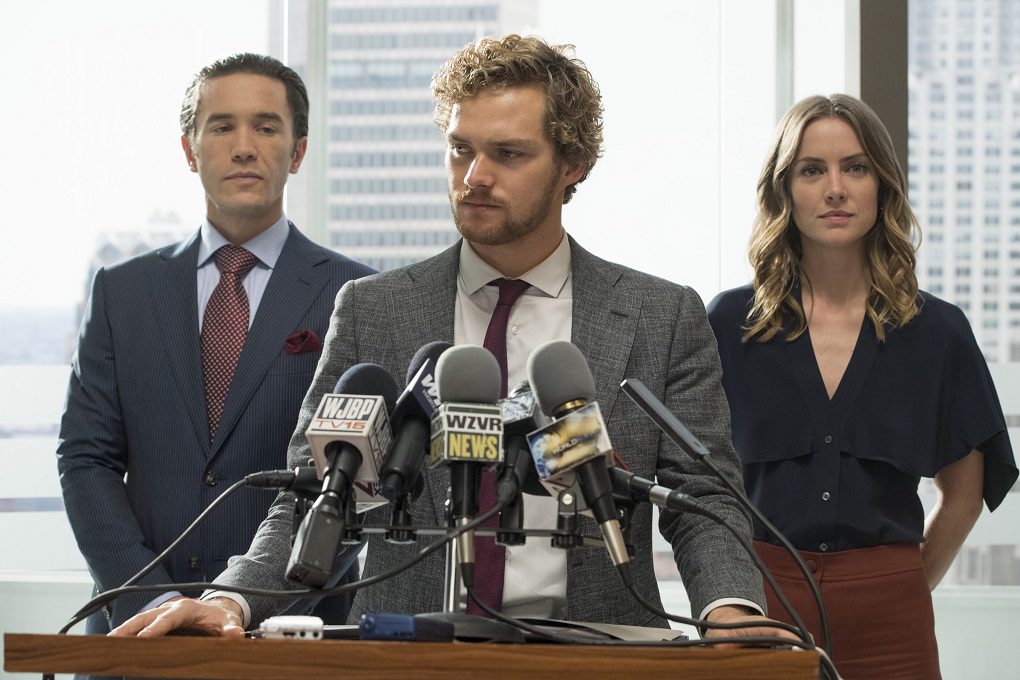 Meanwhile, Colleen has issues of her own that she is working through. Unfortunately, those issues and how she handles them could lead her down a path that she might not be able to turn away from and cause far more damage than she realizes.

The pacing of this episode is a little slow. It is exposition heavy in moments as Danny and everyone else try and explain the circumstances that they find themselves in. The action sequence towards the end of the episode involving a hallway and an attempted kidnapping is well done. It doesn’t rise to the level of Daredevil or Luke Cage, but it does serve as a more delicate show of force. Danny moves more fluidly and the manifestation of his power becomes more subdued because he’s still fighting himself internally and hasn’t fully embraced who he is as the Iron Fist. 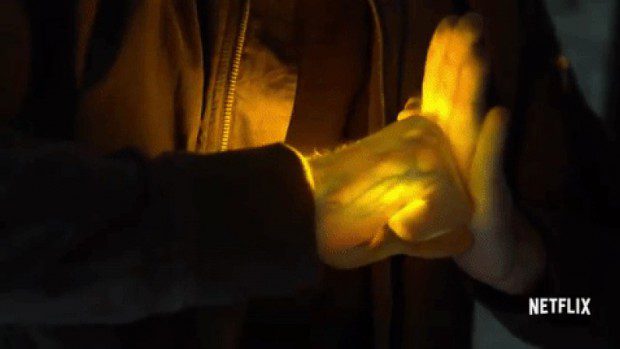 The reveals in the episode are worth watching as the world that the Marvel Netflix shows both expand and contract all at once with the introduction of a familiar face, whose agenda is unknown.