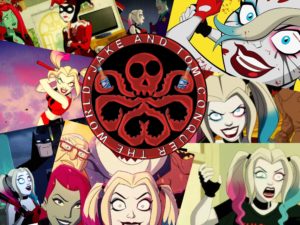 It’s been a little over a year since Warner Brothers launched their superhero based streaming service, DC Universe.  And in that times, they’ve had plenty of ups (“Doom Patrol”, “Swamp Thing”), as well as a few lows (“Titans” Season One, as well as the unceremonious cancellation of “Swamp Thing”).

Listen in as Jake and Tom give their spoiler-free review of the show’s first episode, as well as what they think is in store for the service’s future!

And, as always, be sure to help Jake and Tom in their quest for world domination by rating them highly on Apple Podcasts, following them on Twitter, joining in on the conversation over on their Facebook group, “Jake and Tom Conquer the Group“, listening to Tom’s side gig over on “Someone’s Favorite Movie Podcast” (hosted by friend of the show, Randy Perkins), and by supporting all of the great shows brought to you by their partners in internet radio, Geeks Worldwide!