Welcome to the 100th Episode of Jake and Tom Conquer the World!

Believe me when I say that the guys are just as surprised as you are that they’ve managed to make it this far, but here they are!  And to mark the occasion, they’ve decided to not only look back on the previous 99 shows, but they brought in the big guns by interviewing one of their favorite comic book artists, superstar Darick Robertson!

Listen in as the guys find out Darick’s work process when it comes to collaborating with writers, how he got through the controversy surrounding his book, “The Boys”, what it felt like to have his drawings come to life in the adaptation of “Happy“, what we can expect to see on the small screen, as well as his upcoming projects in comic books!

Be sure to support Darick by purchasing his work wherever you find your favorite comic bookretailers.  And, as always, help Jake and Tom in their quest for world domination by rating them highly on iTunes, sharing their stuff on social media, and by telling your Android using friends to listen to them via the Amazing and FREE Couch Party App, available exclusively at the Google Play Store!

Don’t forget to follow the guys on Twitter, join in on the conversation on their Facebook page, “Jake and Tom Conquer the Group“, and find more great shows like this one by checking out their partners in internet radio Geeks Worldwide & The PodFix Network! 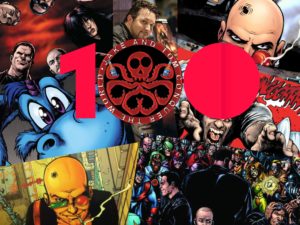