Summer is over, the leaves have turned, and children returned to their classrooms. For most, this time of year is spent by filled with hayrides, trips to the orchard, finishing the last few landscaping projects & preparing for the long winter ahead.

But for Jake and Tom, this time of year means the return of their favorite superhero related Tv shows!

Listen in as the guys give you their thoughts on the new seasons of “Arrow”, “The Flash”, “Legends of Tomorrow”, “Supergirl” & “Gotham”, as well as their first impressions of the X-Men related show, “The Gifted”! 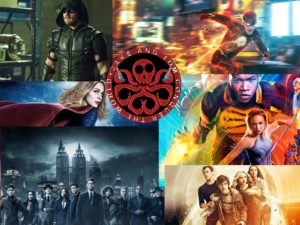 As always, be sure to help Jake and Tom in their quest for world domination by rating them highly on iTunes, sharing their stuff on social media and by telling your Android using friends to listen to them on the Amazing And FREE Couch Party App, available exclusively on the Google Play Store!

Don’t forget to follow them on Twitter and Facebook, and if you’re stuck at a computer all day, make a point to listen to them via their internet radio partners Geeks Worldwide, The PodFix Network, and Slings, Flings & Dingalings!