JAKE AND TOM CONQUER THE WORLD EPISODE 75: DRIVING THE BLADE

This week, Tom convinced Jake to watch not one, but TWO of the movies he’d been nagging him about for years. First up is 2011’s quiet, yet hyper-violent thriller, “Drive”.  And that is quickly followed up by the science-fiction classic, “Blade Runner”.

Did Jake find an appreciation for these films? Did they live up to the hype that Tom brought to the discussion?  Or is this another instance where Jake is cursing Tom out for wasting more of his time?  The only way to find out is by listening… 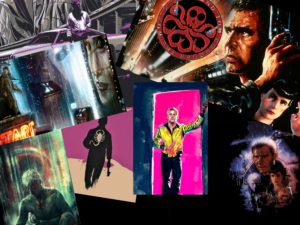 As always, be sure to help Jake and Tom in their quest for world domination by rating them highly on iTunes, sharing their stuff on social media, and by telling your Android using friends to check them out on the Amazing And FREE Couch Party App, available exclusively on the Google Play Store!

Be sure to follow them on Twitter and Facebook, and if you’re stuck behind a computer all day, listen to the guys via their internet radio partners Geeks Worldwide, The PodFix Network & Slings, Flings and Dingalings!