2017 is on the books!  And it proved to be one of the biggest, yet most divisive years in the history of geek culture.

Listen in as Jake and Tom are joined by returning guest host Jon Stump go over the best and worst of what the past year had for all of geek culture!

As always, be sure to help Jake and Tom in their quest for world domination by rating them highly on iTunes, sharing their stuff on social media & by telling your Android using friends to listen to them via the Amazing And FREE Couch Party App, available exclusively on the Google Play Store!

Don’t forget to follow the, on Twitter and chat with them on their Facebook group.  And if looking for more shows like this, check out Jake & Tom’s partners in internet radio Geeks Worldwide, The PodFix Network & Slings, Flings and Dingalings! 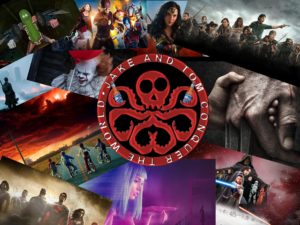