Listen in as the guys go into detail over what they thought worked in this year’s story, what they felt may have fallen flat, and what they think the future of the Marvel/Netflix collaboration will look like!

Along the way, there’s finally a brief review of “Black Panther” (sorta), and they discuss their thoughts on Kristen Wiig playing Cheetah in the “Wonder Woman” sequel.

Follow the guys on Twitter, join in on the conversation on their Facebook page, “Jake and Tom Conquer the Group“, and find all kinds of great shows similar to this one over at their partners in internet radio Geeks Worldwide & The PodFix Network! 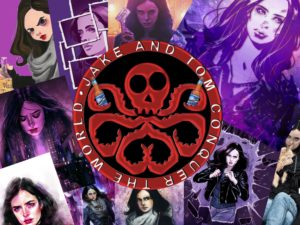