Once upon a time, Warner Bros. and producer Joel Silver hired Guy Ritchie to develop/direct a live-action movie focused on DC Comics anti-hero Lobo, a pale skinned foul-mouthed alien bounty hunter. Hot off his role as the Comedian in Watchemen, actor Jeffrey Dean Morgan was rumored to have screen tested for the role in full makeup back in 2009.

The project fell into limbo after multiple incarnations came and went.

“The only one I want to play is DC and Lobo. He’s badass,” he added. “Marvel, I don’t know, everyone that’s in it is pretty good. I feel like all the greatest characters, they’re working.” 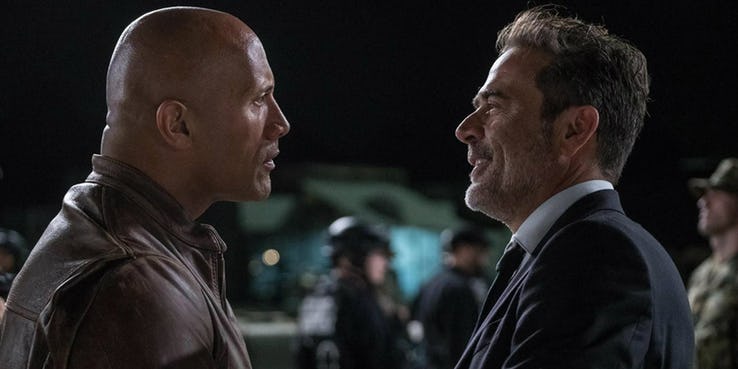 Later on, Dwayne Johnson before taking the Black Adam role was in the mix to play Lobo as well.  And Johnson has now endorsed Jeffrey for the role, as the two previously worked together on Rampage.

Jason Fuchs (Wonder Woman) is said to be penning a new incarnation with Michael Bay reportedly attached to direct.