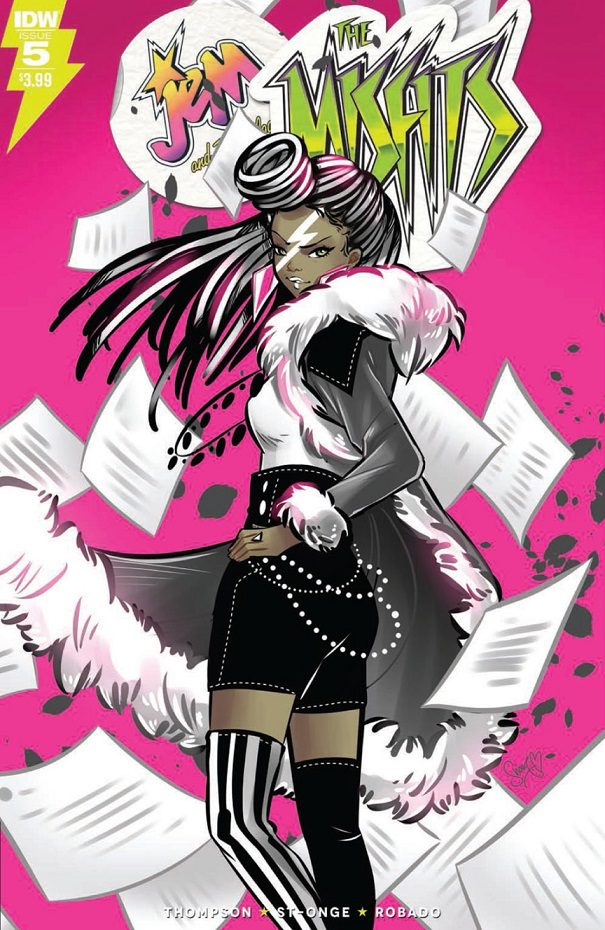 I cannot believe that this is only the 5th issue of Jem and the Misfits!  So much has been revealed in just a few stories. For those who are familiar with the Jem and the Holograms franchise, you know the Misfits. They are the “bad guys,” the rival band of the wonderful Holograms. And in the true form of any comic book villain, the Misfits want to rule the world. (In this case, the world of rock’n’roll.)  But do any of us really know these brash, sometimes downright profane women? I think we are learning that we do not.

Kelly Thompson, best known for the new Jem and the Holograms comic series, is a master character builder. She is able to take these remarkable rock stars and make them relatable to the reader. While this is not surprising when she tells the tales of the Holograms, it did come as a bit of a shock to me when she started showing us the softer sides of the Misfits. Each issue (if you have not read number 1 through 4, I highly recommend it) has taken on a member of the all-girl punk band and shown us glimpses of their past. What brought them to where they are today and what may be shaping their future. 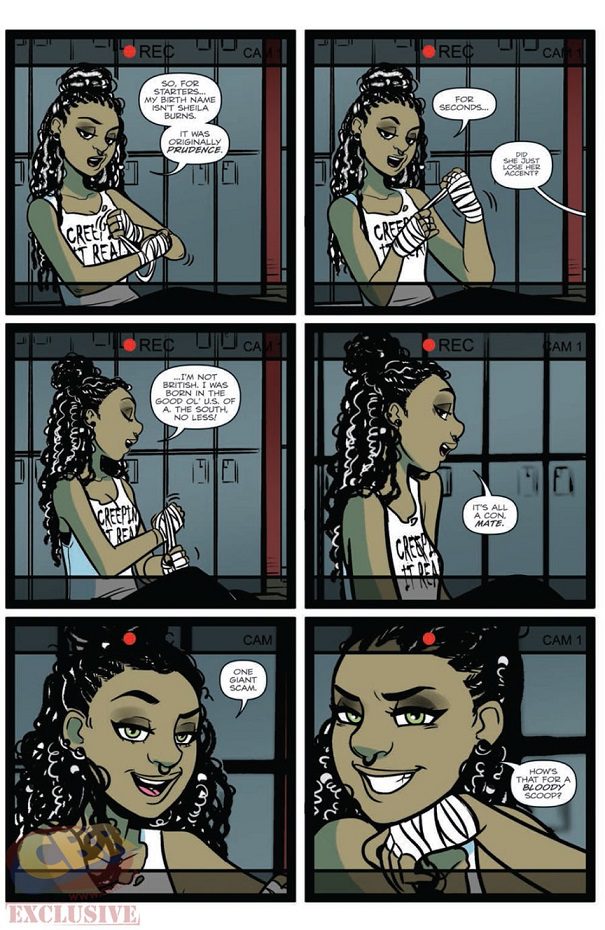 In the previous issue, we learn the secret that Roxy is hiding (no spoilers), and how her friend and band-mate, Jetta is going to help hide it from the general public. The story that Sheila Burns, aka Jetta, has is, to me, the most relatable. It tells the story of a young girl who never feels at home except when her mother is singing. We start by hearing just a snippet of her confession, followed by her band blowing up after hearing it. It is then that Jetta tells her whole story. While I do not want to ruin anything for you, I will tell you to keep an eye on the art style used in this issue. Jenn St-Onge does an amazing job of using color as a metaphor in the flashback scenes.

It was very enjoyable getting to know each member of the band. Just like the “em and the Holograms ”run, this series manages to keep the true spirit of the characters, but not make it feel old or overdone.  I cannot wait to see where they take the best band in the world, as far as the Misfits are concerned, in future issues.

comics Jem Jem and the Misfits Jenn St-Onge Kelly Thompson the misfits
Add your voice!Join the conversation on Discord...
Join Our Discord