I just read The Infinity Gauntlet for the First Time 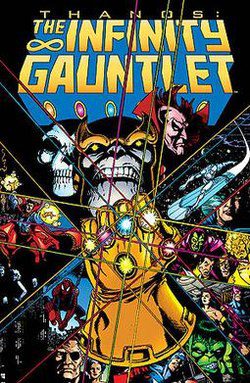 With the new MCU film Avengers: Infinity War coming to theaters real soon, I decided this would be a good time to finally read something in my backlog. I’m talking about Marvel’s event book known as The Infinity Gauntlet. It was originally released back in July-December of 1991 and was written by Jim Starlin along with fantastic artwork by George Pérez and Ron Lim. The 6-issue event deals with the Mad Titan known as Thanos as he works towards reaching godhood thanks to the power of the infinity gauntlet and hopes to court Lady Death to be his side and accept his profound love for her.

As a first time read with a decent amount of knowledge about some of our main characters in this book, I never found myself lost in who we were focused on. The only character I wish I knew more about going in would be Adam Warlock. Even though I know almost nothing about him, I still very much enjoyed his place in this book as he teams up with many of Earth’s mightiest heroes to take down Thanos. 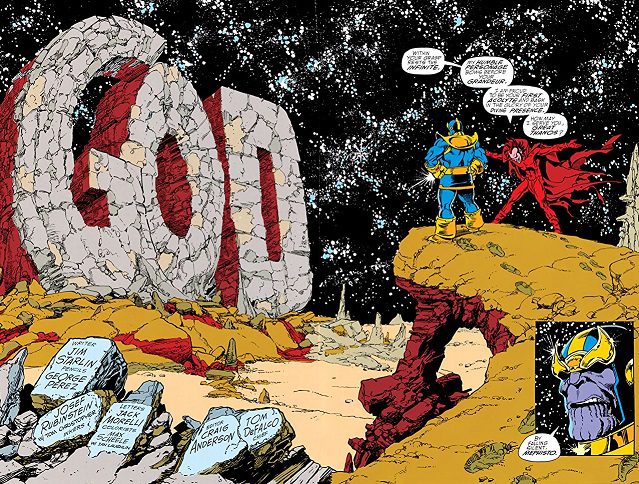 Have you seen this:
The Nice House On The Lake #2 (REVIEW)

I think a great theme dealt with here is obsession. I enjoyed reading Thanos not thinking twice about completing the task Death had set him out to do and even then, he is still rejected by her hand. I don’t recall her saying a single word in this book and I love how strong of an influence she has been on Thanos with so much silence. Seeing him do all that he can to get Death’s approval can be taken in as hilarious and sad all at once. It seems that even though he has all of the “right” intentions when obtaining the infinity gauntlet with all the power of the infinity stones. He still seems to be unclear about what he truly wants for himself and what Death actually wants of him. It was also great seeing how our heroes such as Captain America and Thor do all that they possibly can to win. Nothing in this fight points to them having the slightest chance at winning, some of them may even think that in the back of their minds, but it doesn’t matter. They know what’s at stake and are willing to do all that they can to win.

If you find yourself interested to learn more about the upcoming film’s villain and see how this sort of fight ended once in the comics. I highly recommend checking out Infinity Gauntlet, comic or movie fan, it doesn’t matter, you must read this book. I imagine many things will be different in the film but even with just some basic knowledge of the MCU movies, you can find yourself enjoying one of the biggest events in the Marvel universe with one of their best villains ever.