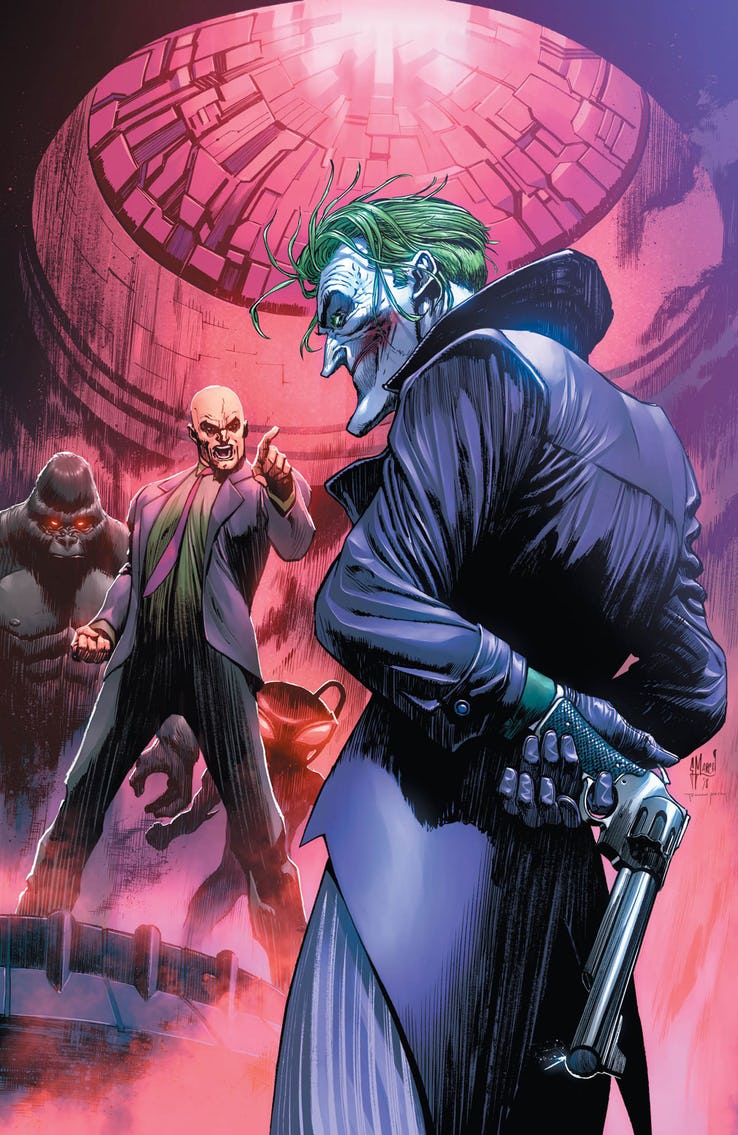 Lex is going to learn that you can’t dance this close to the fire and not get burned.

One of the best aspects of this current run of Justice League is how equal measure is given to the creation of the Legion of Doom. It’s gratifying and fun to see how this disparate group of supervillains formed and what their motives for working together really are. The satisfying part is that we all know that they are primed to betray each other at any moment and this new issue shows what that looks like from the perspective of one of the Legion’s most dangerous members.

Lex travels to Gotham to recruit Joker while the Clown Prince of Crime is in the middle of another scheme and Batman is hot on his heels. It’s a relatively predictable Joker scenario and Lex lets him know about it while he offers Joker a chance at something really interesting. It’s a prospect that Joker takes seriously, but he has one demand and it has to do with The Batman Who Laughs.

After the loss of Black Manta, the rest of the Legion decides to hold a recruitment drive at their hidden base to bolster their numbers. When villains like Riddler and Scarecrow find presents in their seats, Joker’s plan goes into action. In a sequence dripping with irony, Joker lays out an elaborate death trap for Lex using the Hall of Doom to do it. When Lex discovers what Joker’s plan is and the reasons behind it, the Legion will not be the same. Especially when Lex decides to resurrect a new member.

This is a pitch-perfect issue is both scale and tone. It’s the perfect distillery of who these characters are and why their working together is always tenuous. Tynion also uses this story as the perfect reminder of just how dangerous and unpredictable Joker is to friend and foe alike. There are so many incredible and interesting things being set up in this issue going forward that I look forward to seeing what else Joker has set in motion as well as what Lex is going to do about the deal he made with The Batman Who Laughs.

There is some visceral and beautiful art in this issue. There are brilliant uses of shadow as well as a truly menacing interpretation of Joker.