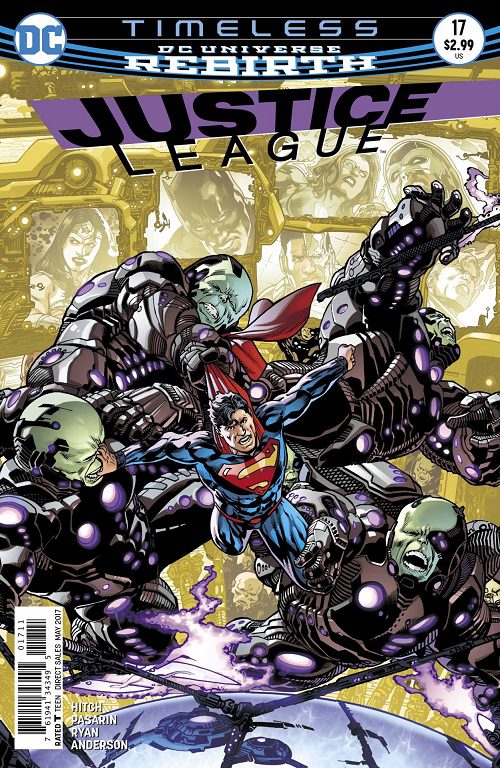 Superman is confronted by Tempus, The Timeless Mind, who tells him the stakes needed to retrieve his wife and son. Uncharacteristically, Superman tells him that the world be damned. His only priority is Lois and Jon. Tempus explains to the Man of Steel how the world is being reformed and reborn around him and it is fracturing existence itself culminating in a new threat that is forcing its way into their reality. He relates information that touches back to before Superman Reborn and the other Superman who sacrificed himself. Clark dismisses the being and decides to attack. A move that is both unwise and ultimately futile. Tempus has the upper hand and confronts Clark with the fact that they need Superman to save everything.

Meanwhile, the fractured members of the Justice League continue to confront the effects of their time displacement. Diana enlists the help of her Greek 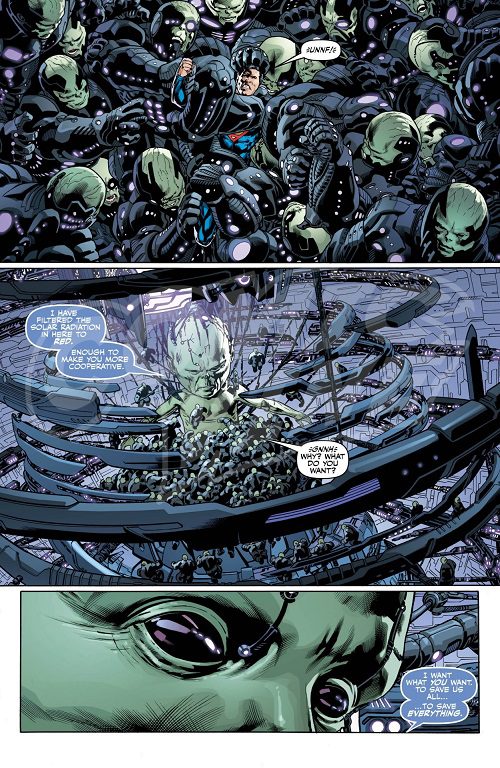 ancestors to try and confront the ship hovering them. In doing so, she remembers a story from her youth told to her by her mother, which causes her to question what else has been hidden from her. Flash decides to ride the speed force lightning that gave him his powers into the ship over Central City, convinced that the beings are there to stop him from becoming a speedster. That same energy is being channeled to the Earth Stone on ancient Atlantis, causing Aquaman to evacuate the area.

In the 26th Century, the Green Lanterns are trying to stop the energy from affecting the Power Battery in Washington D.C. Jessica scans the energy signature and determines that it’s a combination of the Speed Force and Magic. That combined force is targeting the battery and connecting to it causing it to travel throughout time. Cyborg makes the decision to enter the ship hovering Metropolis in the 30th Century in order to finally stop the convergence of these energies. Back in the present Batman continues to monitor the confrontation between Tempus and Superman. As Tempus’s full plan is revealed, he is confronted with the fact that there is an unknown element whose future he cannot see: the members of the Justice League.

This particular story is unfolding well. Every element is being accounted for and the scale of the overall arc doesn’t take away from the character driven elements of the narrative. Bryan Hitch has a feel for these characters and it comes across in the story. The artwork by Fernando Pasarin is very well done. There is a beauty in the composition of scale that he is able to bring forth and the overall feel is reminiscent of titles like Crisis on Infinite Earths. It will be interesting to see not only how this story is resolved, but what repercussions it will have in the future.