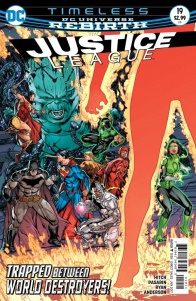 After stopping Tempus’ attempts to pull the Earth out of Space-Time, the League is faced with an even bigger threat. One they all too recently considered an ally. Batman and Superman have made their way to the heart of Tempus’s machine to confront the energized woman known as Molly as she seems to have absorbed the power dissipated by the temporal devices the League stopped. Infused with the powers of the timeless machines, Molly has decided that the best way to save the planet is by wiping out every being with super powers on it. She has concluded that the introduction of powered beings has thrown the world off balance. That instead of powers being a means for the aid and survival of the species, they are being created to cause its destruction and she means to destroy all powered beings in order for humanity to survive. 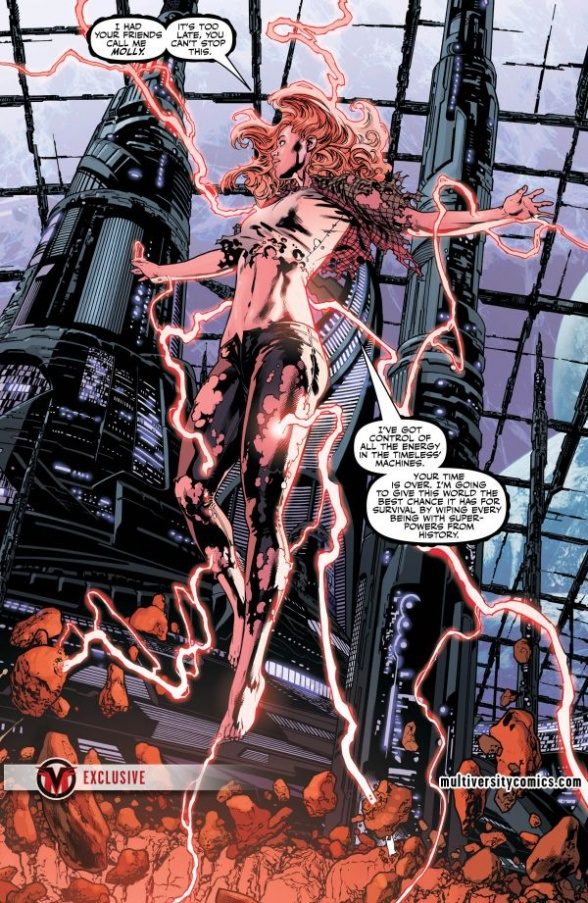 As Superman tries to stop her, he tasks Batman to find and protect Lois and Jon. Jane stays with Clark to repel Molly’s energy blasts to give Batman cover to escape. Meanwhile, the rest of the League are in place at the core of each time ship, awaiting orders as Vincent decides to hack into Tempus’ machines to alert the heroes. As Superman continues to fight, the League are readying to destroy the machines themselves. As they do so, Molly becomes enraged and decides to go after Jon in retaliation. As they battle, Alexis, Jane and Vincent prepare for their real mission in our time and Molly laments that what is coming is too late to be stopped, by anyone.

I enjoyed this story arc and was impressed with Hitch’s ability to layer the story with all the characters. There were moments that were too Superman specific and his short-sighted focus on his own family could definitely be a hindrance to future stories. Pasarin’s artwork was really well done and I enjoyed how he depicted both Molly’s and Superman’s displays of power. It really helped with the scale of the panels. It’s going to be interesting to see where this storyline continues and what impact it has on the book overall.