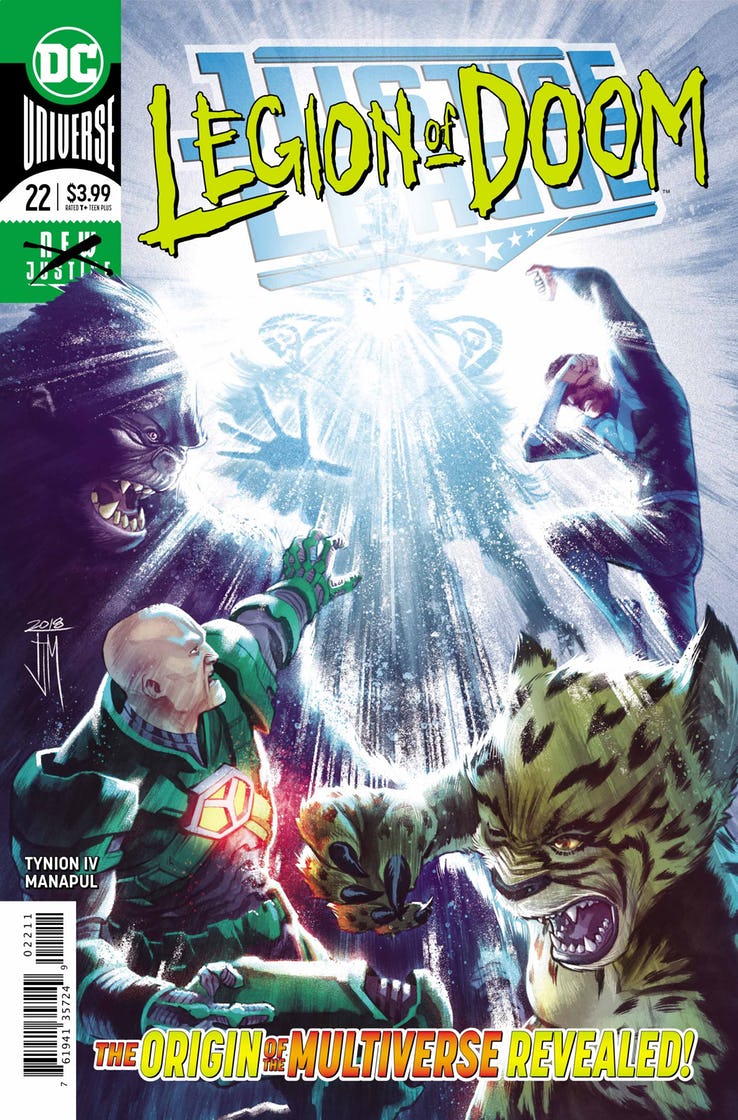 The story of Perpetua is finally revealed and it contains both the beginning of the multiverse and its potentially violent end.

Mera, Starman, and Jarro are powerless to stop the rampaging Mxyzptlk and the rest of the League is off-world. It’s going to take the intervention of Lex Luthor and the Legion of Doom to end this threat. Using the Still Force, they manage to stop the attack. In order for them to bring the rampaging imp to heel, they are going to employ a secret weapon; Bat-Mite.

At the same time, Perpetua has awakened and not only is she back in control of her mind, but her mind takes her back to the time when she created the universe itself and her three sons The World Forger, The Monitor, and the Anti-Monitor. Each of her sons is given a purpose in both the creation and protection of life in the multiverse, but when the Monitor begins to question their mission and its purpose, he is subjected to the full scope of her plan.

A plan that he must assemble his brothers to stop. One that will subject all of them to the judgment of the power beyond the Source. With one decision, the three of them set in motion the events that eventually see their mother return for revenge.

James Tynion IV takes over this part of the story and gives us the other side of the fight from the perspective and point of view of the villains. Perpetua and her story become the crux of the issue and it is a compelling one. The creative team behind this book are connecting some of the best-known story arcs in the DC universe together and it is an interesting and entertaining read.

Francis Manapul’s art is fantastic and full of amazing details.