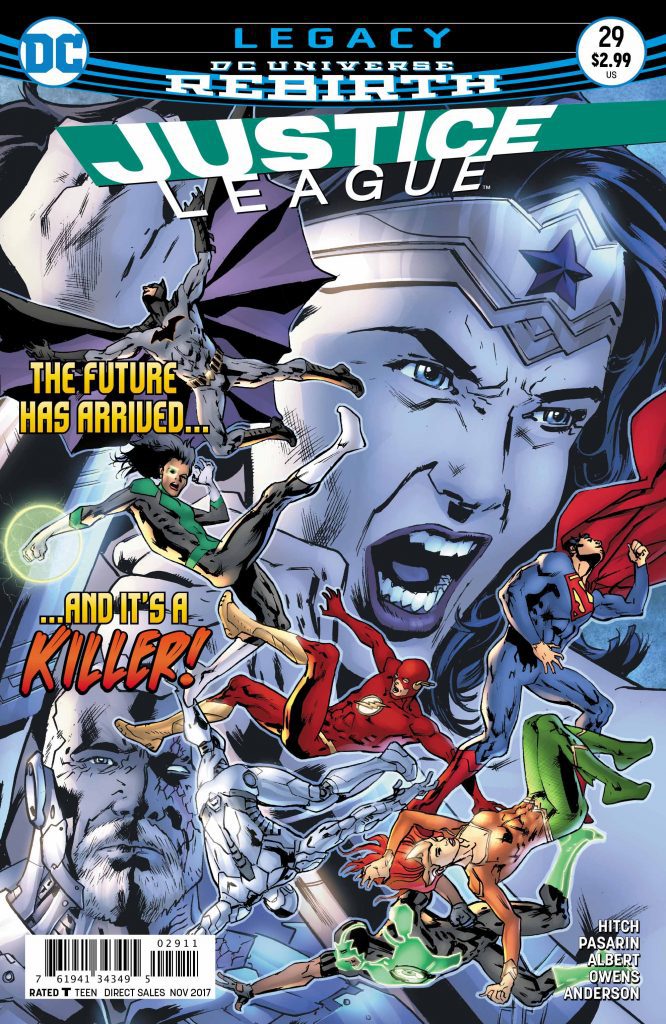 At the Kent Farm, Clark is wondering where Hunter is when he and Lois are attacked by Aquaman with weapons taken from Bruce Wayne. Arthur brutally beats Clark and knocks out Lois before taking the Man of Steel with him through a portal. Meanwhile, Diana continues to investigate the Kindred and what they did that might have altered the future, unaware that she is being watched by the kids, who have resolved to kill her. As they attack and are pretty easily taken down, Batman arrives at the Kent Farm to help Lois and find out what happened.

As Batman tells Lois that he can’t contact the rest of the League, Barry and Jessica are attacked by Arthur. Cyborg is the next to be taken by Aquaman as someone finally tells 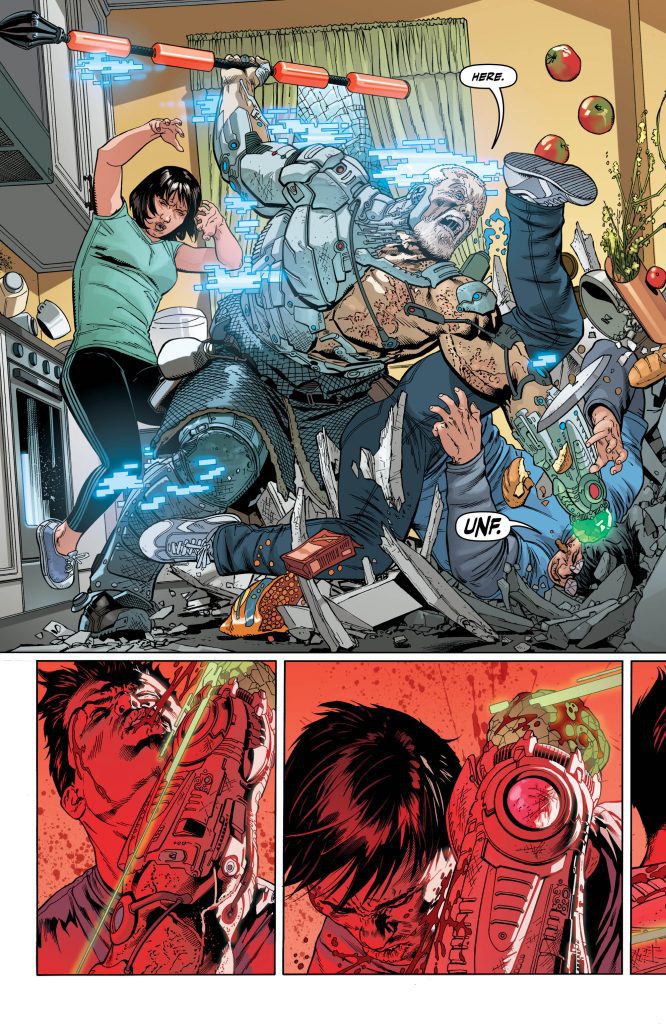 Batman what has been going on. As Wonder Woman gets the upper hand in her fight, Cube booms the lot of them to the quarantined Midway City where Simon releases the entity he’s been holding back behind the barrier as Arthur confronts Mera and Serenity before unleashing something potentially devastating on the world.

The Legacy storyline is starting to get more exciting, but the premise itself continues to be less than. I still haven’t found the future League to be anything more than annoyances and their exposition still doesn’t make me care about either their circumstances or motives. I would like to see this story progress better in the next issue. The art is well done and looks great. If there were more panels devoted to Arthur taking down his teammates and less on the kids complaining and arguing, the story might have been a little more solid.

Bryan Hitch DC comics Justice League
Are you an Insider?News, reviews, & updates are just the beginning.