Doom is rising and Lex Luthor is about to get everything he has dreamed of as the Justice League prepares for what might be the end.

The symbol of Doom in the sky signals to everyone, including the trinity of Superman, Batman and Wonder Woman, that the heroes are out of options. Gathering for what might be the last time, Bruce, Clark and Diana decide that the only way they can survive is by changing the way they fight.

At the same time, the Legion of Doom has gathered to make their demands and receive their reward for bringing victory to Lex and Perpetua. Unfortunately, they are going to discover that the reward Perpetua has in mind will be different than what they expected. Her design for the universe doesn’t seem to include sharing power with anyone but Lex and they all discover their new places in it, especially Brainiac. 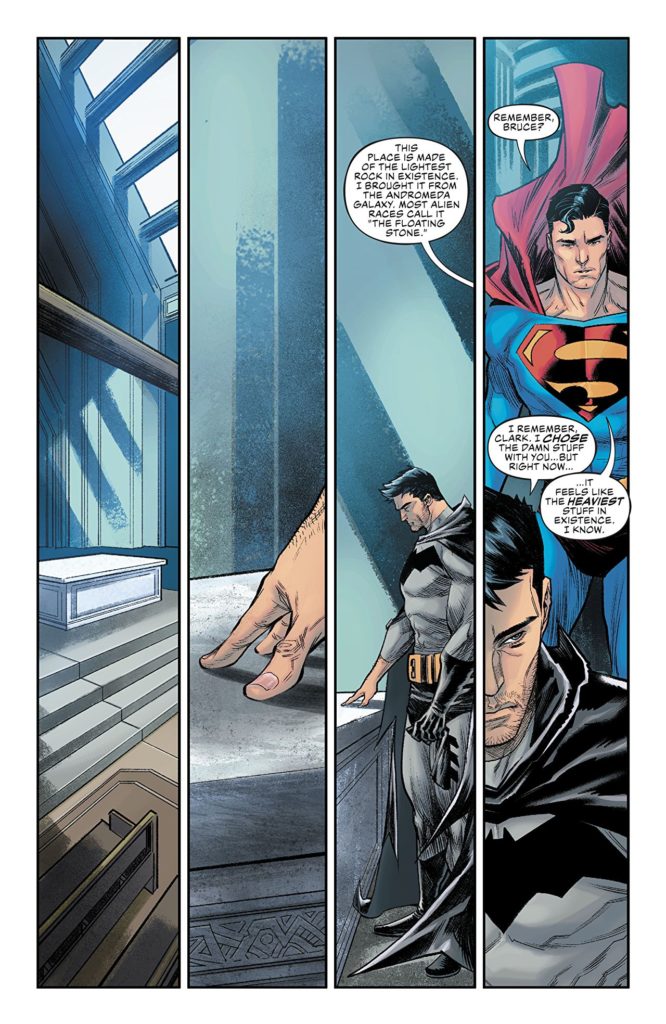 When Lex decides to go after the League with his forces, the remaining heroes prepare for what might be their final stand.

Scott Snyder gets philosophical and aspirational in this issue that sees the heroes of the DC universe facing some real existential dilemmas as they deal with the reality that they are on the losing side of this fight. It’s a reality that Snyder reaches in and finds the humanity at the center of in the scenes between Diana, Bruce and Clark as well as the speech Superman gives to the gathered heroes. There is some great writing in this issue and the story continues to keep the reader riveted because of its unpredictability. Once again Snyder takes the reader to the brink of darkness while reminding us that there is the slim hope of light somewhere within it.

Manapul and Porter bring some dazzling visuals to this issue with art that is bold, beautiful and filled with emotion. Every cliffhanger in this issue is beautifully rendered.