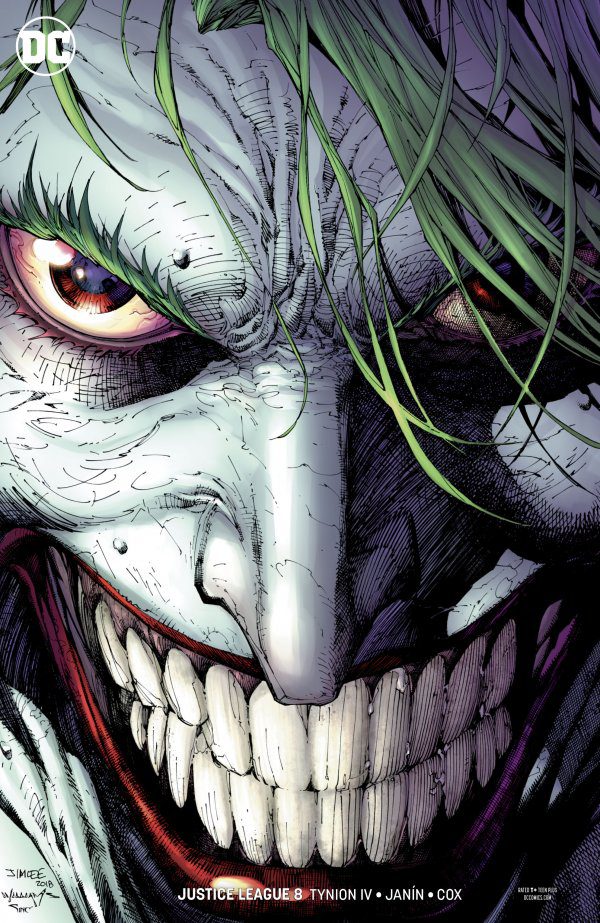 As the origin of a classic DC character begins in this issue, we see that Lex Luthor continues to be miles ahead of the League in his knowledge of the Totality and the events he has set in motion. What’s even worse is that there are cracks of doubt and mistrust forming in the member of the Legion of Doom, especially when Grodd, Sinestro, and Joker learn who Lex has been consulting within the bowels of their lair. It becomes even more ominous when Lex tells his captive that he needs his help.

The Batman Who Laughs takes a more prominent role in this issue as he is allowing himself to remain a prisoner in order to give Luthor a chance to learn more about who he could be and what keeps holding him back. The situation becomes more interesting when Black Manta and Cheetah find themselves taking down a pretty significant god on Earth and starting the ball rolling on something that will affect the entire planet. While Martian Manhunter and Batman discuss the fact that they are still behind Luthor and his team, the Totality itself begins to show that it is much more than it seems.

Tynion does a great job of engaging the audience in both the mystery forming at the heart of this story, but also at the amazing characters that are being utilized for it. I love how everything is coming together in new and interesting ways that keep the reader guessing I also really enjoyed the back and forth between Lex and BWL. The dynamic between BWL and the other villains is something I sincerely hope gets explored in more detail, especially when he confronts Joker.

Janin has some amazing art in this issue and I love how big and detailed the backgrounds are rendered. There’s an amazing attention to detail and it definitely complements the rich story that is being presented. Can’t wait to see what happens next.