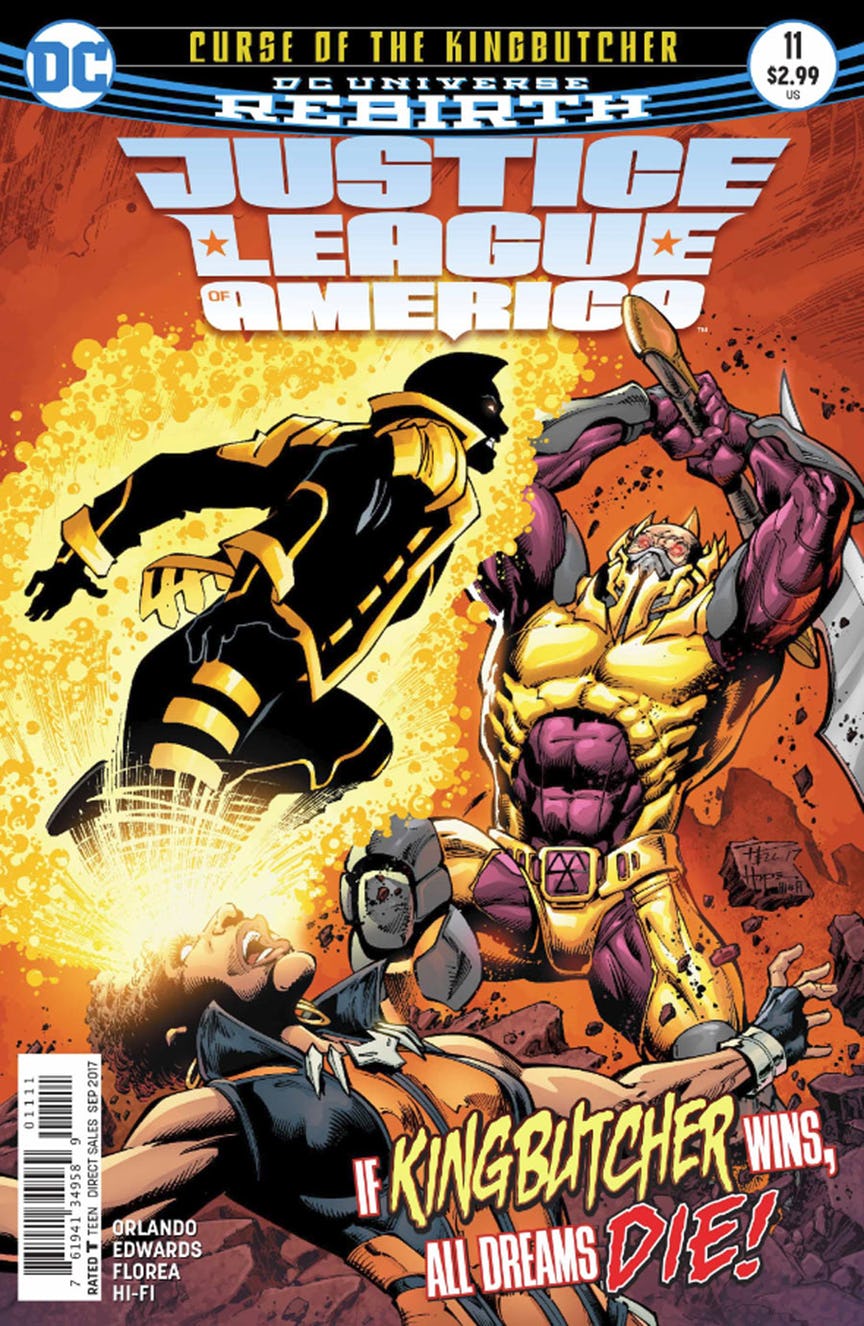 “Curse of the Kingbutcher Part Two”

Atom and Killer Frost are at The Sanctuary when Atom begins to get frustrated at the lack of progress he’s making in his work. Caitlin suggests the two of them go to Africa to continue the hunt for a cure for Frost’s Heat Sickness.

Meanwhile, the rest of the JLA continues to fight the Kingbutcher in Philadelphia. While the new threat seemingly has the upper hand, Ray, Canary and Vixen have a plan of attack that hopefully will stop him before he kills Batman. Vixen uses her totem to search for the Kingbutcher’s life force but finds something else instead, a vulnerability. Ray and Mari use a risky gambit to take down the monster. In the aftermath of the battle, Ray must confront his past and the choices he made. He also confronts Batman about the differences in their personalities and approaches.

Batman also takes the time to visit an old foe, one whose powers seemingly came from the same source as the Kingbutcher is confronted in another realm by the lords her serves. Ray continues to come to grips with his past, specifically, his relationship with his family as Atom finally gets the information that he’s been waiting for. 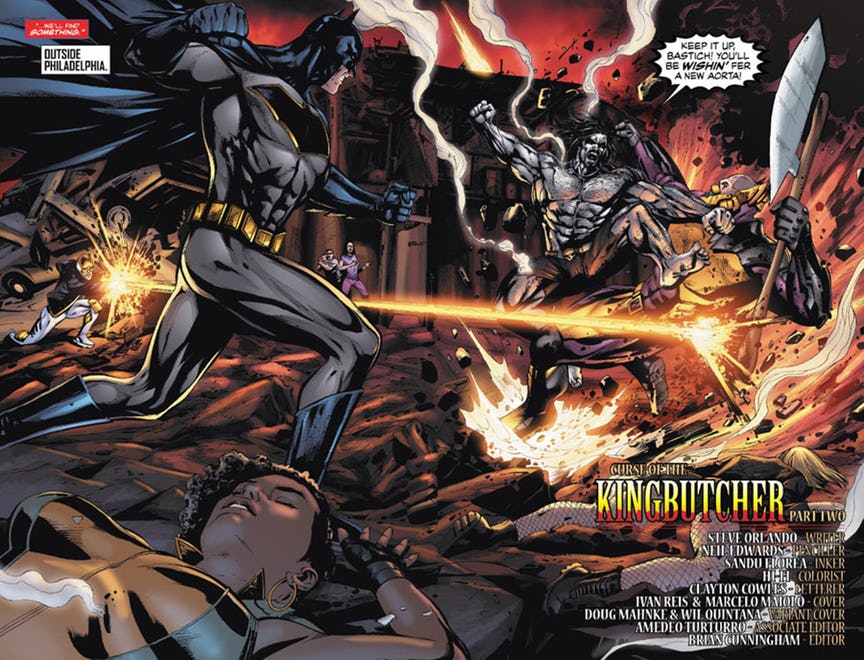 I continue to enjoy these self-contained two-part stories that Orlando has crafted. The fact that there is connections growing between them works as well because they are subtle and enhance the overall narrative. I really enjoyed Edwards’ art in this issue. The action scenes worked really well and the art flowed well with the story.