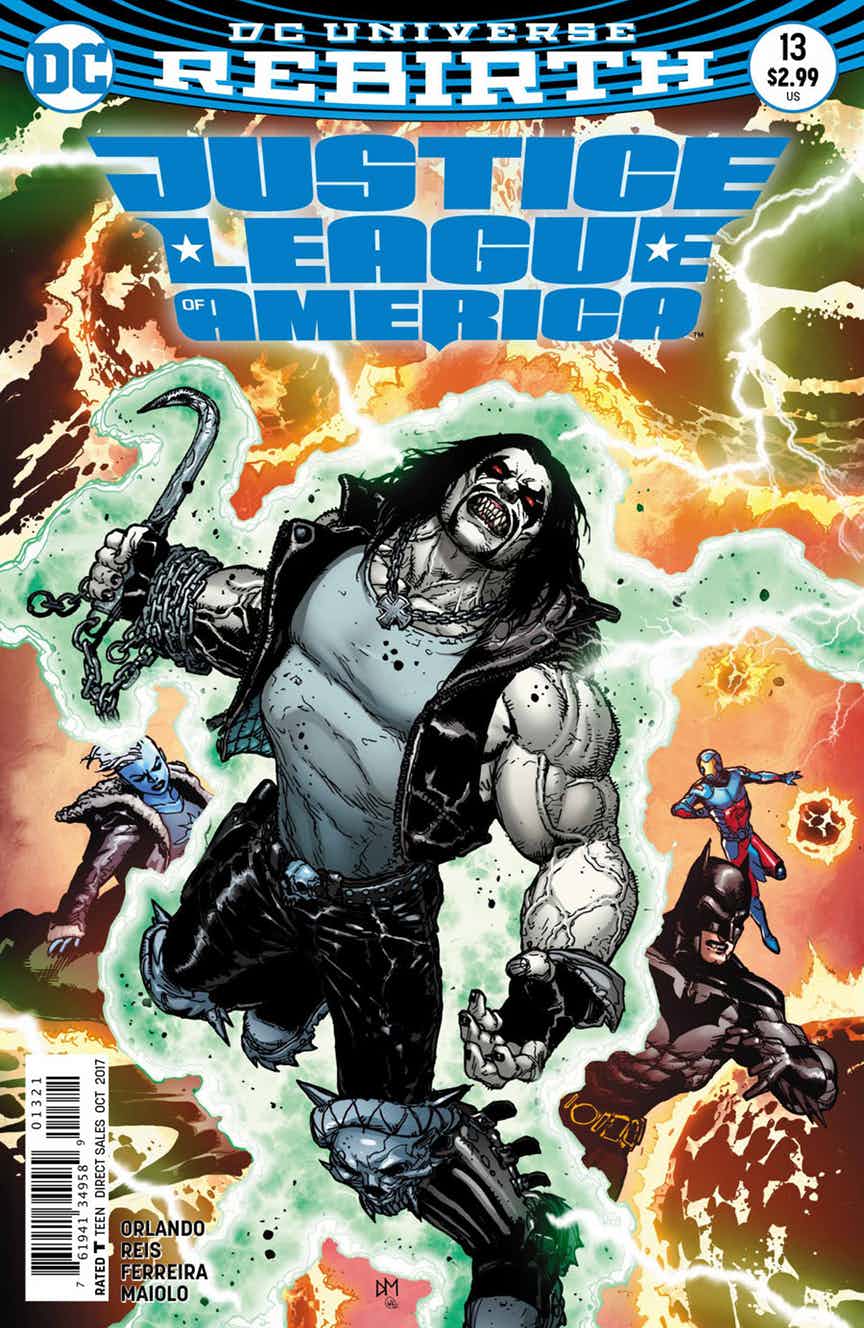 Atom, Batman, Frost and Lobo are confronted with who they think is Ray Palmer. It turns out to be a woman who explains that she has been traveling with Ray across the Microverse and they were separated. He finds out that Palmer has been working with others and not keeping him informed. Information that causes Lobo to tease the young hero and Frost to step up to defend him. The woman, named Preon, explains to the heroes that Ray and his partner Aron Aut were investigating a disturbance in the fabric of reality that is destroying the Microverse. The laws of Physics are being affected by it and Ray Palmer is trying to find the epicenter of it. 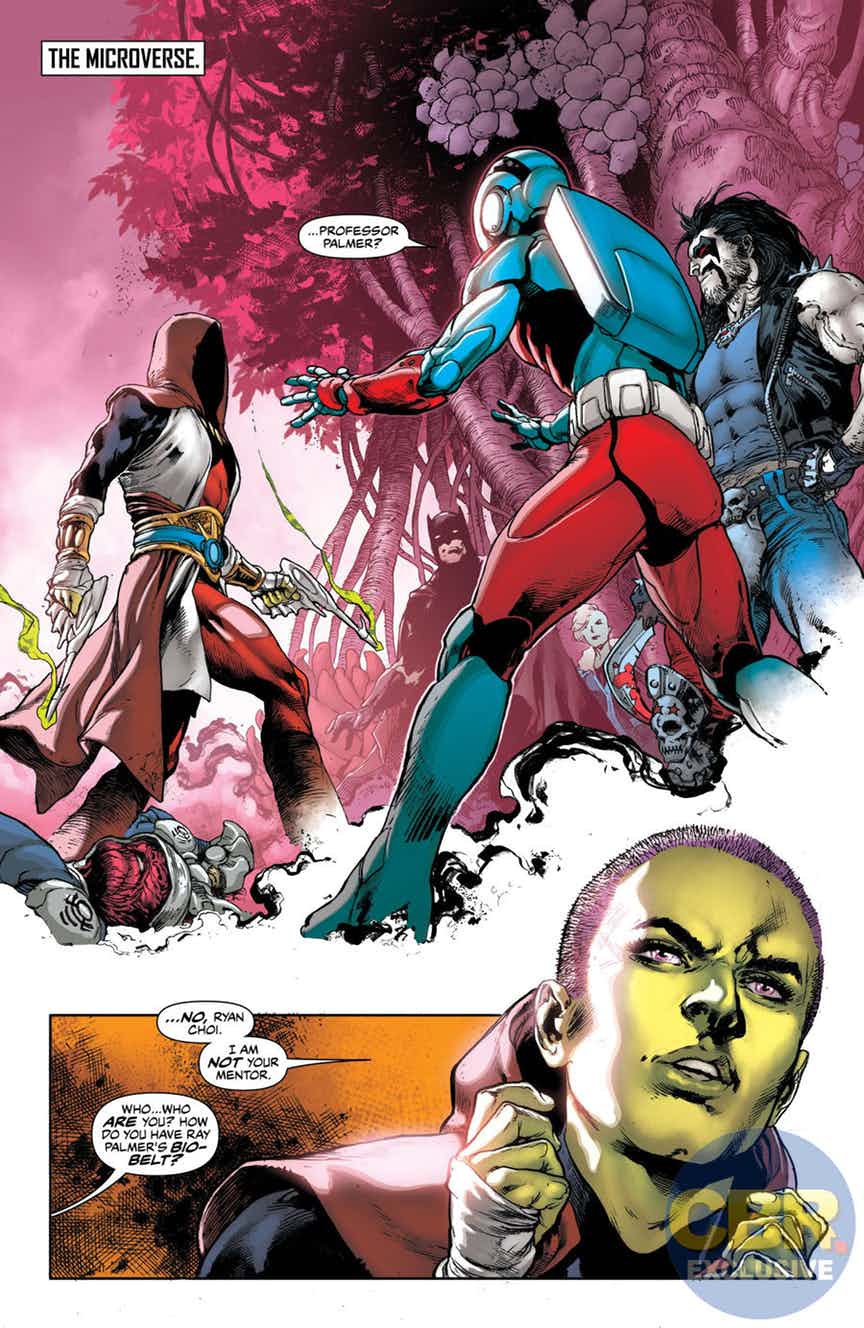 In Seattle, the Ray and Black Canary are having a drink at a local bar discussing life outside of being costumed heroes when they are confronted by the same person who attacked Frost. He seems to easily take on the heroes before disappearing again. Back in the Microverse, the heroes are taken to a living planet covered in people who are desperate for help from the mind controlling it. As they are attacked by the mob, Aron Aut arrives as another storm hits, Atom decides to make a desperate gamble to communicate with the planet.

I like the places this story is going. The mystery that is unfolding is interesting to read and the character interactions continue to impress. I actually enjoyed the tender moment between Caitlin and Ryan and hope to see more of them. Orlando has started some story threads that seem to hint at a deeper mystery and Reis’s artwork is very well done both compositionally and in the smaller character moments.