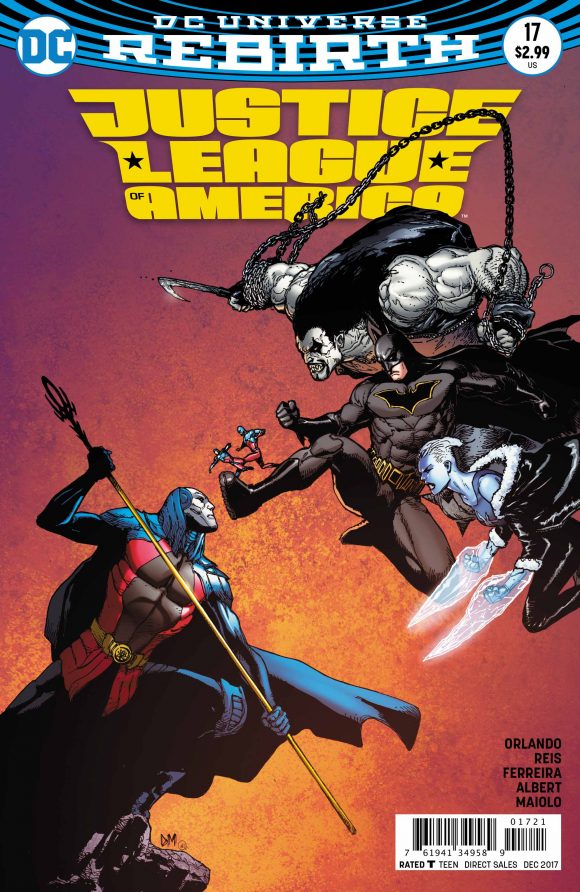 “Panic in the Microverse Finale”

Aut has finally returned as The Null and his mission to destroy the microverse. When Batman confronts the villain, he shrinks them all down with the exception of Ray and Ryan. Aut attacks the two Atoms and proceeds to rebuild his machine. A machine that will tear apart the Microverse unless they can stop it. As the two try and find a way to stop Null, Ryan takes matters into his own hands and uses Null’s belt to shrink them down even further.

As the pair continue to fight, Ryan makes a discovery about the microverse and what’s causing its 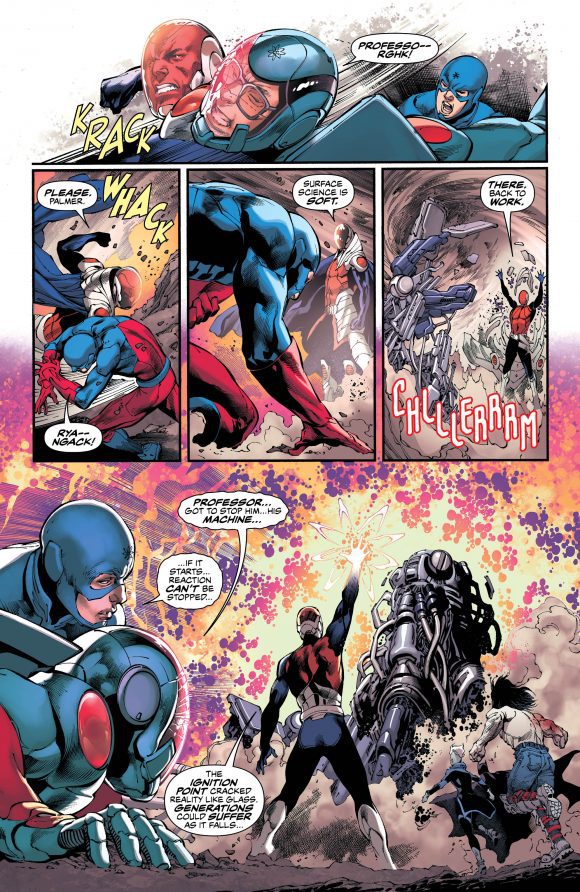 destruction. He decides the only way to stop it is with the belt that he has. A decision that just might cost him his life.

The finale of this story has a lot of problems. First, one being that the JLA team dispatched to the Microverse was utterly useless. Issue after issue of them standing around with nothing to do. There was no point in having them there in the first place, except for Caitlin. This entire plot could have been boiled down to an Atom one-shot or two issue story and been more compelling. At no point did the story get interesting until the final revelations about the energy and its connection to “The Button” storyline.