Anyone watching the AFC or NFC Championship games will be shown the new trailer for Warner Brother’s retelling of the Arthur legend on the big screen. For everyone else, the trailer was released online and you can watch it below

Guy Ritchie (Sherlock Holmes) co-writes and directs this unique take on the classic Arthur legend. In the film Arthur, played by Charlie Hunnam (Sons of Anarchy), grows up on the streets with no knowledge of who he is. As a child, his father was murdered by his uncle Vortigen (Jude Law), who has claimed the throne for himself. Arthur’s life and destiny change the moment he pulls the sword Excalibur from the stone. 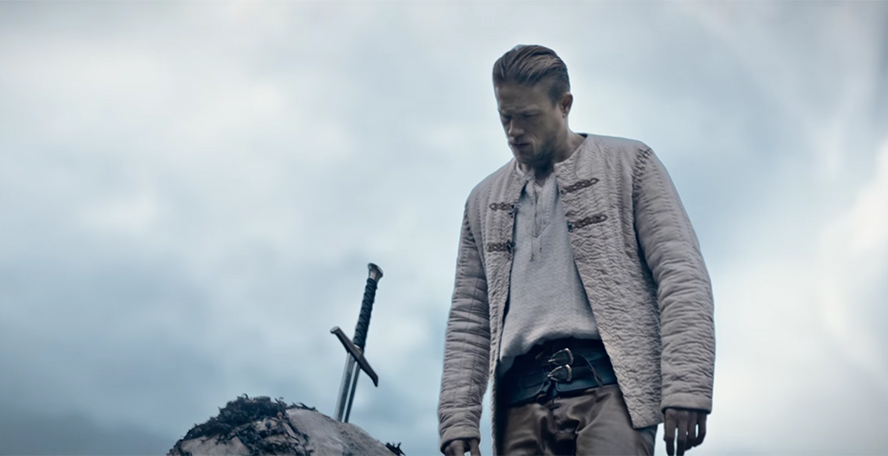 The trailer is filled with Guy Ritchie’s unique visual style which worked in his previous films like Snatch, but might be a little too stylistic in regards to the subject matter. The film also stars Eric Bana (Star Trek), Annabelle Wallis (Peaky Blinders) and Djimon Hounsou (Guardians of the Galaxy).