Klaus and the Crisis in Xmasville #1 Review 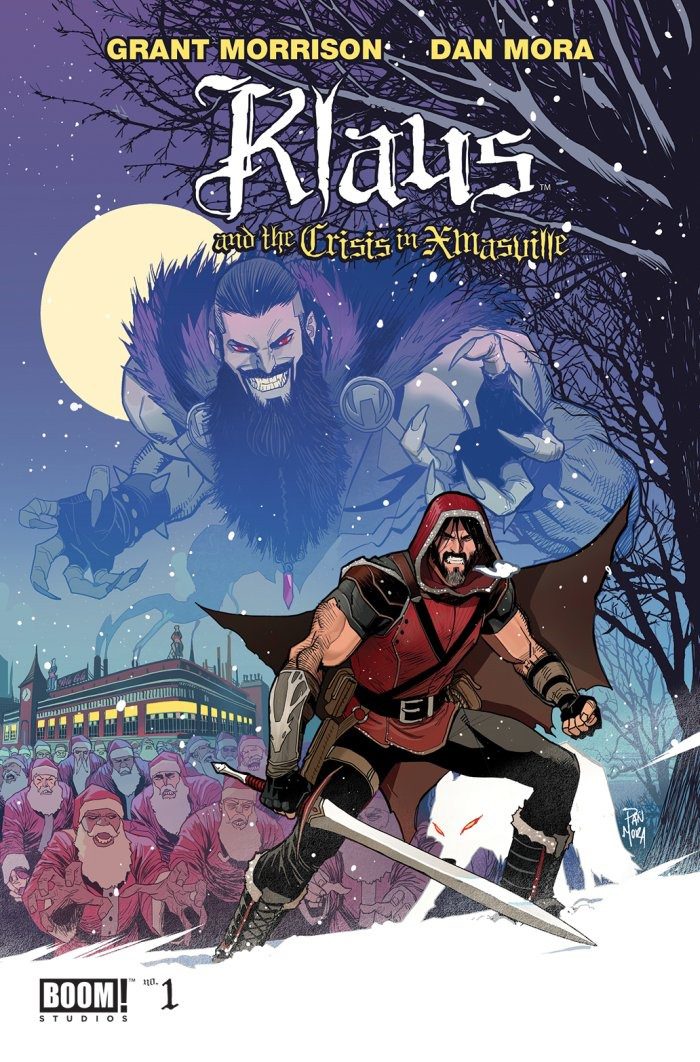 Klaus and the Crisis in Xmasville #1
Boom! Studios

Santa Claus is coming to town…. after he stealing children to feed to aliens. That is the crazy plot for this new adventure in Klaus and the Crisis in Xmasville for this holiday season. When we see a family go into a town called Xmasville, it gives off a creepy vibe. Almost like going to an empty amusement park or your high school at night. I like the little knocks it makes towards year around themed parks like Disneyland but a year around Christmas town would be a bit weird. Some of the plot also revolves around a soda, Pola Cola which is heavily advertised using its founder Santa. Love the little name and it’s such a great poke at our real-world marketing of Santa. 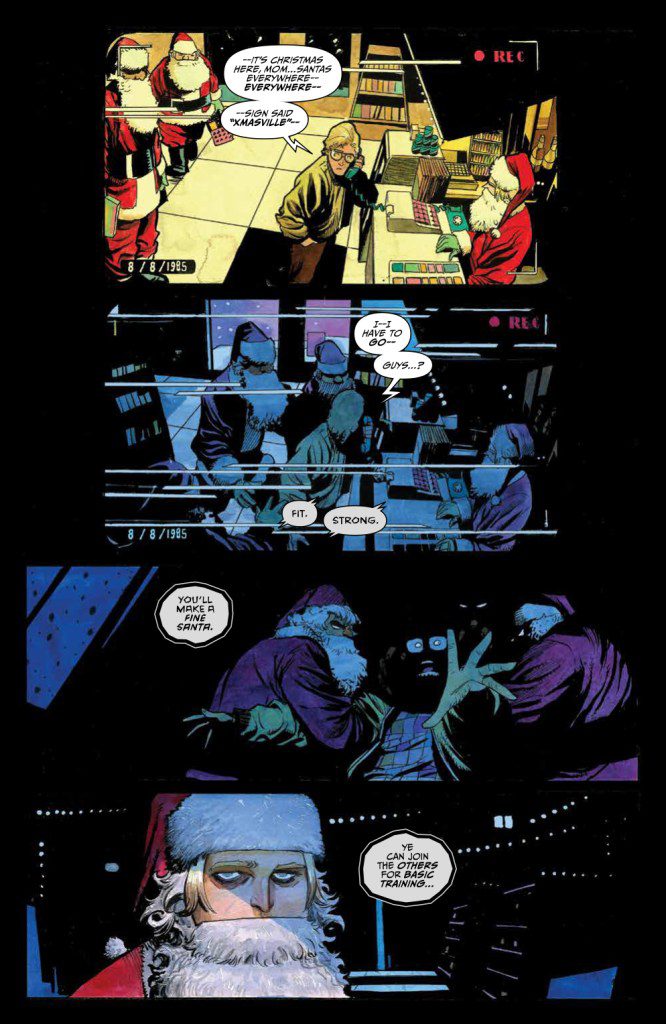 aliens who intend to suck them dry. I did think it was a bit jarring at first but when I look back on previous stories with Klaus, this is essentially as crazy and wild as the others which is what makes it so fun. The evil doppelganger for Klaus is a Lobo look-a-like character with a space motorcycle and everything. The fights we get to see him have against Klaus is exciting and shows that he is a real threat. His bellow laughs of HAW HAW HAW are a great touch as an opposite of the traditional HO HO HO, Morrison is once again having a ton of fun with this book and it shows on every panel.

I definitely didn’t find the whole evil uprising of a corporation all too interesting though. The whole idea seemed a bit extreme but maybe it’s because of what little backstory we get of the old man who is seeking revenge against Klaus. I was genuinely excited though as we see some more world building when we get introduced to other characters such as Grandfather Frost and the Snowmaiden who mention of other holiday heroes. This gets me more anxious about future specials and it’s a shame we’ll have to wait a whole year for another one. If they do another one. When Klaus and the Crisis in Xmasvills wraps up it teaches a familiar holiday lesson and how important it is being there for the ones you love.

This special took some backsteps with cliché corporate evil plans but in the end still lands on the heart of the series and shows why we can never forget Klaus and the joy he brings us.