Grab some tissues for Last Day of June – REVIEW

It’s easy to get lost in the first-person shooter, 3D action/adventure and Japanese-style role-playing genres of video games. After a certain point, you start to feel like this is all that video gaming has to offer. Whenever I start to think this way, a game comes around that reminds me that there is more to being a gamer than racking up a frag count or maxing out your character’s stats. Games like ICO, Journey and Life is Strange show us that, sometimes, it’s more about how a game can make you feel than it is about what it allows you to do.  Italian developers Ovosonico, creators of the visually striking Vita game Murasaki Baby, just released their sophomore title on PS4 and PC known as Last Day of June and it has become the latest game to take me on an emotional journey which makes me glad that I am a gamer. If I had to summarize this game in a single sentence, I would say that Last Day of June is the video game equivalent of the opening scene of Pixar’s Up. The first few minutes of that film filled viewers with a wave of emotions without ever saying a word. This game is able to accomplish these same feats so masterfully. 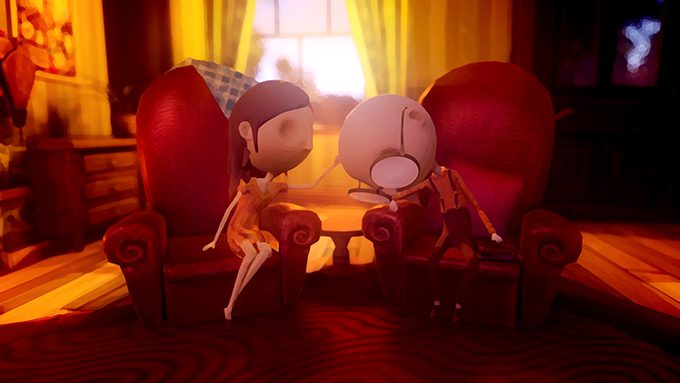 The story centers around an adorable married couple who live in a quaint little town populated by less people than you probably saw on your last visit to Starbucks. On the bespectacled husband’s birthday, his artistic wife invites him on a trip to the nearby lake to present him with a special gift. As the two sit on the dock amidst the glow of the setting sun, a storm sweeps in before the surprise can be revealed. The two rush back to their car to escape the rain and head back to their home. Unfortunately, due to limited visibility and an unseen obstacle in the road, their vehicle loses control. The trauma leaves the husband paralyzed from the waist down and, tragically, ends his wife’s life. We join the husband some time later as he struggles to get used to his limited mobility and accept the fact that his wife is gone. He enters her art studio for the first time since the accident to discover a mysterious light emitting from one of her paintings, a self portrait. Upon touching it, the husband is flooded with the memories of that fateful night and the identity of the obstacle that caused them to veer off the road is revealed. Suddenly, other paintings start glowing which portray the various people in their town. Each one allows the husband to relive the events of that day through the eyes of each of them. Could this help him come to terms with her death or…perhaps…prevent it? 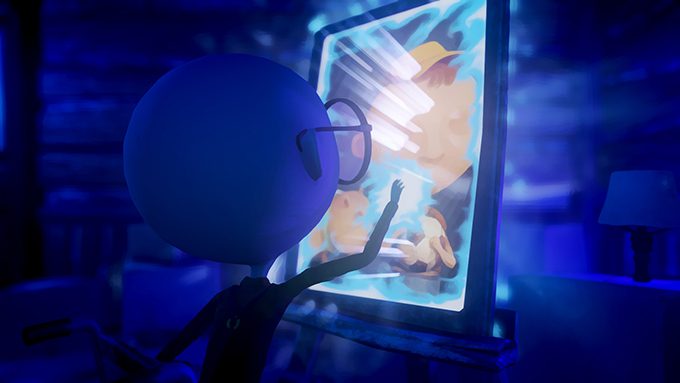 Dive into paintings to attempt to save the life of a loved one.

Gameplay in Last Day of June revolves around controlling the various townspeople as they live out the events that either directly or indirectly lead to the couple’s accident. You will need to learn how each of their lives are intertwined and attempt to alter their choices in the hopes of stopping the crash from ever happening. Along the way, you will learn more details about the couple’s life together as well as details of the lives of the people they knew around town. You may soon realize that changing fate is not as easy as it might initially seem as preventing one tragedy could result in a different one occurring instead. Setting events in motion in perfect harmony to keep our lovely couple safe and sound is a wonderful puzzle that is enjoyable to try to solve. The discoveries that you make in the game feel especially genuine thanks to the minimalist nature of the game’s visual style and the lack of proper dialogue. While the game features no text per se, story events are punctuated by the names of the trophies/achievements that unlock throughout the game. This is the first time I have ever seen a game use achievement pop-ups to help forward the narrative. In fact, I might even say that repeat play-throughs will slightly suffer by the lack of those pop-ups. Still, I hope more games will learn to utilize these often intrusive notifications to their advantage. 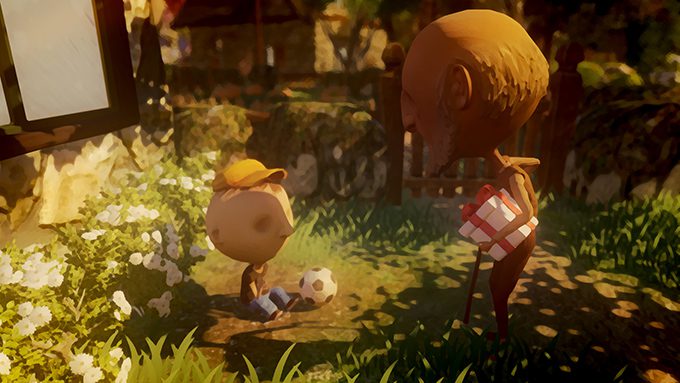 Will the old man’s interaction with the young boy lead to tragedy or salvation?

To tell you any more about Last Day of June would ruin the experience. What I will say is that this game had me genuinely weeping by the time the credits started rolling. I can count the amount of times a work of fiction has brought me to tears on one hand, so this was an impressive feat. For as wonderful as the whole experience was, it is unfortunately quite a brief one. My first run through the game only took me about three hours. As such, the asking price can seem a little steep. However, if you compare it to seeing a film in the theater or purchasing a movie on blu-ray, the price is easier to justify. Overall, I enjoyed my time with this game immensely. I never felt lost due to the minimalist story-telling nor did the puzzles ever seem too challenging to solve. Even without proper voice-overs, I felt a connection to each of the characters and a genuine concern for their well-being. The team at Ovosonico expertly portrayed the the wide range of emotions associated with struggling to cope with the loss of a loved one. I seriously recommend playing this game for yourself rather than just watching a Let’s Play online. The experience seemed so personal knowing that I was fighting through these hardships and discovering secrets myself. I will be eager to see what these developers come up with next.

Last Day of June is on sale now. It is available digitally for PS4 through the PlayStation Network and is also available digitally on Humble or Steam for Windows PCs. Steam users can save 10% on the game’s price if purchased by Friday, September 15th, as well as receive a free copy of Brothers: A Tale of Two Sons.