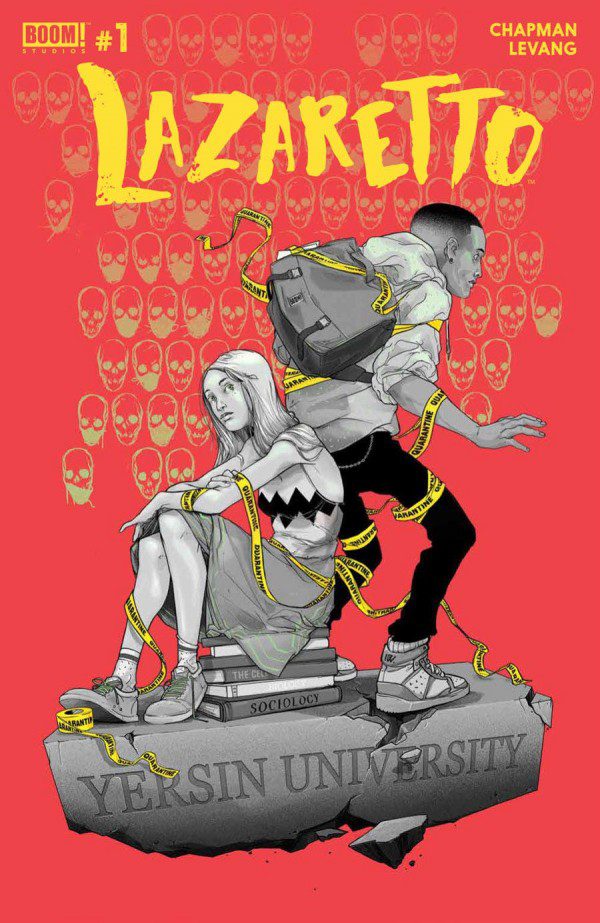 Lazaretto by Clay McLeod Chapman hits shelves and digital marketplaces right as college students are excitingly moving onto campuses and high school students are dreaming of the freedom that college promises. That dream of freedom and excitement does not last long on the fictional college campus that Chapman creates. The excitement and freedom of college quickly dissolve into the chaos of an outbreak.

A lazaretto is a term used for a quarantine station or building. The two students, Charles and Tamara, eventually find themselves locked in their dorm which has become the quarantined Lazaretto. Chapman’s allusions do not stop with the title, the students attend the fictional school of Yersin U. Alexandre Yersin was a bacteriologist who discovered the root of the Bubonic Plague bacterium. The history lesson aside, Chapman uses the wordplay to set the stage for what could be an incredibly engaging and compelling story.

Chapman has written zombie related comics before with Self Storage.  He also wrote about middle school survival and social ecosystems in his Tribe 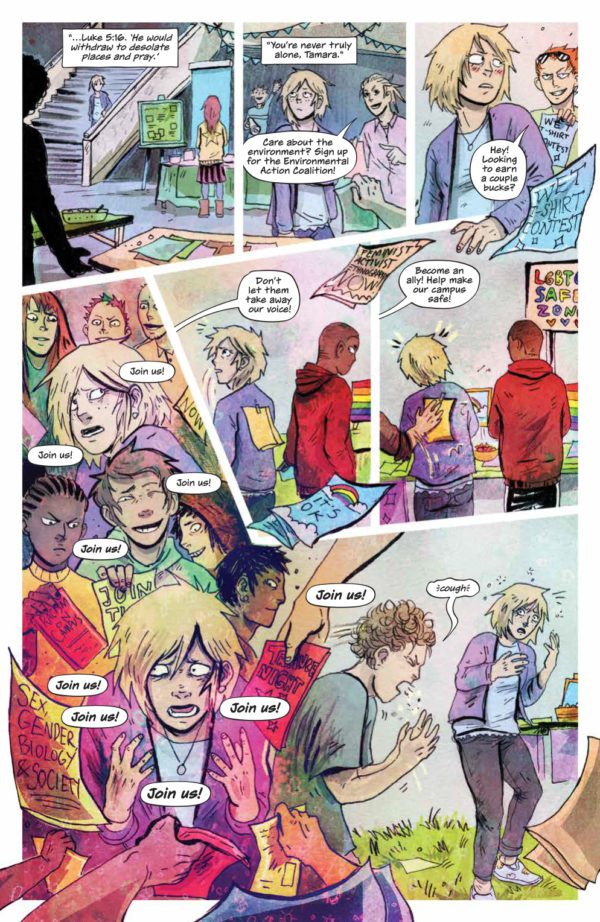 book series. Lazaretto combines these ideas into the pressure cooker of freedom and self-discovery that is the first semester of college. Chapman’s lead character’s Charles and Tamara start off well, with the expected excitement and quickly begin to feel isolated. Yersin University’s new student orientation leaves a lot to be desired, but their isolation serves a narrative purpose.

Chapman checks a number of stereotype boxes for college life: stoner roommates, high expectation parents, clashes of religious and secular personalities, over indulgence in drinking, and stuffy professors. These stereotypes actually detract from the narrative and come off as expectations of the setting rather than genuine development. Where Chapman does succeed though is in creating a feeling of isolation in a sea of people. The overwhelming demands on time and involvement for a person trying to figure out who they are and want to be are wonderfully captured. The cacophony of student organizations and social groups creates isolation in a sea of opportunities.

Issue #1 is mainly the setup and the outbreak. Readers do not know the causes, but like most good zombie fiction, the real story is how humanity relates to each other afterward. If Chapman can create characters that readers connect with or if Lazaretto becomes a vehicle for cultural critique, Chapman will have a solid and successful series.

It is too early to tell if this series has something meaningful to say, but Chapman has created a solid foundation.