Anyone who enjoys video games stands a high chance of being a Legend of Zelda fan. Even if you’re not a gamer, you enjoy and appreciate the historic aesthetics of Legend of Zelda. Chances are you even got a favorite Zelda title. I’m guessing you’ll correct someone when they refer to Link as Zelda. I bet, despite your favorite title, OoT is still the greatest of all time. Chances are you haven’t picked up the latest manga by dynamic duo Akira Himekawa, based off the dangerously fun Gamecube game, The Legend of Zelda: Four Swords.

Just like any Zelda, the story begins immediately before peril befalls the kingdom of Hyrule. As Zelda of the 7 maidens go to the seal that holds the evil wizard Vaati, a dark, shadowy Link arrives, banishes the maidens, and kidnaps Zelda. But not before pushing Link down the seal that imprisons the evil wizard Vaati. Soon after, Link finds himself in front of the legendary Four Sword where legend tells that a brave hero defeated Vaati using the sword. The sword is said to turn its wielder into four different versions of himself. It’s like a kage bunshin no jutsu but a weapon. 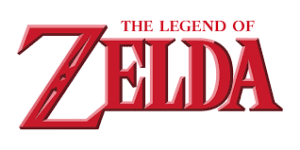 The art style is fun and playful and perfectly fits the tone of the book. In the game version, as a player you don’t necessarily get the feeling that every link has a unique personality that makes Link – as an individual – unique. If you’re familiar with the Rick & Morty episode, Rest and Ricklaxation, it’s like when Rick and Morty become “healthy” after going through that toxic-detoxifier machine. Except, you know, this book is for general audiences so there’s no dickish, narcissistic, maniacs spouting profanities at each other while causing mayhem in the name of nihilism and anarchy.

You have green Link – adventurous and stubborn, blue Link – angry and unrelenting, red Link – sweet and innocent, and purple Link – calm and collected. The story starts off with a Link that is equal parts courageous and egotistical. Did I mention he talks? That’s like a big point to make when we’re talking about Link. But once he splits into four, the Link’s realize that teamwork – as the wise Snoop Dogg once said – make a dream work.

Zelda fans will not be disappointed, and if you’re simply a casual gamer but also love manga, Four Swords Legendary Edition is a great grab for your personal collection.  Be sure to check it out through Viz Media’s website or order through their Amazon store.

Legends of Zelda
Add your voice!Join the conversation on Discord...
Join Our Discord