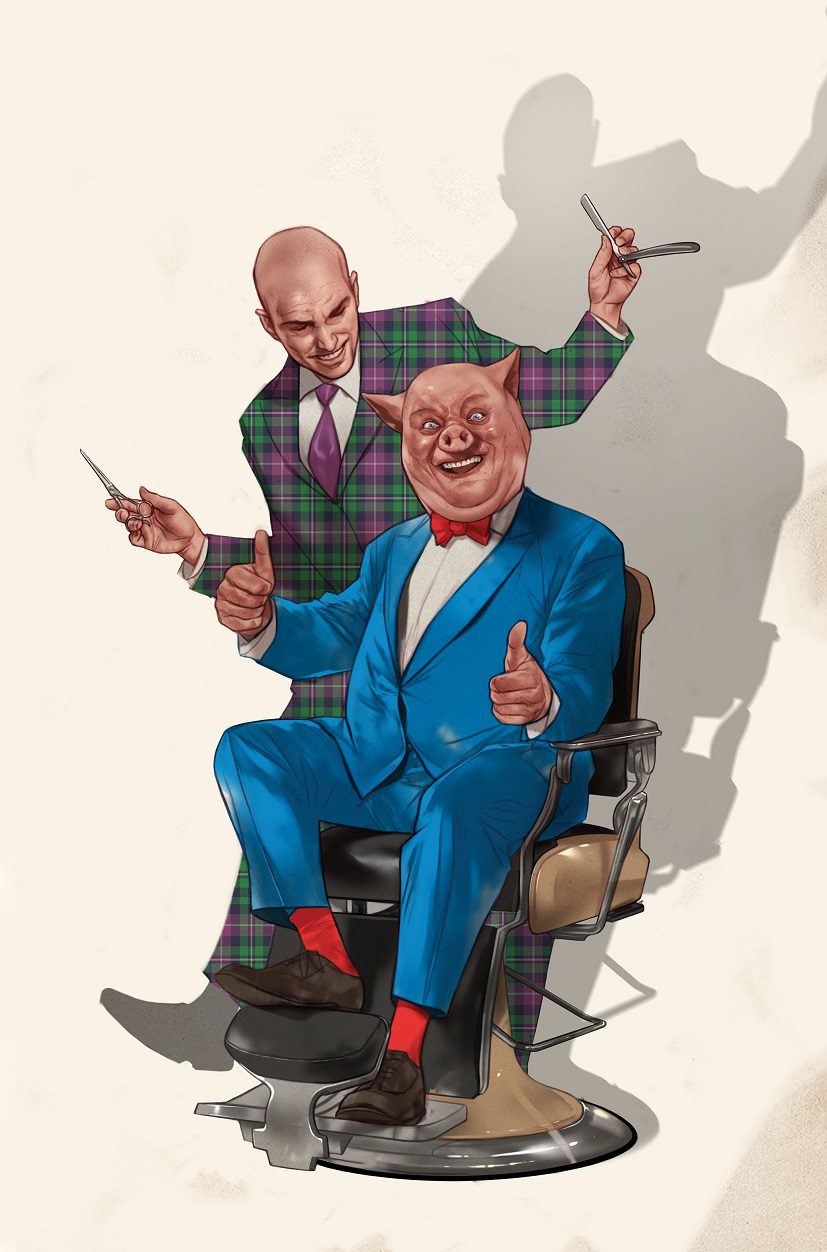 Porky Pig was on top of the world with his latest business venture, but like most things in the world of business, the bottom can come pretty quick. Down on his luck and alone, Porky is offered a new job heading the social media department at LexCorp. After finding success, purpose and friendship in his new position, he is given more responsibility. Specifically, Porky is put in charge of bringing Lex’s new social media platform Lexema to life. As Porky throws himself into getting this project going, he fails to notice that Lex has something sinister in mind for the project as well as everything else going on around him as Porky busies himself with the hunt for the person stealing employee lunches.

For a comedic story, this one does a really good job of hitting on a lot of the modern issues that have affected the country in the last few years. From corporate CEO’s jacking up the price of prescription drugs, Internet trolls to the loss of privacy, this issue showcases many of the things that can be divisive among people. The writer does a really good job of putting those things out there without being preachy and it was effective in the context of this particular story.

In the next story Porky Pig finds himself in the reception area or LexCorp trying to sell the billionaire office supplies. With a series of mad scientist wannabes being dismissed from the premises, Lex decides to bring Porky in after the pig’s presentation hints that the office supplies that he is selling are actually cleverly designed weapons. Lex proceeds to grill Porky on his products as he prepares for a showdown between his robots and Superman himself.

This was a fun and funny short to end the issue and I really enjoyed the classic cartoon look to it including the cameos by the mad scientists of the Loony Tunes world. Could definitely see this story as an animated short.