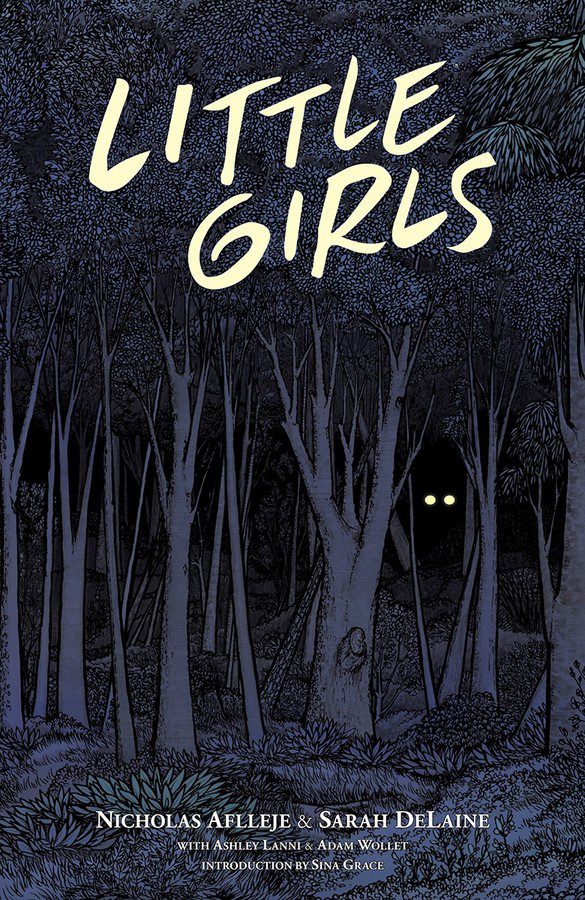 Something is killing the locals on the outskirts of Harar, Ethiopia. Could it be a serial killer? Could it be the local wildlife running amok? Or could the tales of the natives be true and an ancient evil be stalking those that dare cross its path? With the authorities baffled, the quest for the truth falls to two unsuspecting little girls, two local outsiders, to discover the mystery of the Kerit.

This original graphic novel is something of an enigma. While there are moments where this tale shines as brightly as anything that has been offered up to the comic reading public this year, there are also instances where the creators come off as painfully amateurish. It’s this constant back and forth between reading a gripping tale and the hurdles of watching a creative group come together that throw this book off balance.

But there is good news. In the end, not only does the tale end happily for the main characters, but the book itself wins you over as a reader. You can’t help but become invested in the narrative of Sam and Lielet, two spunky pre-teen girls who are discovering friendship for the first time. But the deeper tale of the Ethiopian wilds is what truly captures the imagination in this tome. It is the war of the lions and the hyenas that plays in the background of this book that provides the perfect adventure for characters and readers alike.

Sam is an English speaking transplant who just arrived after her family had relocated from Japan; being whisked around the globe because of her father’s employment. Sam is the strange foreign student desperately seeking a way to fit in. When Sam helps fellow outcast Lielet deal with some schoolyard bullies these two imperfect girls strike up the perfect friendship.

It’s this bond that becomes the backbone of the novel. Writer Nicholas Aflleje never beats the reader over the head with cultural differences or gets mired down in over detailing the characters backgrounds, but instead streamlines the entire offering for a great mystery/adventure read. The plot is simple yet effective, the characters are well defined, and the action builds to a satisfying crescendo that pays off nicely.

But here is where the stumbling blocks come in on this graphic novel. The art and visual elements of this novel range from pure brilliance to entry-level mistakes. The depiction of the African wildlife, landscapes, and the creepy villainous Kerit is where Sarah DeLaine shines.

However, DeLaine proves time and again that anatomy, proportions, structural perspective, and movement are not her forte. There are panels where Sam’s father is drawn with a head that is three sizes too big for his body, there are multiple instances stiff figure work, and in far too many panels that take in interior settings the background is sparse and lackluster when compared to the art we see elsewhere in the novel.

The coloring and lettering are sufficient, but there are times when both seem stagnant and uninspired when held in comparison to pages that take place later on in the story. It’s easy to see how the creative team progressed in their comfort level as the book went on.  Which in a way brings in its own charm, as the reader becomes more engaged in the story the world becomes more dynamic and interesting visually.

As far as an enjoyable reading experience, this novel is right there on the list of some of the best offerings we have had this year. But from a comic fan’s critical eye this book comes off as an Indy darling that could have used some more time in the creative process before being wheeled out to the public.

While I highly recommend this graphic novel, I hope that the creative team will take their time and bring a more cohesive tale to their readers in future offerings. If you liked Brain K. Vaughn’s Pride of Bagdad or Grant Morrison’s WE3, then there is a lot of fun to be had here. If you’re looking for smooth and flashy entertainment then you would be better suited to look elsewhere, as Little Girls is all heart, but rough around the edges.