Friends, enemies, frenemies, casual online acquaintances, and total strangers alike – welcome! This is (hopefully) the first in a series of articles intended to give you some basic reading material relevant to the endless parade of comic-inspired movies and TV shows dominating today’s pop-culture. With the ever-expanding cast of characters in the MCU (and its legally distinct counterparts) bringing more and more deep cut and cult-following characters to the big and small screens alike, it is easier than ever for us to get our geek-cred called into question. But have no fear True Believers; GWW is here to make sure you can survive the summer blockbuster season with your Nerd Card intact.

This will not be a comprehensive reading order – there are plenty of those out there already, many of which are absolutely excellent, but mind-numbingly thorough. Think of this as a crash course on your new favorite characters for the modern Geek-on-the-Go. We’ll get you through the essentials, and along the way try our best to point out some of the more notable rabbit holes you may want to get lost down. All killer, no filler – like a pie without that nasty dry bit of crust up around the edge. Or a fine glass of scotch that hasn’t been watered down with something stupid like cola. Or ice.

So without further ado, let’s dive into the recommended reading for Logan!

Must Read: The X-23 Origin Story 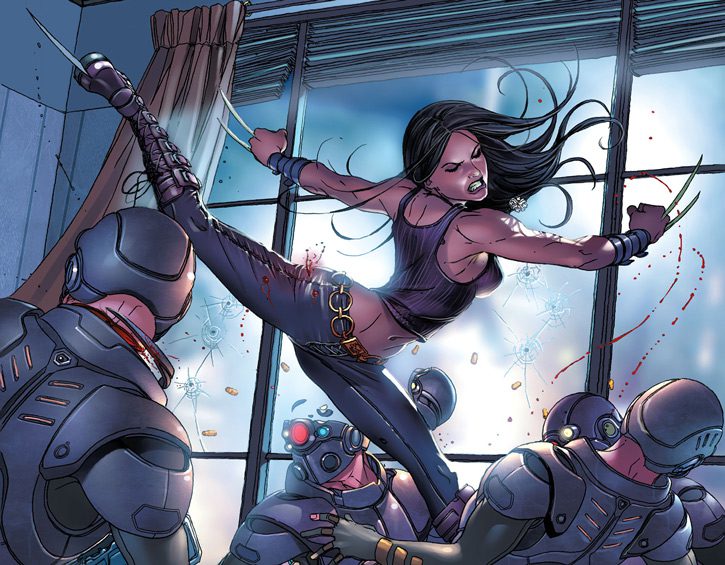 If you read anything at all before seeing Logan, make it the two 6-issue miniseries written by Craig Kyle and Chris Yost. They are collected in two trade paperbacks, X-23:Innocence Lost and X-23:Target X, and are also available on Marvel Unlimited as X-23 (2005) #1-6 and X-23: Target X #1-6. This is the definitive origin story for Laura Kinney (aka X-23) in all of her awesomely badass glory.

READ AFTER YOU SEE IT: Wolverine – Old Man Logan 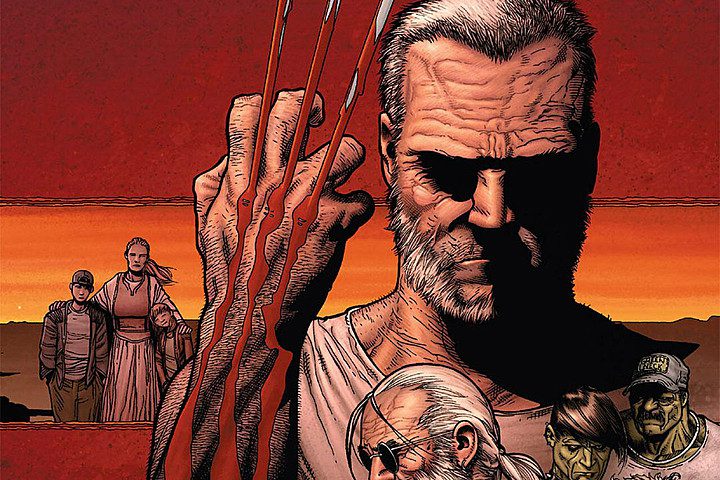 Unless you’ve been paying less attention than the Hulk in anger management class, you probably know that Logan is inspired by Mark Millar’s classic Wolverine story. Old Man Logan is hands-down one of the best stories in modern comics and worth reading, owning, and reading again. But unless you’ve already read this masterpiece, do yourself a favor and save it until after you’ve seen the movie. This may seem like a weird recommendation, but trust me on it. Due to a litany of (mostly legal) factors, the plot of the original comic could not possibly have been made into a movie by Fox. And thank God they didn’t even try. Other than the gritty aesthetic and post-apocalyptic-buddy-road-trip bit, it looks like we are getting a unique story. You won’t spoil anything from the comics by reading them afterwards, but you just might save yourself from setting unrealistic expectations for the movie. Go enjoy Logan, and then go enjoy the shit out of Old Man Logan right after.

Note: The Old Man Logan tie-in from Marvel’s 2015 Secret Wars event and the current/ongoing title from the “All-New, All-Different” lineup are separate from the original Millar story. They are good, but have nothing to do with this movie other than starring an old Wolverine.

Background on The Reavers 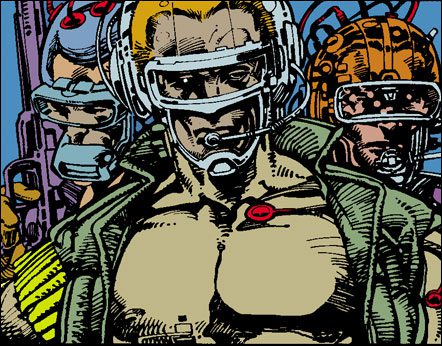 While they don’t really have any “essential” story arcs that I would recommend before the movie, it is probably worth mentioning the Reavers. They have a history with the X-men dating back to 1988’s Uncanny X-Men #229, but the short version is that they are a b-list team of evil cyborgs that hate mutants and occasionally show up to cause problems for the X-men and then get butchered by Wolverine. A great example can be found in the “Bordertown” story arc from the current Old Man Logan run (Old Man Logan (2016) #5-8). They also appear briefly in Messiah CompleX, where they fight both Wolverine and X-23. Double the claws, double the fun!

Down the Rabbit Hole and What You’ll Find There 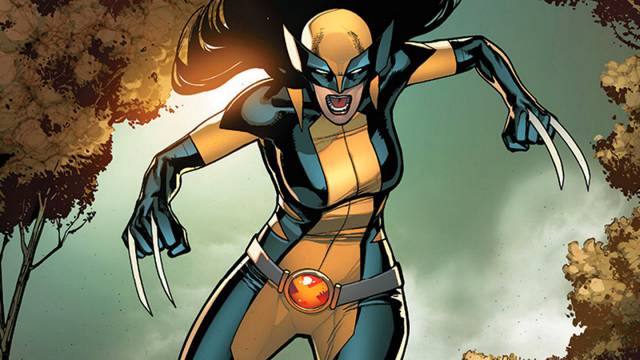 If you enjoyed Innocence Lost and Target X, Craig Kyle and Chris Yost pick right back up with X-23 as she enrolls as a student at the Xavier school. New X-Men #20-43 (collected in trade paperback and on Marvel Unlimited) will take you through the Childhood’s End storyline, but X-23 remains in the book through the Messiah CompleX event and beyond, so there’s plenty there for you to enjoy.

For the true completist, X-23 also has a few appearances in Grant Morrison’s Uncanny X-Men that loosely establish how she came to Xavier’s School without having to answer a ton of pesky questions about her past as an assassin. “The Cruelest Cut” storyline runs issues #450-451 of Uncanny X-Men (1963), and our girl pops up again in the “On Ice” storyline that runs issues #455-461. These take place between the end of her solo miniseries and the beginning of the “Childhood’s End” storyline.
If you enjoy the edgier (slashing-stabbing-and-maiming) side of X-23 then you’ll probably enjoy X-Force (2008). This picks up at the end of Messiah CompleX and has her strapping on her big girl boots as a full-fledged member of the X-men’s “off the books” black-ops (read: assassination) squad.

Unsurprisingly, X-23 plays a significant role in the aftermath of the Death of Wolverine event. Laura is a central character in Death of Wolverine: The Logan Legacy and Death of Wolverine: The Wolverines. I personally am still too traumatized by the news of Logan’s demise to read any of this event, but I hear good things.
Last but not least, I would be remiss if I didn’t give a VERY strong recommendation to the current run of All-New Wolverine (2015) by Tom Taylor. While less gritty than some of the classic X-23 fare, this series finds Laura Kinney hanging up the moniker of X-23 in order to take up the mantle of The Wolverine (you know, now that Logan is dead and all). This is hands down one of the most enjoyable books in Marvel’s current “All-New, All-Different” lineup, and should be required reading for any serious X-23 fan.

What NOT to Read (Seriously, Avoid At All Costs) 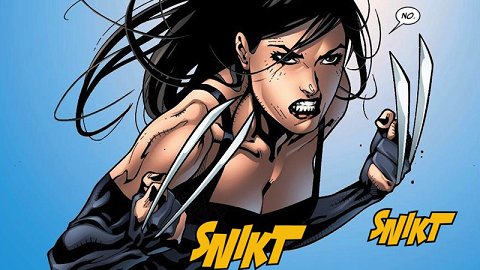 (RANT WARNING.) Hopefully I won’t have to include this section in all of these columns, but in the case of X-23 there is one book to avoid like the plague (because it is the comic book equivalent of Ebola). To avoid any confusion, I will say this very clearly: DO NOT READ THE SERIES “NYX.” And once more for everyone in the cheap seats: DO NOT READ NYX. Seriously, there is nothing there for you. Unless you enjoy having all of the character growth and personal agency carefully developed during the Innocence Lost and Target X storylines completely thrown out the window with absolutely no explanation, and an awesome, badass, and emotionally complex character arbitrarily reduced to a weird, mute, and helpless victim of human trafficking. If that’s your thing, happy reading. But I personally prefer my X-23 stories (and comics in general) free of reductive, out of character sadomasochistic child prostitution. (OFFICIAL END OF RANT.) 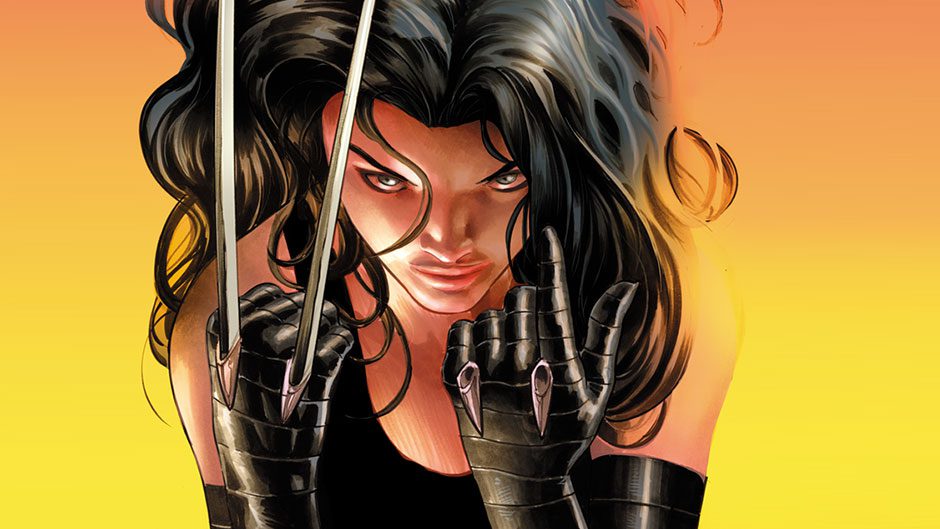 I hope you enjoyed my pre-reading recommendations for Logan. To sum things up: read Innocence Lost and Target X before you see the movie, read Old Man Logan immediately after, and check out a whole bunch of the other awesome stories above if you think Laura Kinney is a badass. Just skip NYX.

Join us next time for a rundown of pre-reading for Netflix’s Iron Fist!