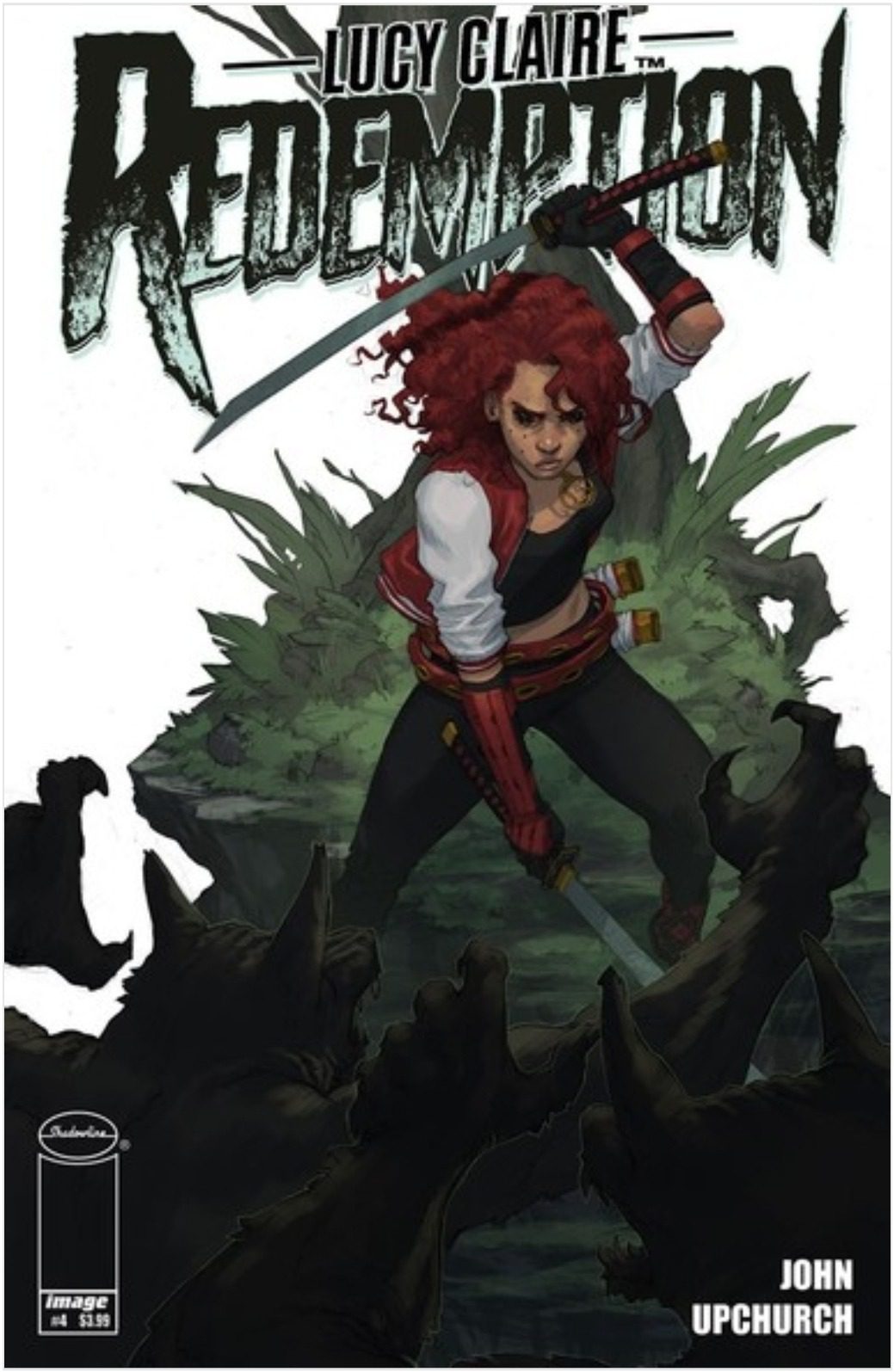 Answers typically lead to more questions when the answers aren’t what you expected. Issue 4 of Lucy Claire Redemption does exactly that, it gives us some information just to have us needing more. John Upchurch uses this issue to allow the group a chance to rest only to leave us with a huge question at the end.

Rennie, as she is called now, provides Lucy’s team and us with a brief look at Lucy’s past. Other than the information about Rennie and Fararan once protecting Fairmane not much additional information is revealed. So far we still only know Lucy suffered the loss of her children and a great deal of shame. I can’t help but feel that very little has happened yet to make this story feel redemptive in nature.

Taking on all roles, Upchurch is also responsible for the art of the issue. Some of the most dazzling displays of his talent take place during the scenes while Rennie is tending to Lucy. The issues lone action scene is similarly given great detail, the Baki Twins fluid motions captured perfectly as they attack.

If there is any major drawback to the issue it’s with the character herself. She spends much of the issue recovering from her wounds, only to discover upon awakening that the NEW Wolf Hunter wasn’t killed as the gang believed. A drunkard adds enough salt to the wound for Lucy. If she believes her children are out there I can only hope that is what finally forces her to shake off her self pity. The events in Bristol were possibly meant to draw her out, hopefully she can make the most of the opportunity.