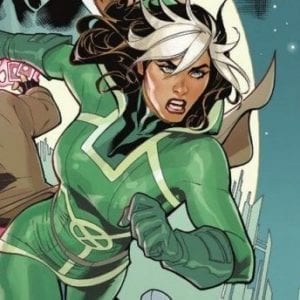 The Pitch: Superman has fought plenty of big bads in his day. Some as strong as him, some stronger. But Rogue is more than someone who can go toe-to-toe with him physically. She can drain his life force entirely. We’ve seen the impact she had on Carol Danvers — and vice versa. What would happen against the Man of Steel?

Plot: Even though they have each other, Rogue and Gambit’s lives haven’t gotten simpler since they tied the knot. Things get dicey when Gambit sneaks out for reasons Rogue doesn’t know. Is he back to his thieving ways? Just when Rogue is about to find out, Gambit runs into a problem: Superman. The fight was a bit too much for Remy, leaving Rogue to rush him to safety after she briefly battles Superman. From there, she has to figure out what’s going on while Gambit is sidelined and in serious condition.

Setting: A major city, like New York or Chicago — in the Marvel Universe.

Other Characters: Have to throw Gambit in the mix. He Rogue’s motivation to go into attack mode. Also, Superman is somewhat the villain in this, but there needs to be someone who sent him down this path. It could easily be a Marvel villain, but I like the idea of a DC master-manipulator, like Scarecrow and/or Lex Luthor, being involved in this. Including those villains could help lead to a larger crossover battle — especially since Rogue has ties to Marvel’s two greatest superhero teams. 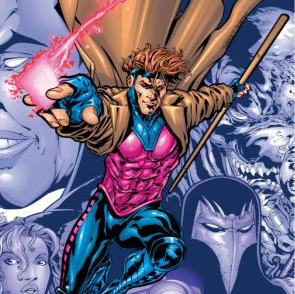 Notes: Thompson rocked Mr. & Mrs. X after she did the same with Rogue & Gambit. Would’ve been nice to see that story continue — this is a small way it can. … Pasarin’s style is a great fit for a big brawl between two immensely overpowered characters.