Marvel’s The Punisher is the latest entry into the Netflix world of the Marvel Comics universe. What sets this series apart from the others is that there is no hero’s journey to follow. Frank Castle isn’t a hero and doesn’t want to be. His journey is one of both personal revenge and personal truth and it’s a violent one from start to finish. 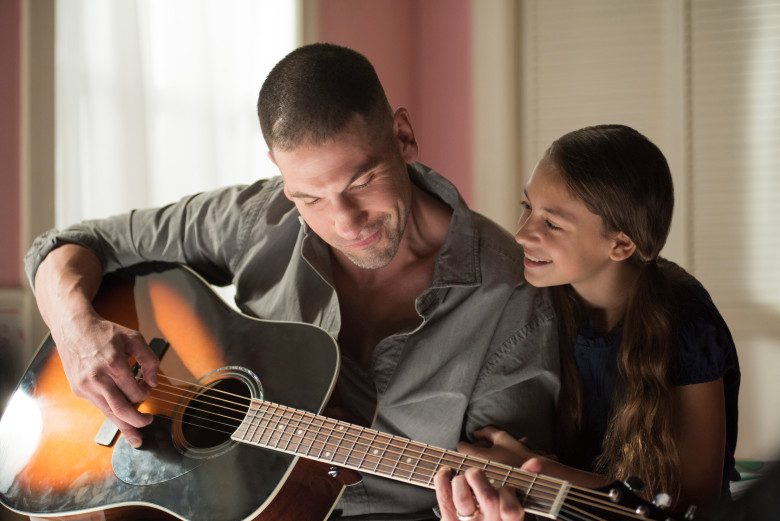 Jon Bernthal is brilliant as Frank Castle/The Punisher. From the first episode forward, there is a tragic menace about him in his portrayal of a man tortured by what he knows and who he is. Frank is a tragic character who is trying to find his place in a world that doesn’t want his skill set. Bernthal is able to channel that quiet rage in his performance. There are several scenes of him brooding over one thing or another, but those moments work in giving the character’s actions more thought. Unlike the heroes in the city that he’s come up against or heard about, Frank has no powers. His thinking through a situation is on par with his mortality and his training.

There are several references to the trauma that veterans face when they return from war and the series touches on those moments in scenes featuring one of Frank’s only friends Curtis (Jason R. Moore), who served with Frank and who runs a support group for returning vets. Their dynamic works well with Curtis giving Frank books designed to connect him to the world, but also allowing him the space and solitude he needs to deal with his trauma. 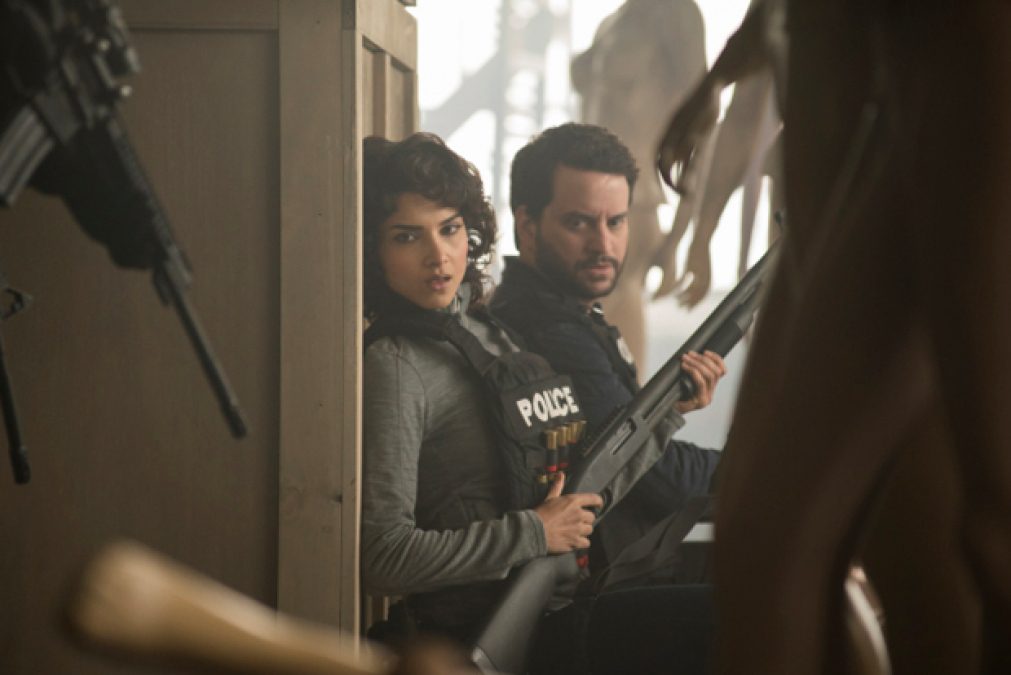 The events that bring Frank back into the world he shunned involve his former unit and their actions during the war, specifically war crimes they might have committed that were sanctioned by their superiors. Unbeknownst to Frank, there are other people interested in the actions of his former unit. Dinah Mandani (Amber Rose Revah) works for Homeland Security and she’s desperate to find out why an asset that she was close to in the field was betrayed and killed. Micro (Ebon Moss-Bachrach) has faked his own death in order to uncover the truth about government corruption and is trying to use Frank to get that information. 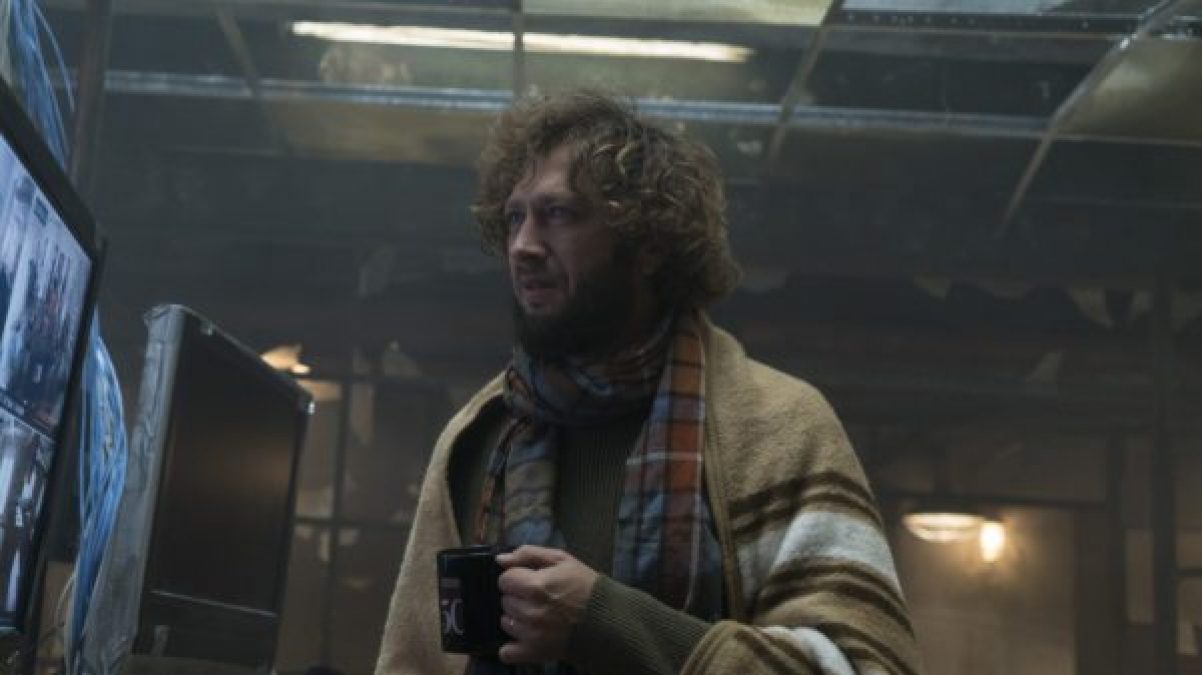 Intercut with the plotlines and violence, the one element that isn’t really developed is Frank’s family. Frank’s wife Maria (Kelli Barrett) seems a little too idealized in her scenes. The fact that these are Frank’s memories of her allows for some of the exaggeration, but it also takes away a sense that she was a real person with thoughts, emotions and a personality. This is only a minor issue in a show that works overall. 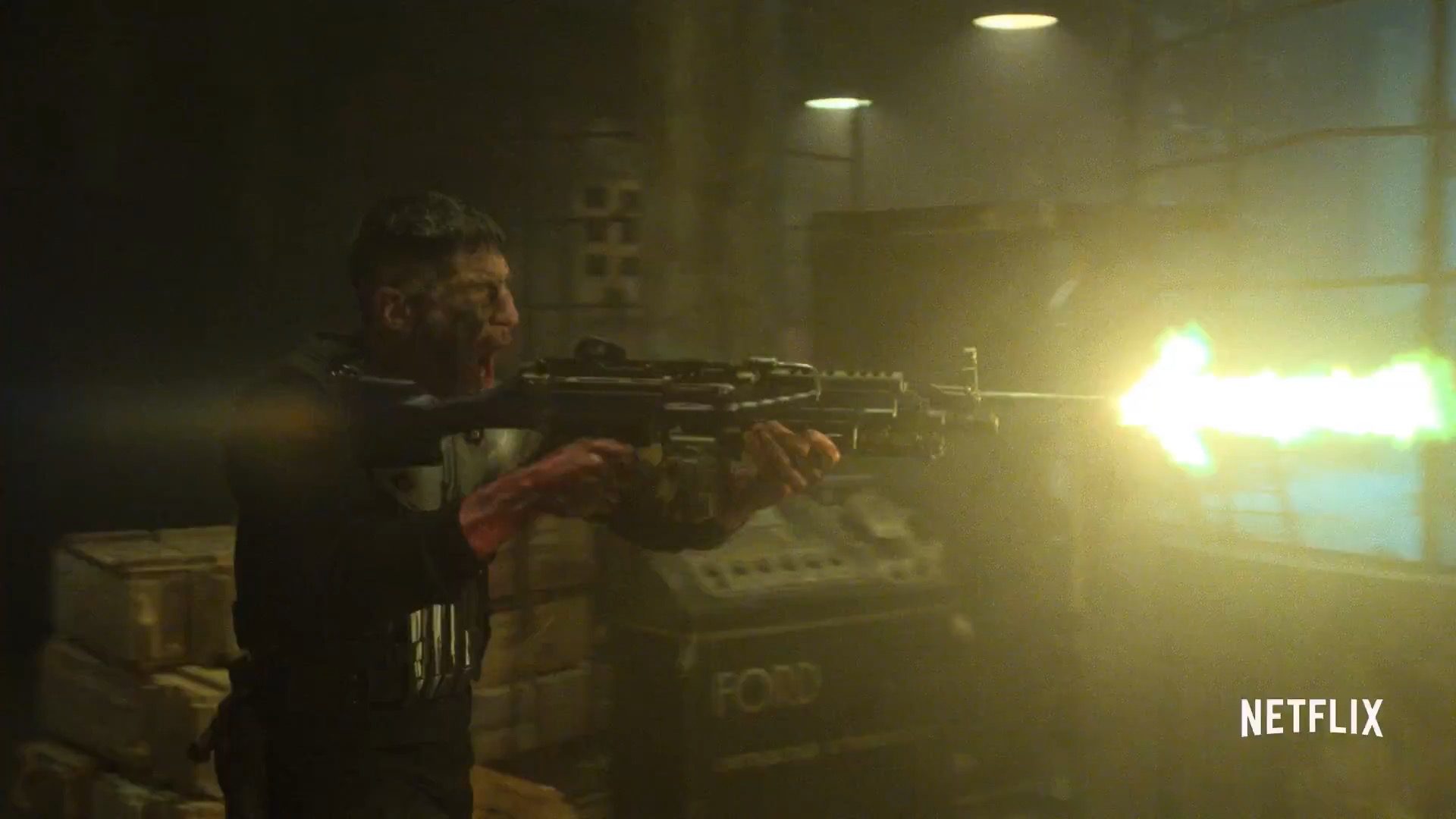 The Punisher is an incredibly violent series. It cannot be understated that the violence that is enacted is visceral and designed to serve the story without glorifying it and it works on many levels. Frank’s reluctance and ultimate embrace of what he’s uniquely skilled at is both tragic and satisfying as well. You want to know that The Punisher is capable of mercilessly destroying his enemies, but this show also lets you feel for Frank Castle in those moments as well. It’s a very thin line that the series walks between not shying away from violence and not glorifying it either and it works. The Punisher is a worthy addition to the Netflix/Marvel shows and worth watching.