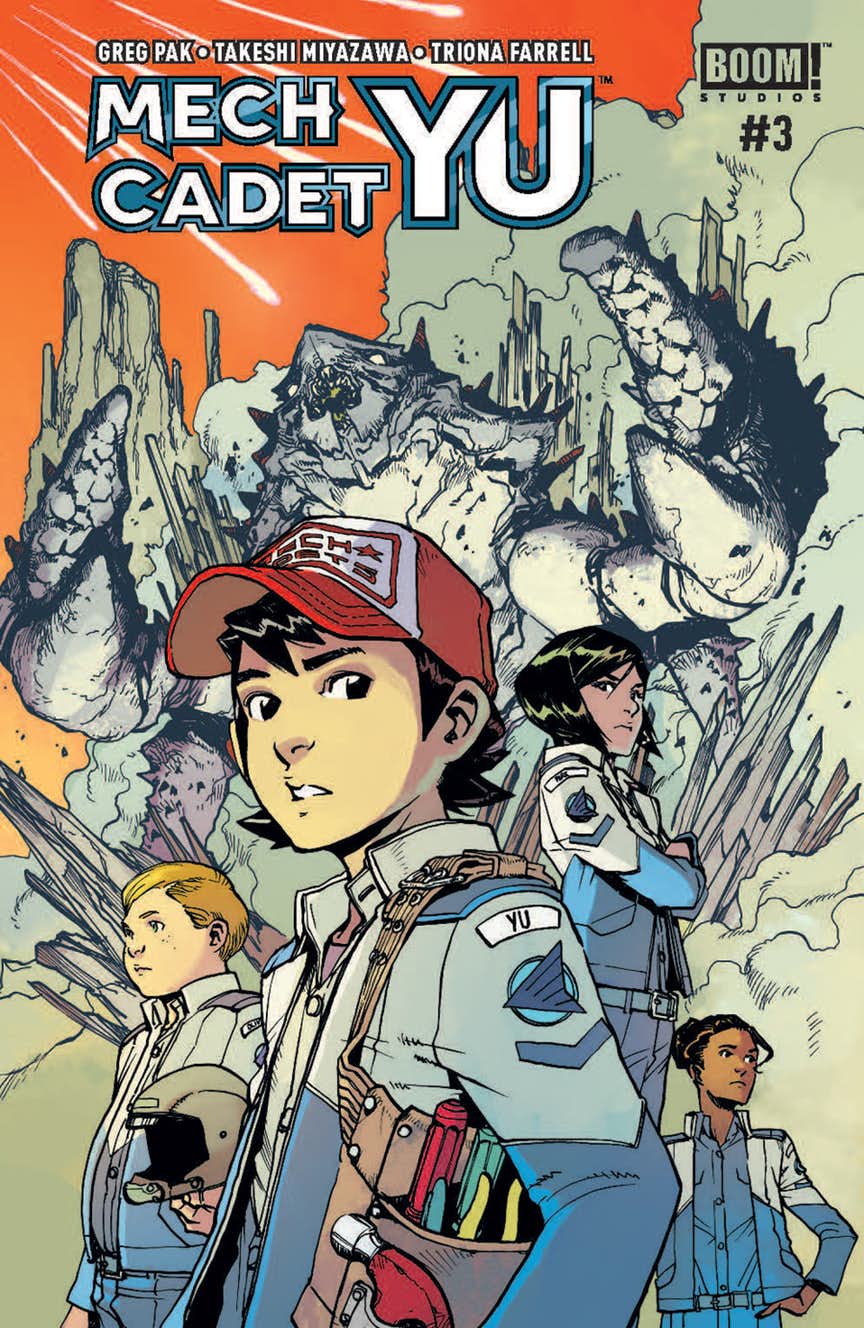 The alien-kaiju known as the Sharg have returned to earth. The Sky Corps Academy prepares its cadets for another war.

I absolutely love this comic book very much. It hits right into my mech and kaiju loving sweet spot. Greg Pak is clearly a fan of the genre, and is creating a world that is accessible to all readers. Like my favorite mech anime mixed in with Avatar: The Last Airbender, and I don’t make that comparison frivolously. So far, the characters have been just as interesting as the story going on around them. There is a great moment where Stanford’s mother interrupts the general to take her son out of the

academy, the second-hand embarrassment for a fictional character was real. They’re all such likable people, and you can’t help but cheer for them, even Park. Though I haven’t a clue why Hero Force One has such a mean streak, perhaps it has something to do with him being the only man-made Robo.

Like before I love the mech designs, they’re more uniform than expected and it looks like a real army of Robo mechs. I wasn’t sure how these locus type aliens would look, but Takeshi Miyazawa went full-on gnarly kaiju. They’re mean looking and I’m surprised the cadets didn’t show any fear in taking them on, at least so far. Next issue’s battle might reveal some more hesitation.

Through all his struggles, Stanford continues to do his best and reach out to his teammates, even when the general forces them to compete. The characters are truly the focus of the story, and they’re all amazing.