Seven years after the last MiB movie graced the big screen, we have now been graced with a semi-reboot of the franchise in the form of Men in Black: International. This fourth title in the franchaise brings in lots of newcomers to the world as well as a friendly face or two. As one would expect, the MiB are there to stop the world from being destroyed by an otherworldly menace and they are the only ones that can stop it.

The digital and physical releases are bringing quite a lot of special features and bits to watch and devour for your own pleasure. In the digital version nearly half of the items were deleted scenes which were mostly mediocre. However, once you got past those you really got into some really good material and the run times on all the segments were very managable.

The behind the scenes portions of the features were very enlightening and brought much to be enjoyed. Seeing the interviews with the cast and crew, how they focused on the feel of the franchise and to keep the spirit alive, evolve on the tools of the trade, and bringing in fresh blood that was previously held by Tommy Lee Jones and Will Smith for 3 films was quite a joy to see. There were a couple of “commercial” clips that were featured that gave a snicker or two as well as a few more clips that refreshed your knowledge of MiB, a MST3K-esque clip featuring Frank and Pawny, and a fair investigation of professional basketball and aliens.

To sum up, the special features for Men in Black: International are quite like the movie itself; you will get exactly what you expect to get from what you’re seeing. While not stellar, the film and features are good and worth the viewing.

Men in Black International is now available on Digital, Blu-Ray and DVD. 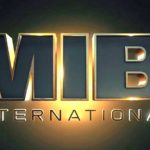 A lifelong nerd, Chris has a deep respect and love for the visual arts of movies and television. Able to name a Star Trek Next Generation episode from just the first 30 seconds! Passions for gaming in its various forms, technology, and knowledge drive this man's will to live!! Twitter @IngloriousCAS