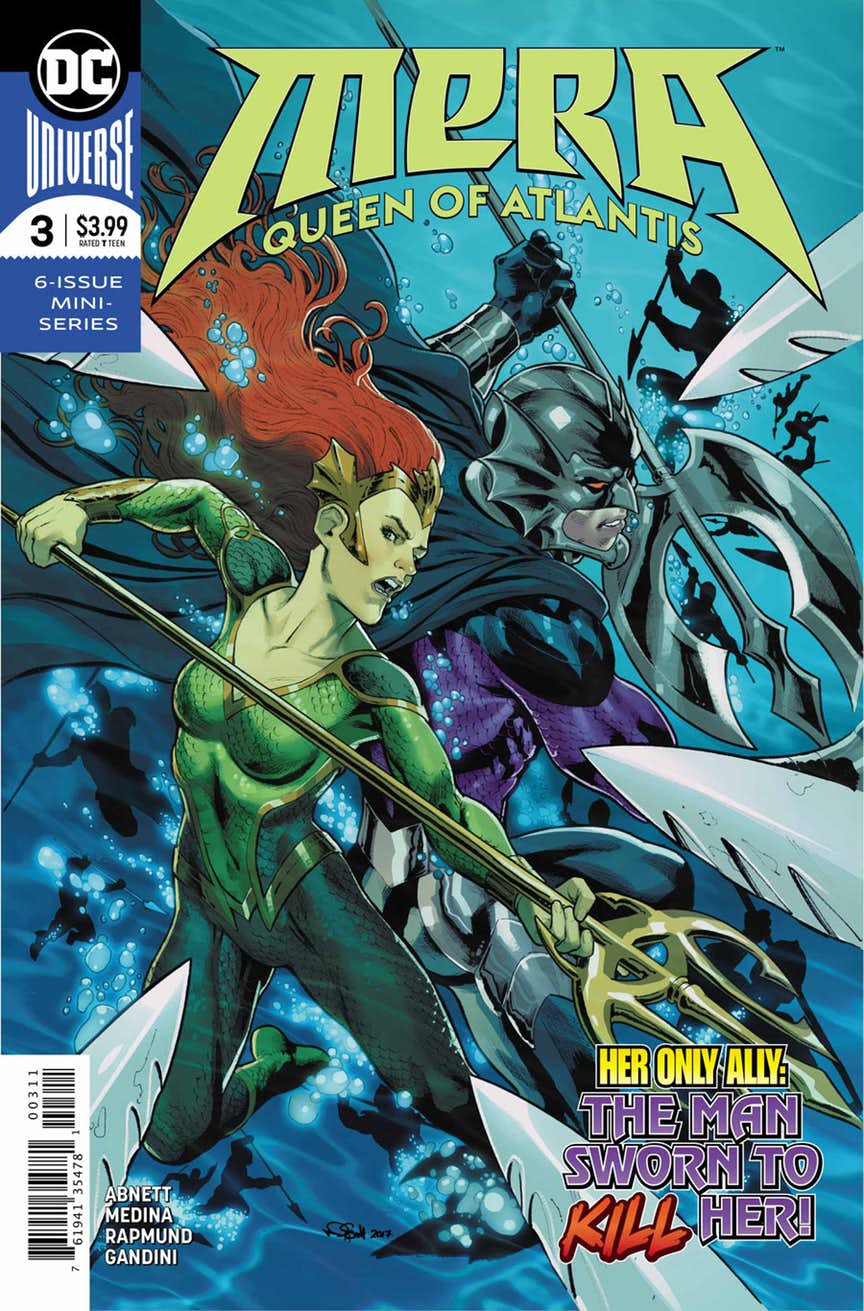 This Issue starts with Mera still unconscious in a continuum from issue#2, remembering her time in her time in Xebel. Where her life began. She was a warrior, princess, and heir to the throne. In this memory, we see some of her weaknesses. Humanity and her disloyalty to her father and kingdom. When she wakes up we see Orm’s weakness. His new “mouth breathing” family. They show up and stop him from killing Mera. After a lot of discussion Orm, Mera and his dryland love Erin come to an agreement and there’s a defiantly a huge adventure and questionable decisions at the end of the issue.

While I did enjoy the issue because of its conclusion and the agreement made, I feel like a lot of the drawn-out conversation was unnecessary. I always enjoy character build up, I don’t feel like this conversation showed a whole lot of Erin’s character until the end besides jealous. It seemed repetitive and it was 80% of the issue. It’s only a six-part series so that’s possibly why I’m so impatient with the drawn-out dialogue. The last two issues seemed so different. The end dialogue and parts of Orm’s were definitely intriguing and showed a softer side of him that even his half-sister Tula and Mera

Dan Abnett DC comics mera
Are you an Insider?News, reviews, & updates are just the beginning.