When screenshots from Metropolis Lux Obscura released I felt a great deal of excitement. As a long time fan of both comic books and Film Noir, this seemed like a wonderful addition to my Switch library. That was until I had the misfortune of actually playing it.

Let’s begin with the one and only positive. The artist behind this project is clearly a very talented individual. Metropolis Lux Obscura has a beautiful neo-noir comic book style. Any fans of gritty comics and Film Noir will get a kick or two out of the artwork alone. Each scene and every character looks fantastic. This is where my praise for the game begins and ends though. To have an artist of this calibre and waste them on such a forgettable, shallow project is an insult.

In Metropolis Lux Obscura you step into the shoes of Jon Lockhart, a walking stereotype. Recently imprisoned for a crime you didn’t commit, you take to the mean streets to find answers. Sounds pretty familiar, doesn’t it? I could, however, look past its unoriginality as a homage to the genre it tries so hard to be a part of. But it just makes no sense.

The plot is at best boring and at worst stupid! It seems to jump from point A to point C with little warning or reasoning. The game also suffers from severely bad translation issues, making a lot of the dialogue nonsense. Most of the dialogue either doesn’t make sense or just isn’t how human beings talk. To emphasize check out the screenshot below. The ridiculous dialogue is an absolute game-killer for me, however, it is the plot itself that annoys me the most. I would warn for spoilers but I’ve completed it with every ending and I’m still not too sure what happened. 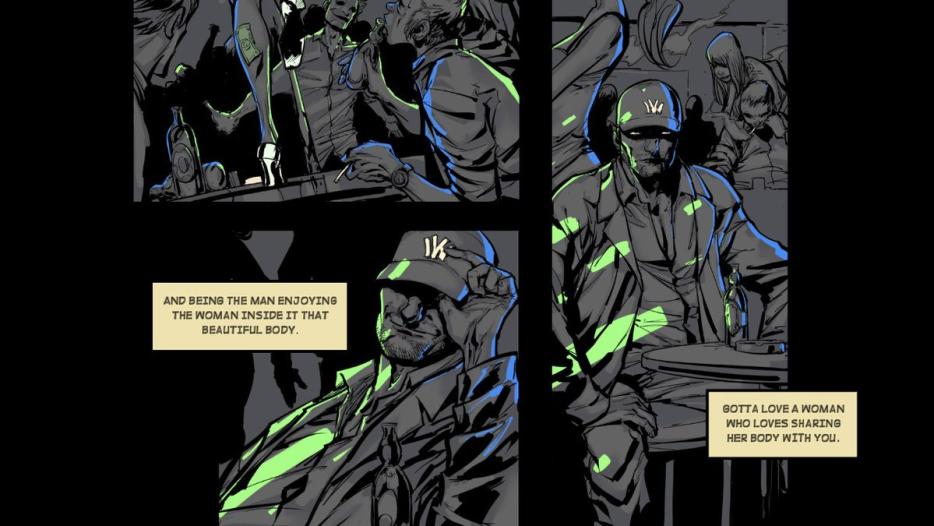 The plot is disjointed and confusing. Characters aren’t explained and events just sort of happen with no warning. One second you’re talking to a character, then out of the blue, you are suddenly attacked by an Elvis impersonator. I get that games can be whacky, and in the right time and place, this works. But when you attempt to sell your game as dangerous and dark this just seems ridiculous.

The entire game will last you about two hours if you want to see every ending. There is very little point to this however, the endings are all equally poor and pointless.

This was without a doubt the worst aspect of the game and deserves its own section to highlight how horrific it is. The game designer openly flaunts the sexist undertones in the description of the game. Despite this, it could not have prepared me for just how sexist the game actually is. All of the women shown are simply sex objects. The clothing is absolutely ridiculous and the dialogue seems like it was written by a teenage boy too nervous to have actually spoken to a real woman before. 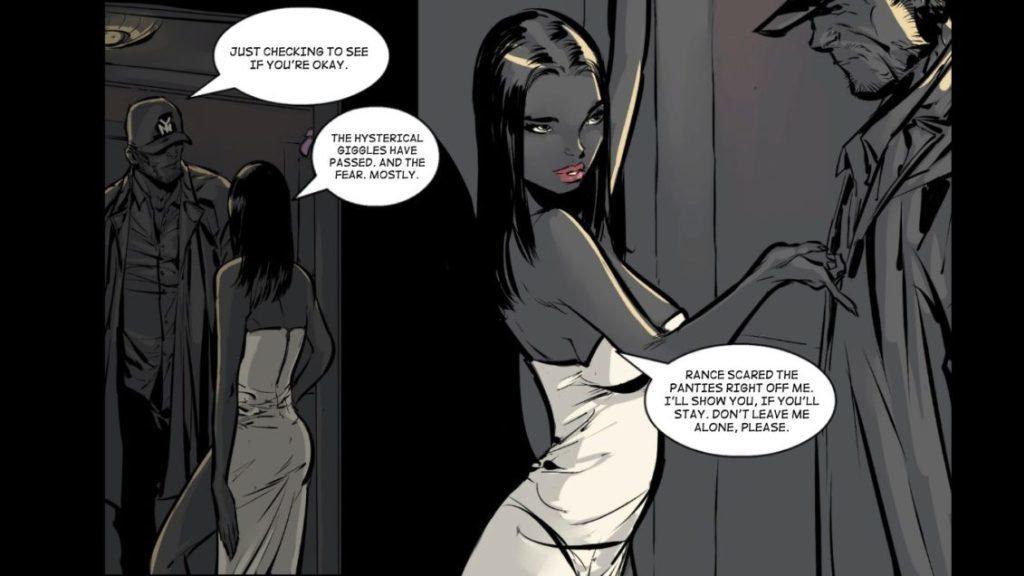 Moving past the sexist depiction of women, the rest of the characters are weak. The main character is utterly ridiculous and entirely unrelatable. Every other character is equally dumb with awful voice acting to boot. The translation issues I mentioned before really do not help the game at all. All in all the characters and writing in this game is best described as a series of bad ideas with even poorer execution.

Utterly forgettable. The “gameplay” features a series of match 3 puzzle style games which replaces fighting. It’s boring and almost entirely luck based.  Originally I thought it would match well with the Nintendo Switches portability. But to play this game in public would be highly embarrassing with its crass, tactless imagery.

Along with boring gameplay, I must also add that the port for the Switch is rather buggy. Games will freeze forcing you to restart, options on the map screen will disappear forcing you to play the game again from the start, a truly hellish punishment.

The length of the game, when put alongside its price tag, is awful. You would honestly have to pay ME to play this mess again.

I truly wanted to love this game. As a film geek, I was obsessed with classics like The Maltese Falcon, I honestly thought from the artwork alone that this would be a hidden gem. I was sorely disappointed and honestly struggle to call this a game at all. The characters were a joke, the story was weak and the writing was absolutely awful. Thank goodness it was short.