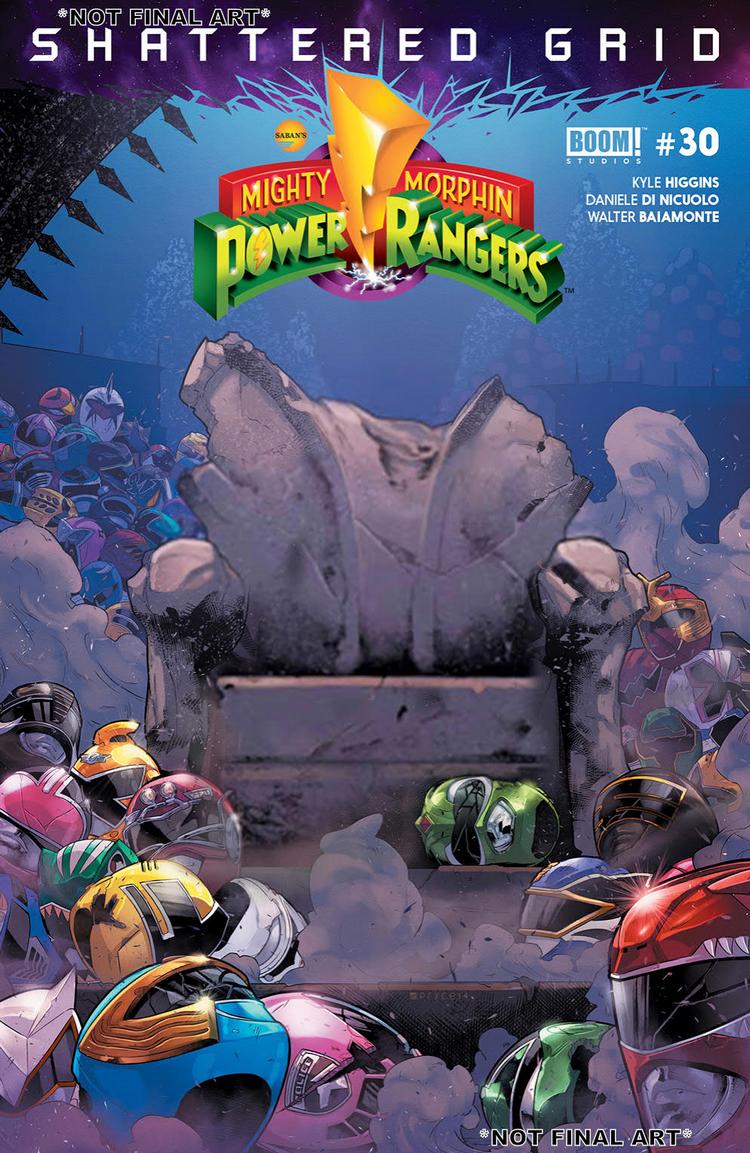 It has all come down to this issue. Mighty Morphin Power Rangers #30 is not only the last issue in the Shattered Grid event but also the creative team’s last issue before the new one takes over for next months issue. From the beginning, this team set out to create a fun action-packed story and they have done so exceedingly well. The event also has felt like it had a very proper build up and the way they manage to hit the other ranger teams felt natural in the scope of the world of the power rangers. The scale feels very large in the event and with the addition to Rita joining in to help resolve this battle just adds more excitement to the story. I was very glad how far they went to touch back on where Tommy’s power came from and there’s even a certain candle that many fans of the original show will immediately recognize that comes into play of her plan to take down Lord Drakkon.

Jason also narrates through a few pages at the beginning of the issue, and then you see that it turns out to be a speech he is giving to the mass of power rangers that came from across all dimensions to help out in the battle. Jason at this point to me has now fully evolved to the strong leader he has been mostly known for but his companionship towards not only to his teammates, but close friends comes to shine here as he shares a very heartwarming moment with Kimberly. When the action takes off, it’s all very chaotic as both sides collide with all weapons and Zords in hand. Drakkon even brings himself to the fight and he continues to show that he’s no one to take lightly as they Power Rangers struggle to win the battle.

I know I will miss this art team here as they have really brought the feel of the power rangers while still being able to add a serious tone to it. This issue probably has some of my favorite panels of Rita in the entire run. You also really feel the impact of the fight scenes and there’s one moment in particular that gives one ranger a shining shot. Mighty Morphin Power Rangers ends the event with all the layers it has been using to make the series very much talked about and it only leaves me excited for more in the future.