I wouldn’t say it’s the best Power Rangers title yet, it certainly has a few flaws but it does manage to bring a modern spin to a classic series. The art style is clean, crisp and includes a comic-like feel, especially during the cutscenes.
The dialog and exchanges between each of the characters are a bit bland and boring throughout. The game does manage to use dialog ripped directly from the series, which at first seems exciting, especially during the opening credits, however we quickly realize that majority of the clips featured sound like they simply took an audio recorder over an old recorded VHS episode. The music and characters were such a huge force behind my excitement for this title. Not only did they capture sound bites from the original series but they also included the TV series original soundtrack, yes that includes that epic Power Rangers guitar riff. At times, I found myself zoning out the poorly recorded dialog and enjoyed the solid Power Rangers score as I took down Putty Patrollers left and right.

Aside from the original 5 Rangers, there are multiple characters from the series that make guest appearances, from Bulk and Skull to my favorite Power Ranger, The Green Ranger. They even managed to make one of the storylines included in the game revolve around the Green Ranger and his rise from the dark side, which was one of the best parts of the game.

The gameplay overall is easy to pick up and master, It’s very similar to the typical hack-and-slack type of games like Castle Crashers or Guacamelee. The game makes for fun local co-op, which is nice, especially considering that it’s such a rare feature these days. Although, I will say that it looks like Nintendo appears to be bringing back the couch co-op games, but that’s a story for another day. At times I did notice the framerate drop, especially when there are 4 players fighting a bunch of Putties at once but it isn’t too distracting. 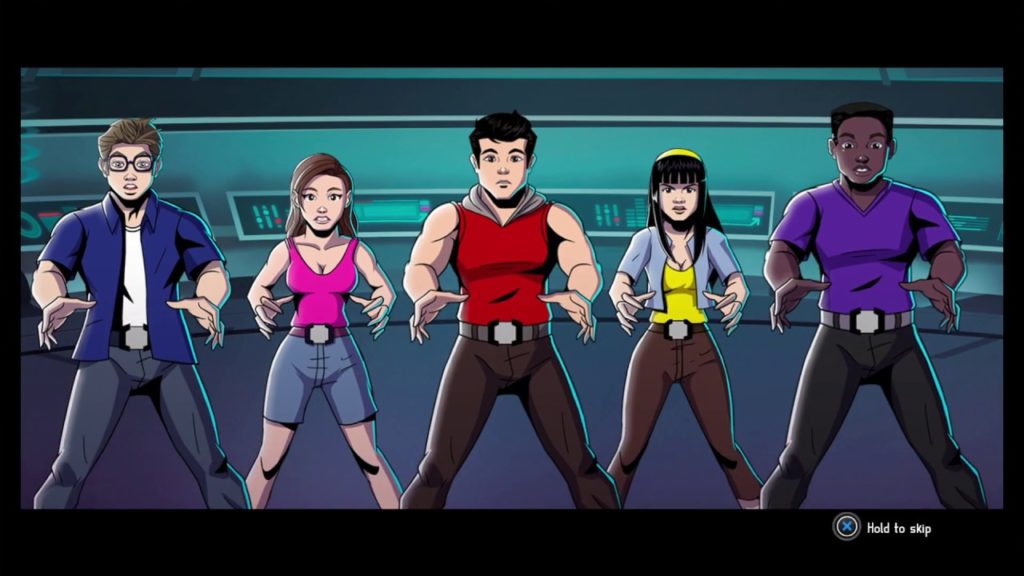 You start off in regular street gear and progress by fighting enemies until you have gathered enough energy to morph and access a larger option of moves. Each character has different stats, for example, Jason has the best martial arts skills. The play style, in my opinion, is very fun with others but playing solo can feel rather repetitive and boring at times, as the enemies and bosses are pretty easy to defeat. Similar to the series, once you defeat a boss in a level, Rita will throw down her wand, granting the ability to make the villain Godzilla-size and the final fight takes place in your Megazord. Rita even uses her classic line, “Make my monsters grow.”

The Megazord battles aren’t very challenging; however it does provide a unique style of gameplay outside of your standard hack-and-slack realm, as you are required to select certain button combinations in order to destroy your enemy.

Overall, I wouldn’t necessary say the game is worth the $15 price tag, but it does provide the options to play with 4 players locally or online and includes a versus mode, a challenge mode and of course the nostalgia trip, which to me was enough to run out and get it. If you don’t mind the price, or if it goes on sale, this is a game I would suggest adding to your vault. You’re not going to get the most robust game with a ton of character development but you are going to get a nice enjoyable experience that pays ode to the cheesy TV show we still love. If you are a fan of the classic Sega/SNES games like Ninja Turtles: Turtles in Time, or even the original Power Rangers: Movie game (1995), then this is a game you may actually enjoy.

Saban’s Mighty Morphin Power Rangers: Mega Battle is currently out for Consoles and PC. Let us know your thoughts on the game in the comments below.

Still curious? Check out the video below as Debra and I run through the first level of the game: