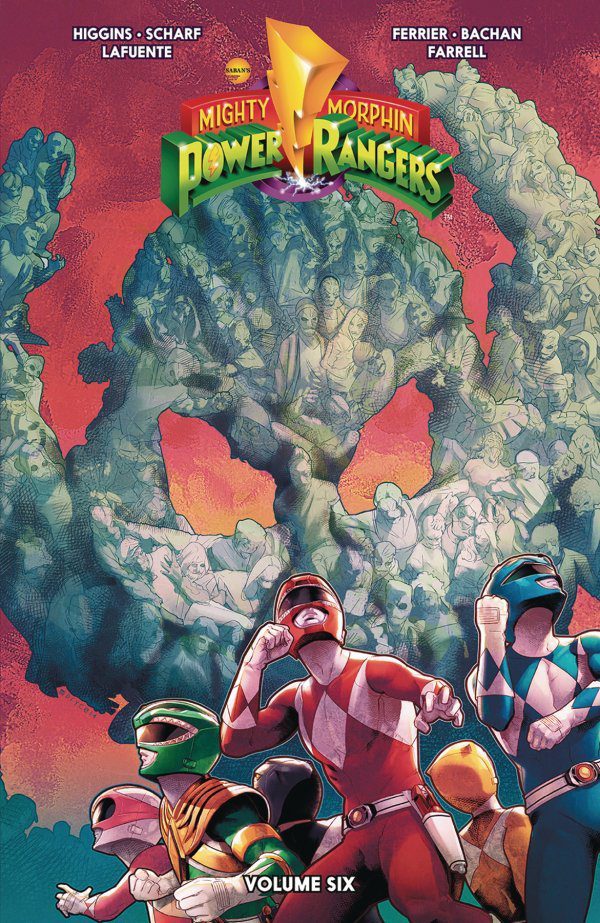 With this new trade of Mighty Morphin Power Rangers, you embark on a new arc with these five issues as the team are in a bit of a crisis and have to work with a former red ranger. Grace Sterling comes in and shares her story of being a ranger, which had a tragic ending with the lost of her other team members. Now she’s the head of an R&D facility called Promethea and with it, she wants to protect the world and make it a better place. With Finster’s current plan of having his monsters hide in plain sight on the world, the power rangers definitely need help to keep an eye on the earth as these monsters attack. We see a lot of great things from our characters here such as the team really wondering how much they can trust Zordon if he’s only wanting to share so much information.

It’s definitely important to be able to question your leaders and it doesn’t always have to be due to doubt, but just to have better transparency and in the end, can help each other grow to make the team stronger. Jason goes through trust issues with Grace as he is thinking about his team first and Billy is explored about opportunities in life after being a ranger. Kimberly and Tommy continue to try and work on their relationship so that they don’t affect the team in a negative way, especially when they have to fight. Throughout the issue, we’re also treated to some great action panels with the monster fights from normal size to giants.

The art team here gives us a bit of a darker mood in our rangers. It’s very fitting though as everyone is a bit on edge with what’s going on and it never feels like things are going to be all ok even after they finish their fights with Finster’s monsters. What I really enjoyed form the art team here is that it really pushes the serious tone that they’re all going through personally in this trade. Jason seems to really be set on being a ranger for long term where Billy definitely wants to explore other things. It shows the life isn’t easy for them but they’ll push through no matter what and will always support each other. This trade could’ve just been a filler prior to the Shattered Grid event but it really puts a lot of things in perspective for our characters and the kind of persona they want to be and that’s why Mighty Morphin Power Rangers is one of the best team books out there.