Monster Hunter is one game series that I believe to be fairly intimidating to get into. None of the previous games have done a great job explaining all of the mechanics to newcomers, except maybe Monster Hunter 4 on the 3DS with its story mode. Luckily, it looks like that’s about to change with Monster Hunter: World for PS4.

Monster Hunter: World is currently in open beta for PlayStation 4 and is free for all PlayStation Plus users to download and play, and it’s pretty fantastic. The game is so rich and alive, filled with all sorts of creatures to hunt and examine. Every creature really feels like an actual living being, going about their business and their lives. In my experience I was observing a pack of small, peaceful creatures when suddenly the giant monster I was supposed to hunt came out of nowhere and began to fight with the smaller creatures, ending with the large monster swallowing one of them whole and the rest of the small pack fleeing in terror. It makes the world feel so dynamic and gives it a sense of scale that really blew me away.

Speaking of sense of scale, the map in this demo is huge. You could spend the entirety of the 20 minute given time limits for these hunts just exploring and finding all of the little details that this game has to offer. No longer is the map split into several small areas connected by load screens like they were in the previous handheld titles, but instead it’s a fully realized forest setting, with no load screens between areas. This along with the local flora and fauna of the game, makes the world feel like something truly special, and one that I could spend hours visiting, hunting, and collecting materials. 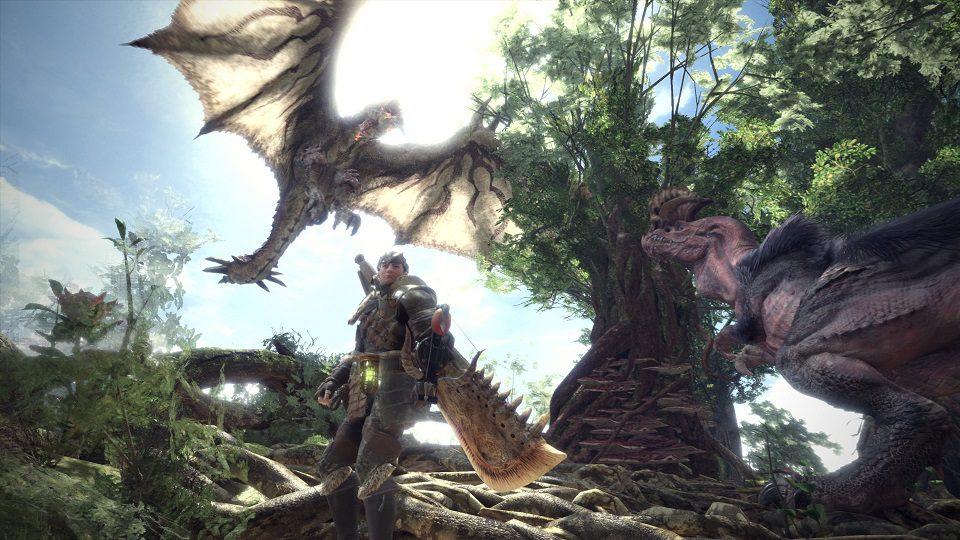 Materials in the earlier Monster Hunter games were used to create all sorts of different things for your character such as armor, weapons, potions, and other such useful objects. So far in the beta, I haven’t come across much of a use for them, but I’m sure the full game will be filled with all sorts of different pieces to craft.

Another part of the game that returns from earlier entries are meals. Meals can be prepared at the camp at the beginning of each hunt, and eaten to give all kinds of different status buffs that will be incredibly helpful in your upcoming hunt. This includes supports like damage boosts, defense boosts, elemental resistances, and much more.

As I said earlier, this one feels like it will be much easier for new players to jump into, thanks to a few new additions made to the structure of the game. You now have a guide that pops up at your camp during the hunts that will give you small pieces of advice. Another great new feature for new players are the “scoutflies.” Scoutflies help you track your prey and allow you to easily find footprints, trampled grass, and other markings that these monsters may have left behind. It makes for a much more streamlined experience and is much easier to jump into. Also, the scoutflies are completely optional, so if you don’t feel like using them, just ignore them and search for the monster yourself. 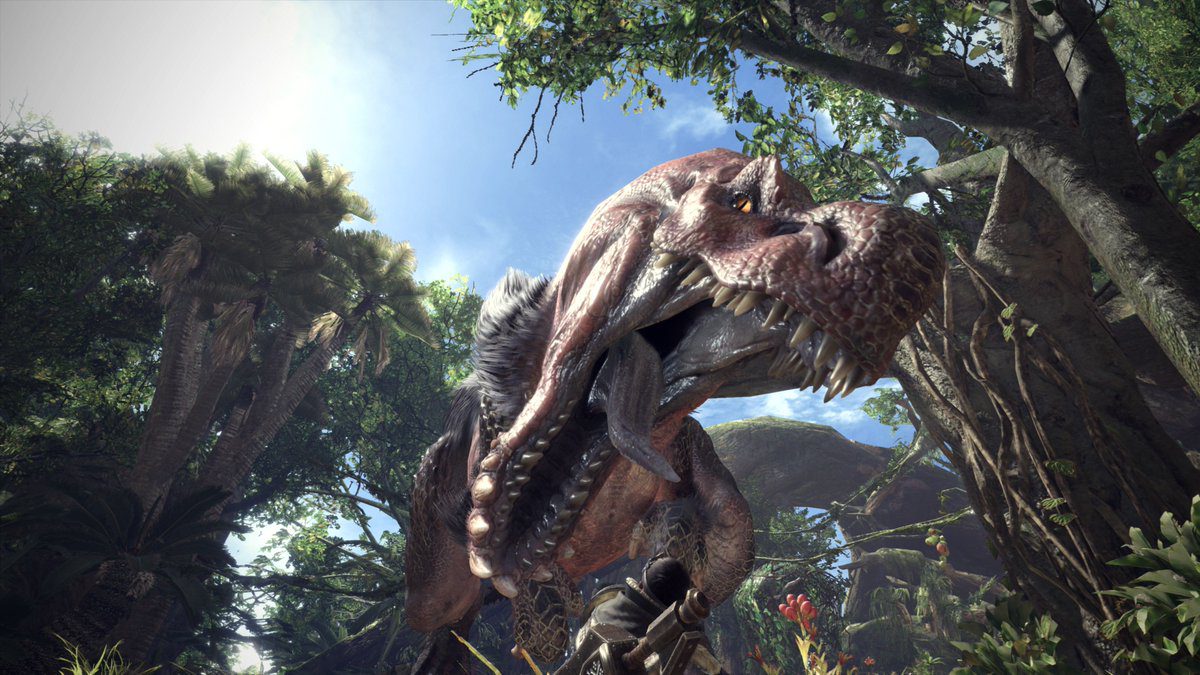 Personal play style is a huge factor in the Monster Hunter series, with all sorts of different weapons and armor sets to play to each player’s strengths and weaknesses, and this one is no different. Like to swing a big sword around? Go for it. Want to hack and slash rapidly with a pair of dual blades? You can do that too! The possibilities are so expansive and really allow the game to open up for all sorts of different players.

So far the beta has me incredibly interested to see what can be done with the franchise on a full-fledged system, and I can’t wait to play the full game when it releases on January 26th, 2018. If you have a PS4 and a PS+ subscription, I highly recommend giving this a shot. Happy hunting!