More Nostalgic Than Magicial a Beauty and the Beast REVIEW

The Good
One of the best highlights of this film were the interesting backstories for some of the characters. I wanted to see more of them, but this time we get to see a little bit more as to what shaped the Prince/Beast. We also get a little backstory with Belle too. Seeing as though the majority of the story is pretty much the same as the 1991 animated film (aannnnnd now I feel old), it was nice to see something new to the story that we may not have known before.

As you can probably tell from the trailers, the visuals are indeed captivating and eye catching. The animation of the servants were done very well, and nothing that you wouldn’t expect from Disney. There were some humorous moments that will get you to chuckle here and there. Beyond all that, kudos to Disney for clearly showcasing a very obvious diverse and inclusive cast depiction of the film.

The servants, like Lumière or Cogsworth, were certainly entertaining. Probably the one standout character was Luke Evans as Gaston. He definitely embodied the arrogant role for the entire movie. 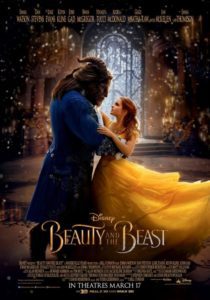 The Bad
For some reason, maybe the pacing, the movie felt unnecessarily longer than it needed it needed to be. Besides the brief backstories about the characters, there really wasn’t much else about the film that was new. I suppose I was kind of hoping that this live-action version would take a similar route to the Jungle Book (2016), which did show a slightly different adaptation compared to the animated version.

Despite the famous songs that were sung (“Beauty and the Beast”, “Be Our Guest”, etc), even the new additional songs lacked the capacity of being memorable. For those who may not be a fan of musicals, this movie was pretty heavy with the amount of songs performed. (I think I counted 13 or more songs possibly.)

Not sure if this would quantify being good or not, but it was kind of difficult to pinpoint the intended audience for this film. It felt more like something for teens to adults (who had seen the previous animated film) and not as welcoming for new and/or younger audiences. Along with that, due to their more inclusive measures taken with some characters, it may cause some divisive opinions to be made by some audiences. (Whether those opinions are warranted or not, I’ll let you be the judge.) I think that by over emphasizing the intentionality of being more inclusive may rub some people the wrong way. While I personally have no issue with being more inclusive, I do think that it becomes counter productive of trying to normalize something when it does get highlighted specifically in a film.

The Reason
Overall I’d probably say that this live action version of Beauty and the Beast was more so nostalgic than it was magical. Maybe those who enjoy musicals will appreciate and like this movie more than I did. It simply just didn’t move me the same way that the animated film did when I was younger. (And I was a fan of the animated film too.) I wanted something new and different in this film while still connecting with that sentimental feeling. Unfortunately there wasn’t enough “new” and there was only a long trip down memory lane.

Regardless of how I personally felt about the movie, I still think that others will enjoy it. Parents, I wouldn’t really advise this for kids under 13 years old. There really isn’t much silly or animated humor that would keep the average kid’s attention. Also as I mentioned, some parents may or may not be comfortable with some of the suggested themes in the film for young children. (Again, you be the judge.) I would say to really base your thoughts on how the trailer made you feel. If you love musicals then you’ll probably enjoy this live action film. It’s theater-worthy for you. If you loved the animated film and are hoping to recapture the magic from your childhood, I’d probably say you could hold off for the time being. 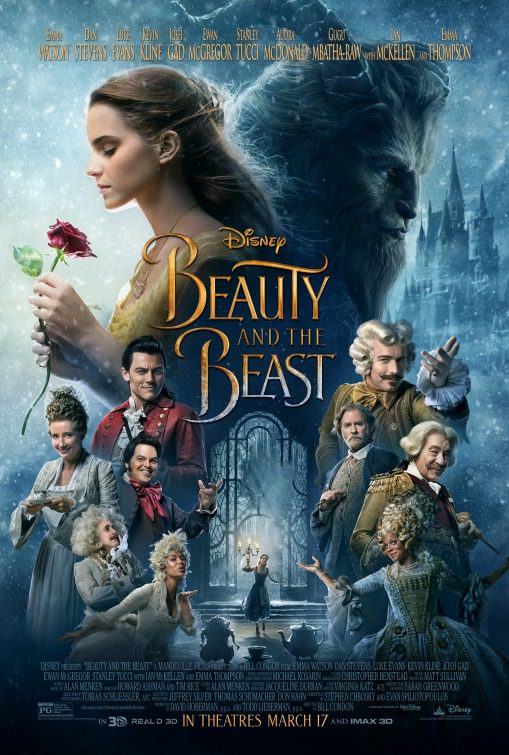