We here at We Have a Hulk Podcast were lucky enough to talk to Jason David Frank about his role as Bloodshot in the upcoming live-action series  Ninjak Vs The Valiant Universe. JDF will be starring alongside Michael Rowe as Ninjak and Derek Theler  as X-O Manowar in the Valiant Digital and Bat in the Sun’s original series.  The former Green Power Ranger told us he originally got involved in the project when director Aaron Schoenke approached him about working on a White Ranger Vs Scorpion episode for the Super Power Beat Down web series. JDF then saw his work and thought it was so good – he jumped right on board with the Valiant project.

Bloodshot was created in 1992 by Kevin VanHook and Yvel Guichet and first appeared in Eternal Warrior #4. The character is a super soldier engineered by secret government organization Project Rising Spirit with billions of nanites in his bloodstream, enabling him to regenerate with enhanced speed and strength.

Jason David Frank also shared the following exclusive Bloodshot image with us, check it out below! 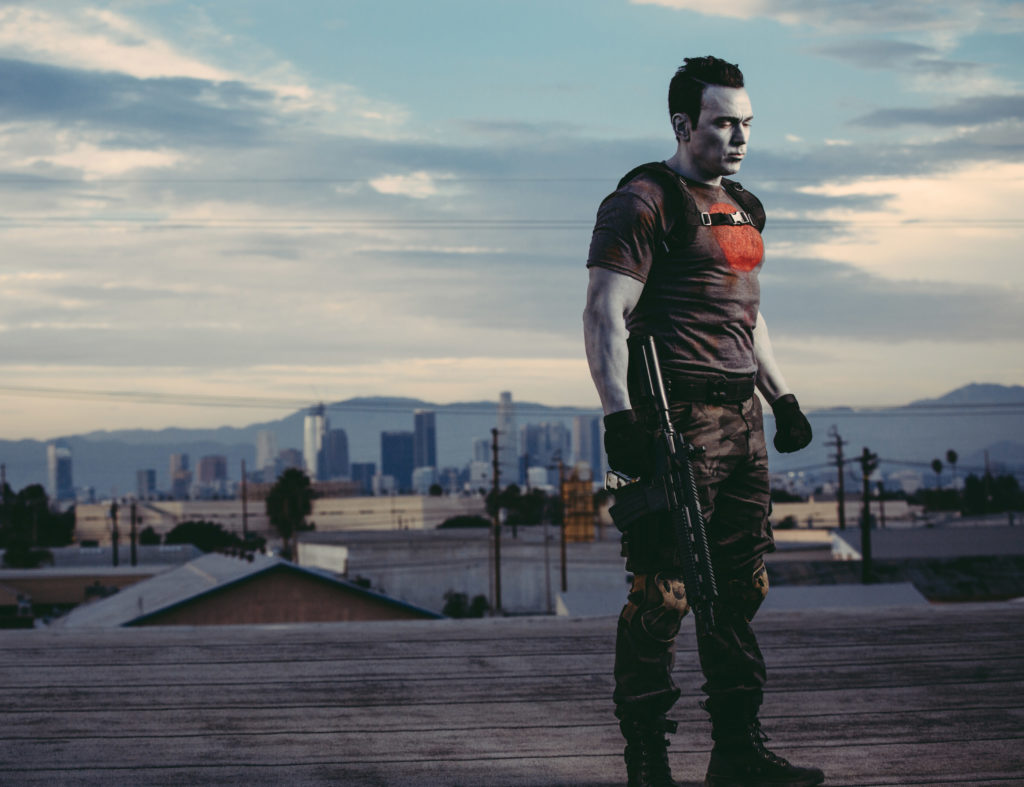