We’re only six months away from the very long awaited third movie in the Bill and Ted series and a new picture has just been released. As reported also on EW.com, we see a new picture of the triumphant duo in less than excellent attire. It is very stylish but alas it’s more wedding chic than rock and roll.

With an expected release date of August 21, Bill and Ted Face the Music will be at theatres just over 29 years after the previous sequel. Along with returning leads Alex Winter (Bill S. Preston) and Keanu Reeves (Ted “Theodore” Logan), the film will be bringing on actresses Samara Weaving and Brigette Lundy-Paine as the daughters of the duo. 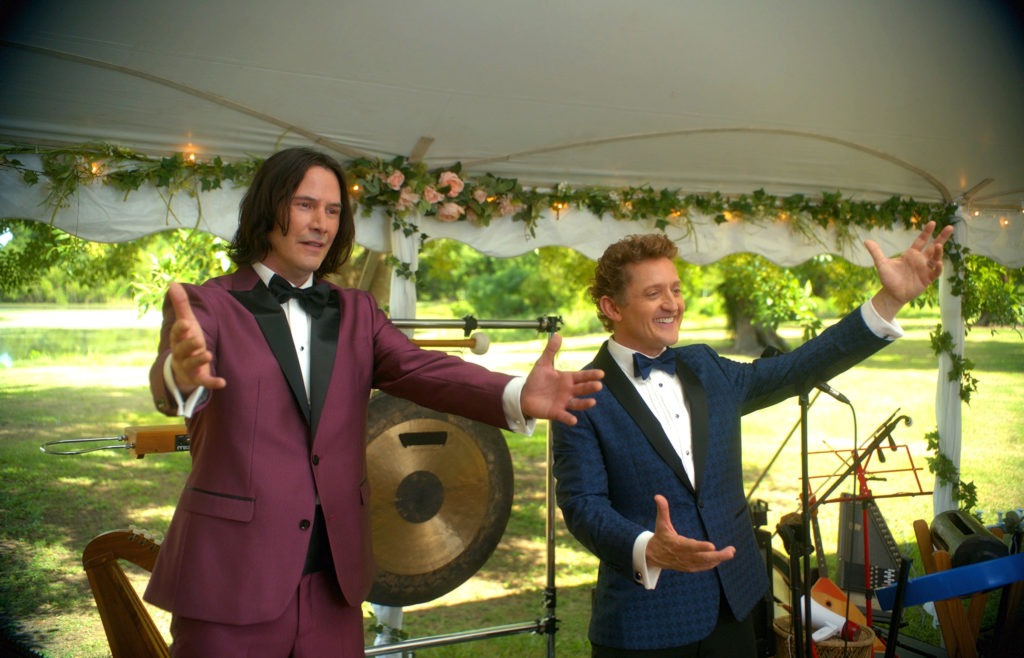 The time travelers in the phone booth were first seen in 1989’s Bill and Ted’s Excellent Adventure which helped spark young Keanu Reeves’ career. The second film in the series, Bill and Ted’s Bogus Journey, came out two years later. Both have been cult classics and this third installment hopefully will bring back the sheer excellence of the pair.