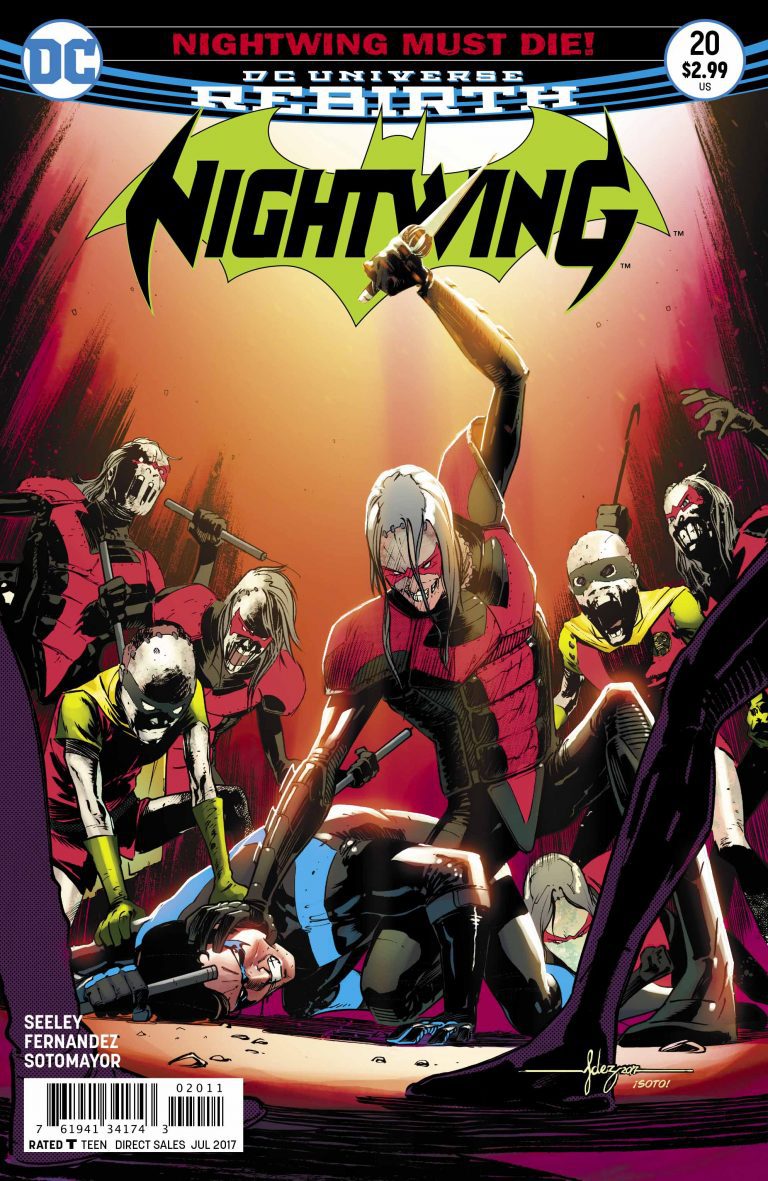 The “Nightwing Must Die!” storyline ends with this issue. The love letter to Grant Morrison’s epic Batman and Robin run, leaves you confused but wanting more, much like most of Morrison’s run.

Dick spent most of the issue suffering the effects of the special knife that Doctor Hurt stabbed him with. He saw a Punisher-esque version of himself, that I would love to see more of. It kind of reminded me of the Batman #666 issue where future Damian Wayne has taken over for his father and the world has become an absolute mess, very post apocalyptic. I love elseworld stories, and I love possible future ones too, so I hope this isn’t the last we see of this. This whole sequence was used as a way to highlight why Batman has always considered Grayson stronger than him. Dick refuses to let anything break him, even after an epic fight or trGic event, he continues to see the good in people.

Have you seen this:
The Mandalorian Season 2 Finale "The Rescue" (Review)

If you’re like me then you feel like Damian’s involvement with the bat-family has been lacking since his death. Tim Seeley has tried to single handedly fix that with this story arc, and it has been fantastic. The brotherly bond Nightwing and Robin share was strengthened, which is one o 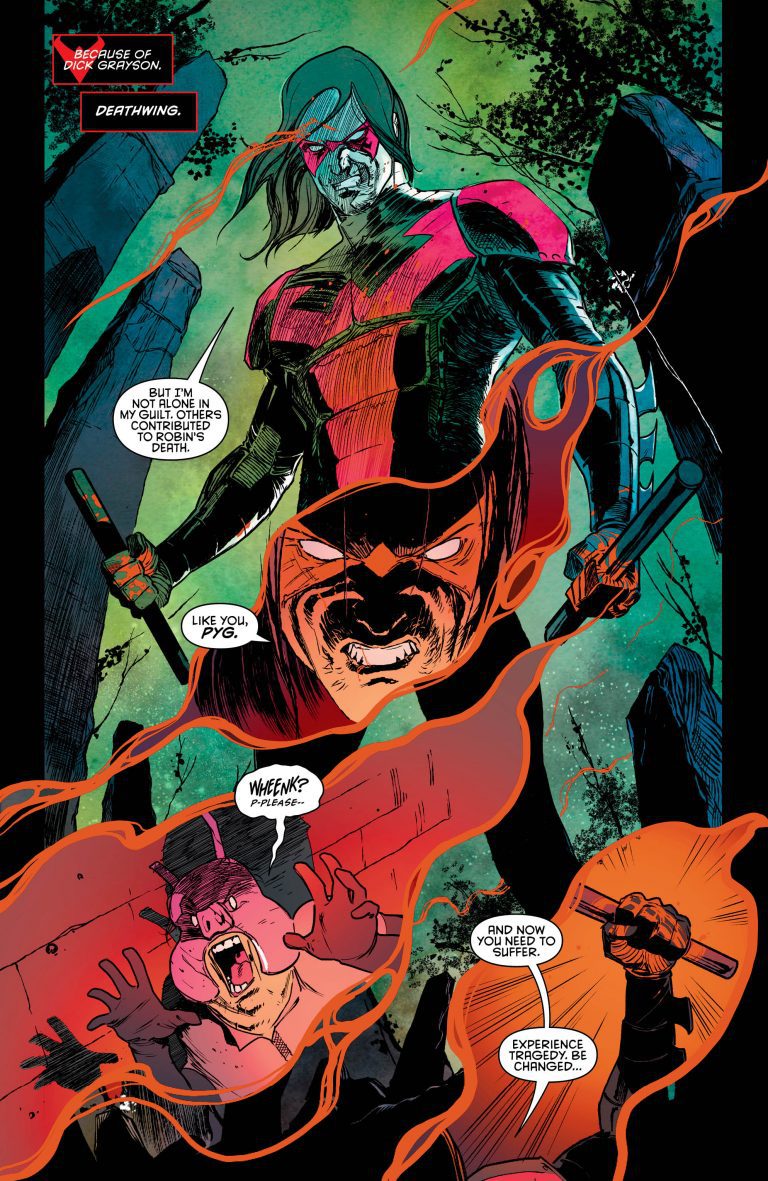 f the best possible outcomes for this story arc.

A lot is left in the air at the conclusion of the issue, which is a bit bothersome. We never found out who or what brought Hurt back, and why they pointed him to Nightwing. With Professor Pyg and Doctor Hurt still on the loose, it does indeed look like this might be a slow burn storyline, which is exactly what I wanted. There was so many things introduced in this arc, it would be a shame to lose it all so soon. Deathwing, who has ultimate reveal moment, needs to return as well. Whether it be to rehabilitate him or to turn him truly bad, I would like some closure.

Have you seen this:
Nightwing #83 (Review)

I admit, it took me a while, but I’ve really started to enjoy the art of Javier Fernandez. The art team was at its best during the darkest moments of the story. I really loved all the mysterious and creepy moments in this issue. Seeing Deathwing intimidating Professor Pyg, or when Shawn pictures all the villains faces together. There are some great panels in this issue that will no doubt become my cell phone lock screen soon.